Ruinous Empathy of a Scrum Master 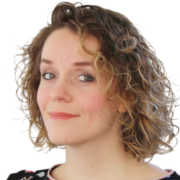 You must have heard about the Radical Candor book and its quadrant model. Today I want to talk about how you can apply this model to a Scrum Master role. And because empathy is an important trait for a Scrum Master, I would like to focus on how this trait might get out of hand by using the radical candor model.

The Four Quadrants of Candor

I’m not going to review the book, obviously, however, I want to talk about where you are most likely to find Scrum Masters and how it can define their success.

In the book, Kim Scott, the author, talks about how to be a great boss (or in the case of a Scrum Master, a great leader) you should care personally and challenge directly. That is when you can be radically candid and help people grow. That is the best spot to be in, for sure, as it allows you to create both trust (from caring personally) and transparency (from challenging directly). And trust and transparency are the foundational blocks of successful Scrum.

If you don’t care personally, but are very good at challenging directly, you end up being obnoxiously aggressive. If you don’t do any of the two, you end up being manipulatively insincere. I’m pretty sure you’ve just thought of a couple of examples of people sitting in those quadrants from your previous or current jobs. We’ve all had similar experiences.

Now, the most interesting quadrant in the model for us, Scrum Masters, however, is the last one. If you care personally but do not challenge directly, you end up being ruinously empathetic.

What does it actually mean for a Scrum Master?

To be a great Scrum Master and to enjoy this role, you need a certain set of skills and traits. While skills can be learned along the way, traits are more difficult to change. Yes, our personality is not set in stone. However, if certain ways to act are not natural for you, playing a Scrum Master role will most likely be extremely uncomfortable and unenjoyable.

Because Scrum Master is a servant leader, one of the most important traits to have is genuinely caring for people.

Scrum Master role by default makes you a caring person because your success depends on the success of your team. And, in addition, you usually don’t have any authority on people in your team. You just can’t play this role properly if you don’t care.

Caring for the people on your team as a Scrum Master often means that you want to solve their problems and make the team’s work-life more fulfilling and enjoyable. There’s a risk of falling into a misunderstood Hero stance of a Scrum Master, but that’s not the topic of this blog post.

Scrum Masters Who Care Too Much

It’s easy to see how good Scrum Master usually find themselves in the top part of the Radical Candor model where they care personally.

Unfortunately, because for Scrum Masters caring personally is a given, when they can’t be radically candid, they often tend to fall into ruinous empathy. Living in this quadrant is the worst act a Scrum Master can do as part of the role. And I’m not exaggerating when I say this.

Let’s look at what are the potential results of ruinous empathy. When we care too much we forget to tell people honest feedback because it can be hurtful, it can be badly received and it can be even misinterpreted. As a result, a Scrum Master living in the ruinous empathy quadrant might end up:

And many more sub-optimal behaviours that undermine the success of Scrum.

Do you have other examples? Share in the comments below.

Scrum Masters Who Are Obnoxiously Aggressive

Remember, that one of your accountabilities as a Scrum Master is to promote and support Scrum, and in Scrum transparency is essential. Without transparency, you can’t inspect and adapt, and hence, can’t get the full benefits of Scrum.

As Kim Scott says in her book, the second-best option after radical candor, is obnoxious aggression. If you can’t be radically candid, at least be open and direct with your feedback - be transparent. Even if people hate receiving obnoxiously aggressive feedback, after all the negative feelings calmed down, you can do something with this feedback and improve.

While caring about people is an important trait of a servant leader, it’s best if you become too direct, then too caring. With obnoxious aggression, at least you have transparency which allows your team and organization to improve continuously. They might not appreciate it at the moment, but they will benefit from it in the future.

Being a servant leader also means that you need to help your team to grow and be successful, and sometimes it means letting go of caring.

Scrum Masters Who Care Enough to be Obnoxiously Aggressive

I really like the example Kim Scott gives in her book about an Olympic team coach, who was disliked by people on the team because he pushed them all the time. In reality, we find out later that he really cared about the team being successful.

This story makes me think, that as a Scrum Master you need to have the courage to do the same thing, even if it displays you in a negative light. I would even say, that if you really care as a Scrum Master, you’ll always choose to be direct and transparent, instead of being nice and overly positive.

If you can’t be radically candid, care enough to never fall to ruinous empathy and have the courage to be obnoxiously aggressive instead to build the required transparency. Then work your way up to radical candor. P.S.: Did I butcher the radical candor model? I did. Did it help me get my point across anyway? Hopefully.