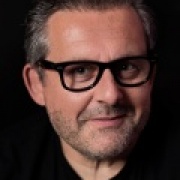 Breakout rooms in Zoom were a life-saver for many facilitators, trainers and Scrum Masters in recent months. As many of you probably already know, those breakout rooms aim to allow smaller groups to work independently. That increases engagement of each participant.

Imagine situations in Sprint Retrospectives, Product Backlog refinement or pair programming in Scrum. Or more general in Liberating Structures and Open Space in particular. How can a virtual event facilitator get out of the way and let a group self-organize? Letting Zoom or the facilitator do the assignment does not feel liberating at all. The assignment by the facilitator is also incredible slow. 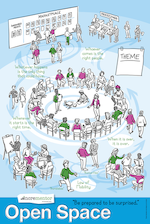 The only caveat is that the participants need to run the app version of zoom. The browser version is not yet supported, but that is something that can easily be communicated in the invitation to your event. If you are now interested to learn more about Open Space, here is a free agile poster series that makes for example the Open Space principles transparent. I also a short video of a sample Open Space introduction.