I had a discussion at work on ethical behavior and what this would actually mean.

I personally think the 'moral duty' in the definition comes closest to violating the scrum values or knowingly not adding most value, but they collectively thought of way worse things, like going for drinks all day when the manager is on holiday instead of working.

What would you consider unethical behavior for software developers or more specifically in a scrum team?

Can you think of an example of unethical behaviour that doesn't also show disregard for the Scrum Values?

In the case of going for drinks when the manager is away, I think it depends on whether the team are still able to deliver what is reasonably expected of them. At its best, they could be self-organizing, and will get the necessary work done at a time and in a manner that works for them and the organization. That would be fine, in my opinion.

But I believe the implication is that they are just finding a way not to work, and in that case would appear to be disrespectful, secretive, unfocused, and uncommitted.

In my experience, most Scrum or Development Team behaviours that can be branded as unethical can usually be linked to a cultural or systemic problem in the organization. I would be reluctant to label anything as automatically unethical without first giving the team an opportunity to explain themselves.

Unethical behavior may include succumbing to the pressure to change Scrum rather than deal with organizational change. For example, there may be pressure to revise what the Scrum terminology means. Transparency is then lost and stakeholders are unlikely to obtain the benefits they expect from an agile way of working.

@Ian, how is changing Scrum unethical behavior? Many teams in reality try to customize/change it in the real word... Perhaps I am understanding this wrong?

On the subject of ethics, what kind of behaviour is considered unethical from a Scrum team's perspective? Is technical debt unethical for example because it prevents transparency to stakeholders? Are there any other common examples of unethical behavior ?

@Ian, how is changing Scrum unethical behavior? Many teams in reality try to customize/change it in the real word.

What is the effect on openness and transparency when the result of this is still called Scrum, and when Scrum terms continue to be used? How are people's expectations regarding benefits & outcomes impacted?

What is the effect on openness and transparency when the result of this is still called Scrum, and when Scrum terms continue to be used? How are people's expectations regarding benefits & outcomes impacted?

People may become less open about their feelings and may be less transparent to avoid any punishment. I am not sure if I addressed the second question in the first statement but otherwise I do not know the answer to that. 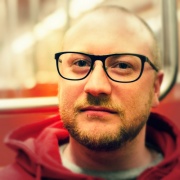 This article might not answer all your questions but I think it might give you some useful insights.

I am going to start by stating this is my opinion and no one esles.  I will also provide this definition of unethical from https://www.merriam-webster.com/dictionary/

not conforming to a high moral standard : morally wrong : not ethical

I am going to go out of the norm as I usually do.  I don't really see that there is anything in Scrum that addresses ethical behavior.  Sure, the Scrum Values provide a basis for behavior that results in good teams and quality delivery. But someone can do all of those and not have what I would consider good ethics.

Ethics are more cultural norms than professional as they are about conforming to a high moral standard. If a company cuts corners to make a profit is that unethical?  It depends on the corners and the person judging. Some may say no while others will boycott the company.

What would you consider unethical behavior for software developers or more specifically in a scrum team?

Honestly, I am not sure I want to share my thoughts on this as I prefer to keep my professional and personal opinions to myself.  There are a lot of people I respect professionally as brilliant at their job but personally I want nothing to do with them. And there are there are also people I think are the absolute worst at their job but personally I admire and want to be good friends.  In no way do I have an ethical/moral opinion of their professional behavior that really matters in the context of do they provide value to the company based on the requirements presented to them.

I would consider any behavior that violates the scrum values of Commitment, Courage, Focus, Respect and Openness as unethical in this scenario.

@Jasper, I've read that article before, it might cause a deviation from the current subject but I see some parts of it applicable here. Though I still find the ability of a Scrum Master to remove a team member as not feasible without the support of management as this would give some form of authority to the Scrum Master. I am really not clear on this area to be honest. 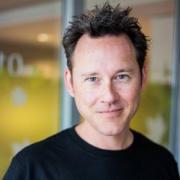 There are three main branches of ethics in Western philosophy to consider: Virtue Ethics, Consequentialism and Deontology.

The only virtues of mind and body we really have in Scrum are the Scrum Values, Transparency and Empiricism. So, if someone were to behave in a way that was contrary to those, then it would be classified as unethical behaviour.

Consequentialism is about the end justifying the means and how do we create the most amount of good. Working software and the increment is the outcome, so even if we change Scrum's rules but create working software, it would be ethical under consequentialism.

Deontology is a theory of moral obligation that looks at whether actions are right or wrong based on a set of rules. Scrum's only real rules are likely empiricism and thereby Scrum's events. If a team didn't attend events, and didn't engage in activities of empiricism, then you could say that, under deontology, they were acting unethically.

There are three main branches of Western philosophy that help us understand what ethical and unethical behaviour looks like: Virtue Ethics, Consequentialism and Deontology.

Virtue ethics is about character rather than doing one's duty or acting in order to bring about good consequences. In Scrum, it’s values, empiricism, and transparency are its ethics. Acting unethically would be behaviour that ran contrary to Scrum’s values: not having focus, not being open, etc, and not being transparent.

Consequentialism is about the ends justifying the means and whether the sum total of good outweighs the bad. If the end is about working software, team members could behave in a way that doesn’t align to Scrum’s values, or even change Scrum, but if they produce their increment then they would be acting ethically.

Deontology relates to whether an action is ethical based on a series of rules, rather than based on the consequences of the action. Unethical behaviour in Scrum under Deontology would reflect team members not attending key events to undertake empiricism.

Working on something that is not in the focus of current Sprint, not respecting the roles and its responsibilities, anything that against the Scrum Values, disrespecting the Agile Manifesto values and principles, producing an increment that is not “ready to use / ready to release”, anything that lower the transparency of the Scrum artifacts, lowering quality standards of the product, not sharing knowledge, not holding the Scrum Master accountable for the framework, not holding the Product Owner for the valuable product, not attending Scrum events, etc.

Scrum is an organization that cares about values and ethics the most, I believe that being disrespectful is not good and about the manager going for drinks, Everyone should deliver productive results and then they should be responsible and self-organising.

The communities' values and rules should be respected every time, and people who are not following the rules should follow it.