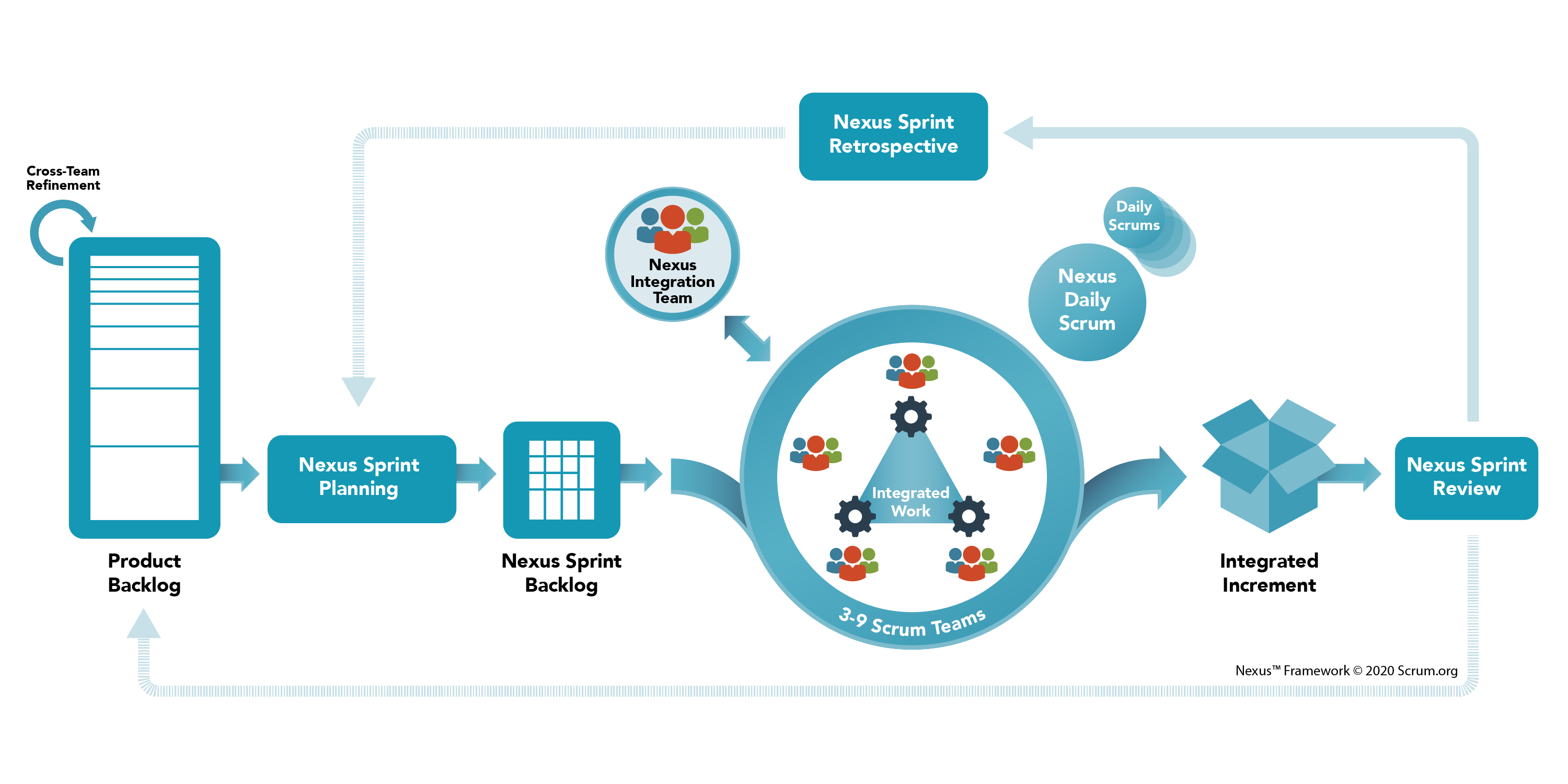 Why Scale Scrum with Nexus?

Scrum is a simple framework for delivering products using an empirical approach in which teams deliver value in small increments, inspect the results, and adapt their approach as needed based on feedback. It consists of a small set of events, accountabilities, and artifacts, bound together by practices, and enlivened by values that are the key to making it work.

Nexus builds upon Scrum’s foundation, and its parts will be familiar to those who have used Scrum. It minimally extends the Scrum framework only where absolutely necessary to enable multiple teams to work from a single Product Backlog to build an Integrated Increment that meets a goal.

A Nexus is a group of approximately three to nine Scrum Teams that work together to deliver a single product; it is a connection between people and things. Nexus seeks to preserve and enhance Scrum’s foundational bottom-up intelligence and empiricism while enabling a group of Scrum Teams to deliver more value than can be achieved by a single team. It does this by helping these teams to reduce the complexity created by cross-team dependencies that they encounter as they collaborate to deliver an integrated, valuable, useful product Increment at least once every Sprint. 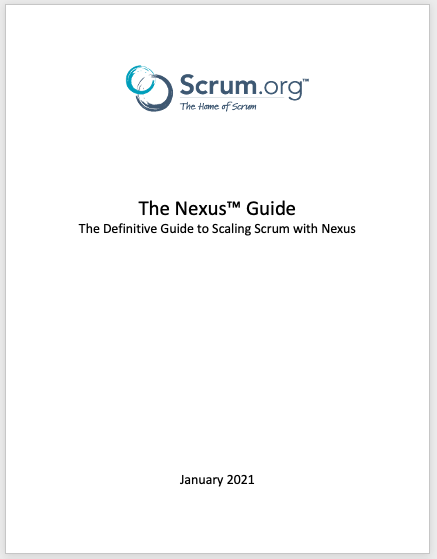 Nexus is based on the Scrum framework and augments Scrum minimally.  The Nexus framework was created by Ken Schwaber, co-creator of Scrum, and was released by Scrum.org, along with a body of knowledge, the Nexus Guide, in 2015 and updated in 2018 as well as 2021. Listen to a podcast discussing the changes here. 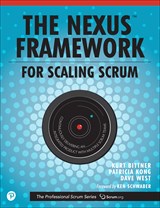 The Nexus Framework for Scaling Scrum is a concise book that shows how Nexus helps teams to deliver a complex, multi-platform product in short, frequent cycles, without sacrificing consistency or quality, and without adding unnecessary complexity or straying from Scrum’s core principles. Using an extended case study, the authors illustrate how Nexus helps teams solve common scaling challenges like reducing cross-team dependencies, preserving team self-management and transparency, and ensuring accountability.

As with Scrum, Nexus alone isn’t enough for success, but it helps drive to the heart of the scaling issue – continually identifying and removing dependencies created by increased complexity.  You will also need several techniques to bind the work of the Scrum Teams in your Nexus and that is why we have developed and reformulated over 50 practices to help you launch and sustain a Nexus predictably.

Listen to Ken Schwaber and his thoughts on "What is Scaled Scrum?"

eimagine Uses Nexus to Replace Legacy Systems and Manage Scale
This case study talks about how eimagine and its client used Nexus helps expedite delivery of critical services to 58,000 senior citizens in need of social, health care and community services.

Cathay Pacific Airways Makes Nexus Their Official Scaling Framework for IT
In 2015, Cathay Pacific had a major project on their hands which concerned the development of a new Internet Booking Engine (IBE). They needed a framework that would help them deliver within a specific time line. They chose Nexus as their framework and increased product delivery by 200%.

Avanade Uses Agile to Accelerate its Digital and Business Transformation
In this case study, we explore how Avanade uses Scrum and formed a Nexus+ in their organization to drive their digital and business transformation, while driving progress toward becoming an agile enterprise.

How Lola Tech Leveraged Nexus to Increase ROI and Cut Costs for Client
In this case study, you will learn how a major US Airline used the Nexus framework scaled across more than 10 teams in what is considered Nexus+ to kick start their agile transformation with globally distributed teams resulting in dramatically decreased time to market and increased ROI.

How Net Health Scales Scrum with the Nexus Framework
Prior to implementing Scrum, the company utilized a Waterfall Approach, which did not include iterative or integrated development. This led to inaccurate timeline prediction and fixed-scope releases, driving their need and desire to switch to Scrum, and then Nexus.

HVAC Manufacturer Implements Nexus to Deliver Multi-Website Redesign
A market leading international manufacturer of HVAC equipment in Germany was challenged with redesigning their online presence. Their more than 80 websites needed to be consolidated, redesigned, and implemented on a new CMS.

Major Asian Airline Uses Nexus Framework
The airline’s senior leadership and business unit heads issued a mandate to start being agile. To accomplish this, one team of IT developers focused on mobile applications adopted Scrum, and then scaled to the Nexus framework.

Terminales Scales Software Delivery with Nexus
The IT group within Terminales Portuarios Peruanos, a leading
port and storage operations facility, was working to align business objectives to development and improve time to market for delivering software.

Security Software Product Company Uses Nexus Framework
In 2016, a leading security products company adopted Scrum to support teams working in complex product development, in order to make the organization more adaptive and able to react faster to change. They later saw the need to scale and used the Nexus Framework to do so.

This course is designed as an activity-based workshop where students develop a collection of skills that can be applied to overcome challenges when scaling Scrum. In this two day class*, students work together in a Nexus to organize and simulate a scaled product development project. Throughout this case study based class, common challenges in scaling are presented and more than fifty practices for overcoming them are revealed. Some of these practices rely on what we already know about Scrum and Nexus, and some are complementary techniques that members of the Scrum.org Professional Scrum Trainer (PST) community have found to be successful while helping their clients scale Scrum.

Where to Find More

There are many resources including videos, blog articles and more related to Nexus. Go to the Resource Center and to find more.