Anyone Using Nexus Framework in Real-World?

I wonder if anyone on the forum is inside an organization using Nexus Framework for scaling scrum? If yes, can you please share your ideas and experiences about implementing Nexus in real-world scenarios? 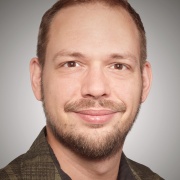 We've implemented it in an environment of four teams on "kind of" a single product. Actually, it was one team working mostly on the core framework and functionality, while the other three teams did customization of the product for customers and implementation of additional features for the customer which were merged back into the core framework around twice a year after it was successfully introduced with one customer. So it was more of a "one product, with lots of temporary variations of the product".

From my experience, Nexus worked out quite well. But we didn't have a nexus integration team. This was mostly because we did not integrate the work back into the core framework every sprint, but around twice a year. And dependencies between teams were solved during the other nexus meetings. On a larger scale or with one integrated product, we might have introduced the NIT as well, as it is a really good idea to have someone taking care of this when there's a lot of dependencies and integration work to take care of.