What does the scrum master do in the following situation

Hello, everyone, first time that I am posting. Even though that I am a proud holder of PSM and PSPO, sometimes I find myself into situations, where there is no right and wrong answer and quoting scrum value, principles or even if you like the scrum guide doesn't cut it. I think the lack comes from the so called "techniques" that the Scrum Master should posses in his sleeve so that we would "drive" one successful scrum team but there is a lack of information what exactly would those "techniques" be.

Here is what I am talking about:

1. In Scrum we do not have team titles *but* what happens when we have a developer that doesn't want to test the piece of functionality that he is working on but rather pass it to another member saying your are better tester then developer, so I deliver and you will test? I mean here comes the idea that the dev team choses how to best accomplish the work for the sprint but in this case the Scrum Master if he sees such thing, what he will do? I mean I am looking for a specific "techniques" because coaching scrum terminology won't work (or at least imagine the developer is really stubborn). How can the Scrum Master approach such situation and is there any "Technique". I would like to see different opinions from other Scrum Masters, how would they approach such situation?

2. Another situation would be where there is one person within the Dev Team who merges the pieces of code (functionality) in the branch/repo etc and is this a good thing or a bad thing? As again the dev team chooses how to best accomplish its work but what happens if the goes on vacation or he's ill, does he becomes a bottleneck in the team? Because for me if let's say in team of 6 people, if everybody merges their code to the repo, there is a huge chance in the end everything to be completely broken. In the end of course they as a team are accountable to ensure that the functionality is potentially releasable but are there any specific approaches in such situation, what technique will the SM use to coach the team?

Thanks in advance for every answer and would appreciate if someone can recommend a book with such situations or a book of techniques for Scrum Masters.

What problem are you actually trying to solve here? Do you have any evidence that these skill-silos are genuinely causing problems, such as waste due to hand-offs, idle time or bottlenecks?

Do you have any evidence, or reason to believe, that should those problems occur team members would be unable to organize themselves differently and resolve them?

One of the tools you have is the Sprint Retrospective.  You also have emperisicm - make decisions based on what is observed and known. If you have evidence and facts that there are problems, bring it up with the Development Team.  As Scrum Master you are their mirror.  Reflect back your observations, and ask them how they feel about these situations, and how might the solve them.

Don't make it personal, and focus on process.  You could say "I observed that the entire team relies on one person for merging code, do we have a risk there?".  "Are we covered when he/she goes on vacation?".   If the team feels comfortable and does not want to act, let it go.   If the person goes on vacation, and the team is unable to handle the merges, you can use that moment to ask them again, based on evidence.

Be curious - ask questions - and let the team come up with the answers.

Hi - I have a slightly different problem: it's not the team of developers - they are working well together and individually - but the Product Owner who is not performing as she is supposed to.  In that case as a Scrum Master, what are my options?  Should I go to the PO's supervisor i.e. the CIO and talk about it?  What if the CIO decides to do nothing?  What's the Scrum Guide's view / direction on this if the problem is with the PO?

Thanks in advance for your help and advice. 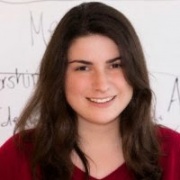 Hi Vasil,  these are good questions! Here are my thoughts:

1. In some cases, I think it is appropriate for team members to pass testing responsibilities to other members of the team, so long as the team agrees this is the best solution.  Some developers are highly talented engineers in test and are passionate about telemetry, and if that is the situation, perhaps it makes sense to play to their strengths. However, if this happens on a regular basis, the team can start to bifurcate into a "dev team" and "test team" with waterfall development happening within the team.

2. It can be efficient to have one person cut the release, but I think it's important that everyone on the team knows how to (my recommendation is usually a rotation of some kind). Even though one person doing it over and over might be more efficient, having team members rotate helps them train cross-functionally.  Like you said, you don't want anyone to become a single point of failure.

Developers should be cross functional so all members are able to do whatever it takes to get the backlog items created and ultimately delivered. However, in every team you will have difference strengths. As it was said by Chris, so long as the team is not forced to be at a stand-still if the one member is gone; it doesn't matter if the team decides to "assign" the testing or code merges to a single member. It would be great to have that member teach others and help them grow and add a new skill, but it doesn't mean it is wrong that Billy is the designated member to do the code merging.

The biggest thing that a SM needs to worry about is that the designated person for these tasks is not being forced to do it. If they volunteer and they are happy to contribute to the team's overall success by doing this, that is not a problem. Conversely, if John is a better tester than developer and therefore is forced to be the designated tester; that is a problem. First, John can't get better at development if he is forced to just test. Second, the other developers cannot get better with testing, if they just pass it off to someone else.

It boils down to "what does the team want, and will that negatively affect the team overall." The SM is just a mirror, like Chris said, you call out the observation and let the team decide.

Hi - I have a slightly different problem: it's not the team of developers - they are working well together and individually - but the Product Owner who is not performing as she is supposed to.  In that case as a Scrum Master, what are my options?  Should I go to the PO's supervisor i.e. the CIO and talk about it?  What if the CIO decides to do nothing?  What's the Scrum Guide's view / direction on this if the problem is with the PO?

A Scrum Master is an agile coach to the rest of the team including the Product Owner, as well as to the wider organization. Explore any product ownership issues no later than the next Sprint Retrospective, focusing on the role rather than the person. Check the Scrum Guide for the service provided by the Scrum Master to the PO and see if you can do more to improve the situation. Bear in mind also that much of a PO’s work can be performed by Development Team members.

The critical demand of a PO is that they must be accountable for product value. If you believe that accountability is absent or derelict, and that the situation cannot be remedied despite careful examination in Sprint Retrospectives and coaching attempts, it may be necessary to approach product stakeholders directly and explain your concerns to them. A less precipitous option can be to encourage the PO to invite stakeholders to Sprint Reviews. If product ownership is weak, then this may give those stakeholders an opportunity to first see something of what is going on.

I have a question regarding the daily scrum. Lets take a situation in daily scrum and scrum master is not present in that meeting (I know they are not MUST to be in it) and one of development team identify an impediment.

Does scrum framework provide any official channel to escalate this impediment?

Why would there be any need to formlise such a thing? Just communicate it to the Scrum Master. Personally, I prefer the developers come talk to me, but they're free to use E-Mail, chat, phone or a homing pidgeon for all I care ;)

1. what if technology  adopted for solution is too complex , for team members to cause delays in delivers

A valid output of a Daily Scrum is a list of impediments for the Scrum Master to work on. What form that list takes and how it is communicated is up to the team, although it should be related as quickly as possible and without loss of information.

1. what if technology  adopted for solution is too complex , for team members to cause delays in delivers

If there's a problem with the technology for one specific Product Backlog Item (PBI), then the estimate for that PBI did not take that into account. It will take longer to complete this PBI and the Sprint Scope will need to be renegotiated.

Of course it's always worth looking into "Is there an easier way to do this?"

What are your own experiences in the work place? How does a disgareement or a violent outburst by a co-worker affect your productivity. On the other hand, does it affect your work if you have a positive encounter with a co-worker?

What are your own experiences in the work place? How does a disgareement or a violent outburst by a co-worker affect your productivity. On the other hand, does it affect your work if you have a positive encounter with a co-worker?

Surely this like technology is a constant, if the question was about changing (improving or deteriorating) relationships, then I can see it affecting the sprint outcome. Or is this just a badly worded exam question?