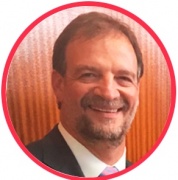 I would like to know if the dev Team is assigned by a specific scrum role?

No, nor should they be assigned by any particular authority. In Scrum, teams are expected to self-organize and select the most appropriate members to do specific work.

There are no specific scrum role. As per Scrum

- Development team size should small enough to remain nimble and large enough to complete significant work within a Sprint (recommended team size in between 3 - 9 member).

I was recently at a seminar that focused heavily on how autonomous teams are formed.

It was suggested that one effective way would be to first agree on a set of guiding principles for team creation. Used well, the principles help all team members understand what is expected, and allow everyone to trust in the process.
These principles should be specific to the organization, but could be things such as ensuring a proportional mix of senior/junior or onshore/offshore staff across all teams, advising teams to keep between 3 and 9 members, and guaranteeing that the exercise is not used as a way to leave people without a team to go to.

Next, with these principles in mind, the team members should understand what they are being asked to work on, so perhaps the Product Owners would make a pitch to encourage people to work on their product.

Finally, the team members are given an opportunity to work together, face to face, to put themselves in to teams; choosing who they want to work with, and organizing amongst themselves to ensure that every team can effectively develop its product, and that the guiding principles have been respected.

Here's an example of such a technique being used: https://www.youtube.com/watch?v=bzTS-5c-UfQ

" guaranteeing that the exercise is not used as a way to leave people without a team to go to" - wow, this sounds like a pretty nasty situation. Why would an organisation use such a way to separate an employee from all others?

"ensuring a proportional mix of (...) onshore/offshore staff across all teams" - from your experience, dear Scrum practitioners, do you think it is better to mix local with remote employees, or just form a 100% remote team?

wow, this sounds like a pretty nasty situation. Why would an organisation use such a way to separate an employee from all others?

Why would an organization [insert any verb]? Sometimes they just do; and sometimes there is simply a fear that they will.

An exercise like this shouldn't be used to single people out with nowhere to go; but it is a natural side-effect that if you allow people to choose their teams and team mates, that you might uncover that there are some people that others do not want to work with.

It may then follow that management (or whoever) decides that this person does not belong in the organization. Using this exercise to get rid of poor-performing or unpopular staff could severely compromise trust, and limit its effectiveness.

This principle helps by safeguarding the self-selection exercise against being used to compromise anyone's future within the company.

"ensuring a proportional mix of (...) onshore/offshore staff across all teams"

I think this is very specific to the demands of an organization and perhaps the countries it operates in.

There are good arguments for not constraining the teams in such a way, but it might also be that the organization does not yet feel comfortable with changing too much at once, and may ask for teams to respect some existing conventions, whilst being open for more radical change in the future.

It might even be a harmful constraint, but a necessary compromise to allow management to get behind such an idea. If teams are already mixed in such a way, I think at worst it will limit, but not negate the gains from this exercise.

It could be that there is empirical evidence within the specific organization that mixing the teams works better than keeping them apart.