If you had to remove one Scrum ceremony, which would you chose and why?

I was recently asked this question during a Scrum Master interview and I struggled to answer it.

What's is the best way to answer this question?

Consider removing them all and replacing them with events, as per the Scrum Guide. A ceremonial approach risks teams "doing" agile rather than being agile.

The formal answer is in the Scrum Guide:

Scrum’s roles, events, artifacts, and rules are immutable and although implementing only parts of Scrum is possible, the result is not Scrum. Scrum exists only in its entirety and functions well as a container for other techniques, methodologies, and practices.

You cannot remove Scrum events (ceremonies, as you call them) and still have Scrum.

First, in a scaled environment with multiple teams working on a single product, the teams do not hold a Sprint Review of their own. The Sprint Review exists at a cross-team / product level and all teams participate. This builds a shared understanding of the state of the product and the product backlog across all of the teams and lets the people on the teams determine if and when they need to work on dependencies or have some kind of knowledge sharing for the benefit of the work and products. This change is also made in Nexus, along with some other scaled frameworks that use Scrum (minus the team-specific Sprint Review) as a basis for the team-level activities.

Second, some mature teams have still been successful without the Daily Scrum. Instead of every day, they held it 3 times a week. I don't encourage this modification at all, even for these mature teams - 15 minutes per day is not a large amount of time and getting people to spend some time to think about the plan and raise risks and impediments and reorganize for success it generally worth it, especially if you consider you're only saving 30-45 minutes of calendar time and perhaps an hour if you include context switching. However, I have seen it be successful, so it's something to look at.

In a team that isn't mature, I wouldn't recommend any changes to Scrum (or an alternative framework, if you choose that). Once the team mature, and has guidance from someone who understands the team, the organization, the environment in which the team and organization exist, and good practices and methods from the domain, it's best to start with something that is tried and true for the vast majority of organizations. Only once you have a solid foundation should you look at making some other changes and inventing your own processes. 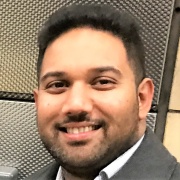 A ceremonial approach risks teams "doing" agile rather than being agile.

@Ian, did you make this statement to mean that a ceremony would make things more ritualistic as opposed to practice with purpose and empiricism?

@Ian, thank you for the prompt reply.

@Ian, did you make this statement to mean that a ceremony would make things more ritualistic as opposed to practice with purpose and empiricism?

To highlight the risk of that, in the context of a Scrum Master being interviewed, presumably for a job.

If I were asked that question during an interview my response would be similar to @Ian's original comment. I'd respond with "There are no ceremonies in Scrum because that signifies process or ritual.  They are all Events because that shows more of a team activity where everyone has a say in what is done."  At least that is how I view them.  As for removing one, I do not believe that any of them should be removed.  As @Thomas mentioned, some level of adaption can be done based on the team's maturity but I also agree with his implied suggestion that any adaption should be highly scrutinized for why they want to do it.

BTW, I would also be suspect of the company that would ask that kind of question. It sounds like you they are already moving towards Scrum-but. It might not be a problem but it would make me wonder what other modifications they have already done. That would be my follow-up question to theirs.

If you remove any of the Scrum events, do you notice a difference, other than not having to attend a meeting?

If not, I would challenge you to look for the impediments that prevented that event from being useful.

For example, stakeholders not wanting to attend a Sprint Review or Scrum Teams lacking the trust to talk openly during a Sprint Retrospective would both be terrible reasons for cancelling the events. In doing so, you would mask more serious, underlying issues.

If you had to remove one Scrum ceremony, which would you chose and why?

>> What will be achieved by removing any one of them ? Will it help in better facilitation of Sprint ? Will it increase the Transparency , Inspection and Adaption ? 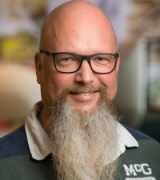 Each event enables empiricism (transparency, inspection and adaptation) for an aspect of Scrum. Removing an event will reduce empiricism by limiting the aspects that are inspected and adapted.

So no, it will not help and it nothing positive will be achieved. TIA will decrease.