The Dev Team commits to a Sprint Goal but this not explicitly mentioned in the Scrum Guide. Why? 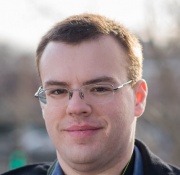 I don't agree that it's not in the Scrum Guide:

People personally commit to achieving the goals of the Scrum Team.

For a given Sprint, the goals of the Scrum Team are to work toward the Sprint Goals. Of course, the Development Team is primarily working toward them, but the Product Owner and Scrum Master also have a role to play. The Product Owner is working to ensure that the purpose and value of the work is understood and the value of the work done is maximized. The Scrum Master is helping to remove impediments that may get in the way of the team completing the Sprint Goals.

Admittedly, I think that it can be a little more explicit, but I don't believe it's wrong or inconsistent with the Scrum Guide to say that, among other things, the Development Team makes a commitment to the Sprint Goals each and every Sprint. Those Sprint Goals should be in support of broader goals of the Scrum Team.

Commitment and focus are two of the Scrum values. Perhaps there is no need to specifically say that if the team is working towards the goal with the values in mind.

Also, I would argue that the Scrum Team would commit to the Sprint Goal and the Development Team is accountable for determining how to best turn the PBI into a workable increment to meet that goal.

Including the whole Scrum Team in the goal would help the PO keep focused when working with the team and considering any changing work or requirements that may hinder the teams progress.

The SM can also consider the goal when coaching or facilitating conversations between team members.

In short, it keeps the whole team aligned and moving towards the target...not just the Dev Team. 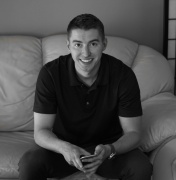 I always phrase it as "This is a realistic goal to which we are committing; it is not a guarantee."

"Commit" can be a dangerously strong word perception-wise, especially to those of the business-people/executive variety.

Keep it simple. Keep it real. Do what works and balance expectations.

The Dev Team commits to a Sprint Goal but this not explicitly mentioned in the Scrum Guide. Why?

A focused Development Team could identify many goals that they believe they ought to commit to. Scrum is minimally prescriptive about the goals a team should have. Only two are mentioned in the Scrum Guide: the Sprint Goal and quality goals. Other goals are possible, including ones which may be planned into the Product Backlog.

Often the 'commit' is taken out of context and taken too literally.

As was previously quoted, "people personally commit to achieving the goals of the Scrum Team" is not actually referring to the Sprint Goal directly. This I think is proven by the quote existing in the Scrum Values section, in context to the actual Scrum Team as a whole. I believe there was purposeful intention for it to not say instead, "team commits to its Sprint Goals". It would be too nearsighted since the Team has goals outside of the Sprint as well.

Focusing on the intent of the Sprint Goal for a minute, it's to maintain prioritized direction for the iteration.

If you are not personally committed to each other, then it's easy to focus on your own internal goals. With that being true for a moment, it would be easy to work outside of the Sprint or be influenced externally.

There is also a reason this line is a part of the same section as "No changes are made that would endanger the Sprint Goal;":

Scope may be clarified and re-negotiated between the Product Owner and Development Team as more is learned.

Key takeaways include the scope being between PO and Dev Team without mentioning Stakeholder/Customers. Trust the decisions of their proxy. Another key item is that scope can and is encouraged to change mid-sprint as long as the Sprint Goal remains intact.