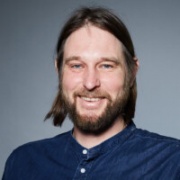 with COVID19 “voluntary” or mandatory lockdowns the environment for Scrum teams changed dramatically. I think everybody who can is staying home. Fortunately, we are working in an area where we can work more flexibly than other people and could adapt to the new situation to stay safe and protect other people.

Some challenges every team is facing, are less Osmotic Communication (unstructured communication) in the development team or less interactive sprint reviews.

I am looking forward hearing from you. Thanks a lot and stay safe!

You could try a retro around the impacts (good or bad) that the pandemic has had own the team as it relates to people, process, tools.

Perhaps they're recognizing some of that as well but need a plan to put more conscious effort into things like communication where they may not have had to before.

thanks for the quick answer. The development of my last product was paused before COVID broke out. I will definitely do that with my new teams.

I am curious about how other teams adapted on the new challenges within the given Scrum rules. For example: Changing the sprint duration from four to two weeks, because the coordination in the dev team got difficult.

I think the biggest change for the teams I work with was the adoption of additional collaborative tools to help them coordinate and communicate with each other. Fortunately our schedules have remained relatively unchanged as it relates to Sprint duration / time.

Personally, I'd advocate for taking on less work while the team adjusts to the changes in lieu of adjusting the Sprint duration and events right away.

I think Nils is asking about the experiences of others, rather than a direct way to help his own team(s).

I personally think this kind of topic is where a community like ours comes into its own, and also look forward to hearing from others.

As a Scrum Master, I've observed teams tending to do better if they make time to socialize, whether that's a quick off-topic chat for those who turn up early to a meeting, or setting aside a dedicated time of day to play a game.

Early on, our management team encouraged communicating via public channels in Slack wherever possible, rather than privately. The amount of private communication was arguably an existing dysfunction prior to lockdown, and it was seen as a risk for exacerbating siloes in a sudden lockdown.

We also now have weekly company-wide meetings on a Monday afternoon. Most of us are based in Amsterdam, but we call it the breakfast update in honour of our New York office.

Early on I sensed a need for social activities (we've historically had a very sociable office; drinks on Friday, and occasionally other activities,  like table football, darts, board game nights). I stepped a tiny bit out of my comfort zone to organize some online games evenings. I definitely got the mood wrong on that. Interest was very low, and it seemed this wasn't anything the majority of the company needed.

As for Sprint Reviews, we're doing alright, and our most recent one is the most interactive I've seen anywhere. Significantly aided by a switch to longer, more outcome- focused sprints; but it shows that remote working needn't be a barrier to a good Sprint Review.

Generally we have people raise their questions in chat, and one person (usually me) acting as moderator and reading the question to whoever is presenting.

At the end, we usually have non-Scrum teams sharing miscellaneous feedback, such as insights from existing or prospective customers.

For this section, it's often more of a discussion, with questions from the Product Owners to whichever stakeholder is speaking. If anyone has a comment or question, they can raise it in chat, where one of our two Product Owners will moderate.

This mostly works well, and in many ways is better than when we had 80% of attendees in one room and the rest dialing in.

Some downsides are it's harder to observe what isn't being said, and sometimes discussions take place in chat, which disrupt focus.

This may be little out of the box answer that you might be looking for.

One of the developers I work with suggested that we take some time off on Fridays and invest that time in something relaxing/entertaining/engaging. We found that we all have an affinity towards RTS games. The team narrowed it down to AoE2 DE and requested me to facilitate it. Since we are a team of 8 (including PO and myself), it made sense to reserve some time on the first Friday and second Thursday in a two-week sprint.

We have been doing this since late April and the team has bonded well. Osmotic communications are reducing. Since we also shuffle teams frequently, each member of the team can cope with others much better. While we cannot and should not completely ascertain it to the game, we noticed that we adapted more quickly than we anticipated to a completely virtual team. We have additionally identified core areas for adaptability for individuals, and relating the game to product development during retrospectives has been fun.

Additionally, a majority of us have some psychological safety associated with the game itself and has helped in reducing stress. I personally sense there is a positive trend in cognitive fluidity but we are yet to measure it. Right now we are keeping it fun.

The more mature a Scrum Team is when co-located, the easier it proves to transition online. Those teams which are performing in the Tuckman model seem barely impeded at all.

Preparation has been key. A performing team will be mature enough to make contingency arrangements, or the Scrum Master will have the space to make them. This has meant backing up a physical agile working environment electronically. Performing team members make themselves familiar with its use even if they don't use it when co-located. The administration rights and user architecture will be understood and not taken for granted.

In March, I saw performing co-located teams fully transition online in a few hours, with negligible impact and their Sprint Goals met. Forming and storming ones took months. Where co-location exists, make the most of it while you can.

Even I have started 'Fun Friday' in my Team (First Friday of every 3 week sprint) during COVID19 situation.

We generally play Team building games remotely. I'm now running short of ideas due to constraint of remotely connect. I want to know what new games i can plan with my team to keep up the interest in this theme.

Secondly, how i can refine Daily Scrums and Sprint Retrospective to make it more creative with new ideas?

When the pandemic started, our team quickly adapted to it, because we had worked remotely before, so it was quite easy for us.

thank you so much for so much and good input! That is really really valuable.

I had two positive learnings while interviewing team in my company:

About adaptions in my companies teams:

Like everything else, it depends on the people in a team, and on the corporate culture that existed pre-remote. With large software companies now allowing their software engineers to migrate to a 100% remote model, it would be interesting to see if productivity and ingenuity is hindered. There is also the trust issue. If you see your team physically in the office, they are working (or pretending to). But if they're telecommuting, are they working or are they at the mall? The reality is that the vast majority of the people who work remote won't turn their cameras on.

We tried a few things to support team members and remote working is working well for us (for close to five months now):

1. Reduced the meetings time wherever possible

2. Spared 15% of team capacity from the core product work (there can be family issues, technical challenges etc.)

3. Every alternate weekend, we have fun games/quizzes/virtual drinks etc.

In our case, most of the team members know each other very well hence there is no or very less impact on productivity.