How can feedback be given effectively without ‘hurting’ the person? Should a Scrum master be soft all the time?

The objective of a feedback is to make the receiver of the feedback bring out his best hidden qualities. As a leader, you are giving feedback because you believe in that person’s abilities. The person may not be aware of certain aspects of himself but you as a Scrum Master may have identified it and want to convey it to him. Or, maybe some behaviour of his does not gel well with the team.

To start with, a two-way conversation is the way to go. Make it in an informal setting in the beginning, if possible. Maybe over lunch, coffee etc. So, with this in mind, make sure that the language is not authoritative in the beginning itself.

Maybe one softest possible way of putting it across maybe with a white lie, by saying something like ‘See, i was in your position long back and i used to be like you (or a similar thing happened to me)..So, this is what i did to correct myself …But, what do you think would be a better way to do this?’ Of course, the person would obviously know that you are talking about him and may think about something constructive. White lies are common, right?. We say it sometimes in order to not hurt our parents, close friends, spouse etc. . :-).So, there is no harm in trying it, eh?

If a person’s behaviour does not gel well with the team (the trouble maker), do not immediately decide that the person should be at fault since the entire team finds him ‘un-gelable’. Do not judge at the outset. Hear him out. Maybe the team is the one which needs a quick fix. You never know.

After the feedback session, monitor his performance over a month or two. Have a discussion again , if there is no improvement. Give him a second chance as long as he is sincere in his pursuits to change but finds it difficult. Try to Identify the root cause(internal or external) of his problem if he is willing to share it in the next ‘lunch session’ and work on it. Do take a sincere effort. Ofcourse, the scrum master would step into such a situation only after the developers have tried their best to work with him cordially.

If nothing works, you just need to boss up.

But, Shouldn't a Scrum master be soft all the time?

Scrum does not imply anywhere that you need to be soft all the time as a leader. The Scrum master shall choose a leadership style that suits the context rather than always following a soft approach, in general. Because, maybe that is the sort of idea one gets after living the scrum values. Being Humble, ethical, caring, insightful, enabling, empathic & respectful are all important, as usual, nevertheless.

If nothing works, you just need to boss up. (that’s a cruel statement and anti-scrum like but maybe needed during those really rare occasions). Maybe the scrum guide implies so. As per the new scrum guide, the Scrum master is a true leader now, not a ‘Servant-leader’ anymore. For example, he is no more the one who removes the impediment but one who causes the removal of the impediment. So, maybe it is time for the Scrum master to boss up when really needed. Elon musk, Bill gates etc. are all not known to be soft all the time. But, a Scrum master is still a leader who serves.

Shouldn't a Scrum master be soft all the time?

I'd suggest that a good Scrum Master is an intolerant person in a certain sense. He or she reserves their intolerance for organizational impediments.

I would say not only towards organizational impediments. The Scrum Master may also be hard against the team, for example challeging the team and of course bring up issues in the Retrospective. But this should always be targeted at the whole team.

Towards single team members it definately needs to be done 1-on-1 but how this is done depends on the other person. There are people you need to be sensitive with or where you have to be constructive and others just need the kick in the back, some honest words...

I don't "boss", I coach.  A boss tells people what to do and how to do it.  A coach helps people understand how what they are doing can be improved and help them to realize how that improvement benefits them and those around them. I like @Ian Mitchell's intolerance idea.  Have you ever seen a coach of a sports team put members through drills over and over again until they realize that their actions have been harmful and start to adapt to new ways?  That approach can be used by a Scrum Master.  But in that case it is letting a team or team members repeat activities that result in issues the team identifies until they start to make changes.

In a Scrum Team, there is no leader.  The team holds each other accountable for their actions and contributions.  In the case you describe, you are acting like a manager.  You do not mention that the team sees the "trouble maker" as an impediment and ask you for help to remove that impediment.

When I have been placed in this situation I usually talk to the individual's manager. As much as we hate to admit it, I'm sure that in the organization there are managers for all of the developers. Why shouldn't that person be the one that has to "boss up" since they are in a better position to do so.  Most Scrum Masters are not in a position to have any leverage in these situations and you will just be another person telling the individual that they don't "gel". By taking this to the manager you are working to remove an impediment.

But, Shouldn't a Scrum master be soft all the time?

In my professional experience, being soft doesn't usually work. I always feel out the person I am coaching though. I've been responsible for training and coaching many people over the last 5 years. From my days as a Quality Engineer, training new contractors, to more recently as a Scrum Master.

Two examples, both to my above respective time tables:

Example 1: A contractor I was responsible for training for the QE role, I walked through the process many times, held his hand practically. I went to lunches with him, provided my guidance on how to navigate the position and even provided insight into the culture and politics of the organization.

The contractor was very young, from a very wealthy background, and honestly the work was well beneath his status. He made that well known. I attempted to look past this very arrogant bravado and see him as someone capable of a lot.

In the end, he routinely cheated out on his work, blamed it on the developers which was just flat out wrong. And when his performance was obviously lacking, as he was given more responsibility as a way of testing if he'd rise or not, he chose to sit on the work until two weeks before deployment. Then, announced he was leaving, having done 0 work on the projects.

I was put in charge of trying to save these projects, because my boss felt I didn't adequately communicate his failures and was essentially helping him too much. Lesson learned, don't cover for bad workers, they'll sell you out in the end.

Example 2: I had a team member on one of my scrum teams who was one of those, everything needs to be done right and I am the only one that knows how to do it right, and if we don't do it that way I'm going to make everyone's life suck.

I tried to coach this individual for months, explaining that the ideas he had and the points he was making were valid. The company was in fact cutting corners, but everyone on the team had agreed that this was the only viable option given our constraints. It was far from the ideal scenario.

Despite trying and trying to help soften the delivery of this individual, help him to document his objections, and raise them at the appropriate time with the appropriate leadership. He continued on being a disruption to the entire team. I was eventually asked to stop working with him entirely, and he was reassigned off the team.

Lesson learned, there really are some people that you can't help, recognize it sooner and identify them as an unfortunate impediment if the team is in agreement, and recommend to leadership they be re-assigned.

These are just a couple of examples, but ultimately, you have to treat people in business like resources and not like your friends. They're there to complete a shared mission, and if they're not willing to contribute, or are actually standing in the way of the team, they need to be dealt with appropriately. I'm not saying they need to be fired, but reassigned or possible termination may be necessary. 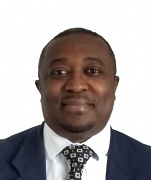 How can feedback be given effectively without ‘hurting’ the person?

Yes, feedback can be effective without hurt sometimes, with temporary discomfort oftentimes and in some instances with unavoidable angst.

One technique is to focus on the overall outcome or long term outcome. It may be 'hurtful' to the receiver (and even to you!) in the immediate moment but if it makes things better you will both appreciate it.

Not giving necessary feedback will almost certainly result in bigger 'hurt' down the line to the work and/or individuals.

Should a Scrum master be soft all the time?

The clue is in the word 'all'.  As a coach the Scrum master has to employ a range of skills and techniques that vary depending of the circumstance, the individual, the urgency amongst many, many others.

Hence why being a professional scrum master requires experience to ...erm, master!

I would suggest a book titled Crucial Conversations as it discusses how to have important discussions in ways that get the points across and do not injure parties on either side of the discussion. Feedback can be constructive and valuable, it is all in how it is delivered and the potential value received.

A scrum master cannot 'boss up' due to the fact that they are not in a position of authority.

Like Daniel mentioned, you can always raise the concern with the individuals manager. 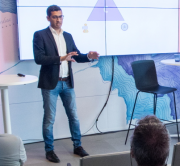 Maybe you can use Feedback Wrap, i used this tool several times and it's really a good one.

Thanks for opening this discussion!!! 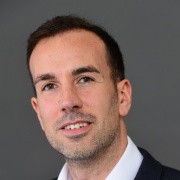 "...There are many different leadership styles ranging from traditional ‘command and control’ to more collaborative or even Machiavellian. Understanding the right style to use at a given time and how different styles can influence - in a positive or negative way - the agile agenda of empiricism, empowerment, and improvement is a key Focus Area..."

Challenge the impediment rather than the person.  We're all different.  Be yourself, you'll be just fine.