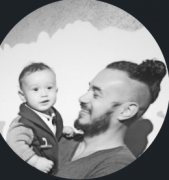 The result of Nexus Sprint Planning is:

● A Sprint Backlog for each Scrum Team, which makes transparent the work they will do in support of the Nexus Sprint Goal

It sounds really weird that a team will have a sprint backlog pushed to them by a committee. I wonder how much it would impact engagement, ownership and even delivery. For sure the power is in the conversations team members have but I really got intrigued buy this work being pushed downstream. If it was only the sprint goal maybe it wouldn't be a problem.

No, there's nothing that suggests that the Nexus Integration Team pushes work to Scrum Teams.

The Nexus Integration Team is a meta-team composed of "the Product Owner, a Scrum Master, and the appropriate members from the Scrum Teams". The purpose of the Nexus Integration Team is to have a stable, consistent group of people who are working to resolve dependencies across team boundaries on a regular basis. It's also an opportunity for sharing process improvements and technical knowledge across the teams, allowing each team to maximize their freedom in selecting their way of working while ensuring the teams can produce a fully integrated and working Increment every Sprint.

It sounds really weird that a team will have a sprint backlog pushed to them by a committee.

Right, and that's not what it's saying. Each individual Scrum Team will need to do its own Sprint Planning as well and within the context of any integration obligations to the Nexus.

Scaled Professional Scrum is still Scrum. Nothing is pushed, and there's no committee making any decisions.