Who selects PO, SM and DT?

I have a question please.

Well that is a loaded question and I would think the answer depends completely upon the organization in which these roles are being created.

Can you give more context around why you're asking this question, as well as the organizational layout?

> ...the answer depends completely upon the organization in which these roles are being created.

True. The question implies that there is an authority beyond the Scrum Team which can make the selection. That's not unreasonable though. It just involves considerations beyond the Scrum framework itself, and may therefore be seen as a scaling issue.

If we refer to scrum.org's "The Agility Guide to Evidence-Based Change" we see that there is a "Value Change Team". This body has the remit of improving value at portfolio and product family level, and can incorporate a PMO function. It may therefore be reasonable to look to such a body should guidance on team member selection be needed, although final authority may reside with the leading "Enterprise Change Team".

The key point, I think, is that the decision should maximize value.

Scrum guide says the whole Scrum Team is self-organizing, and specifically stress this for the Development Team. It doesn't specifically say what this means, but the recommendation for Development Teams is that they should be formed by the members. I guess this might be extended to the whole Scrum Team, but it's important that the Product Owner has the organizations mandate to take decisions on the Product Backlog. Otherwise the PO role will be broken. 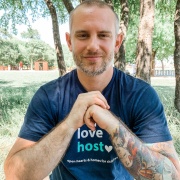 Does the question stem from an HR standpoint or from an established team looking to self organize?

I believe each organization has its context. In every place I've been till now - decision about implementing scrum and applying roles were made by management. In some places teams were able to pick up there scrum master - e.q. yes, we want this guy to work with us. For sure there are also different approaches.

Interestingly, in one of the mock tests that I have been trying, the answer for the following question is given as "the development team and the product owner". I, quite, don't get it why.

Any advice is helpful.

Question: Who should decide who will be the Scrum Master for a new Scrum Team?

Want to make it clear that this is my opinion and only my opinion being stated here.

Not sure what mock test you are using but I have never encountered that question on any of the tests I have taken. That is not implicitly covered in the Scrum Guide.  But I can understand the reason behind the answer they give. Here is my explanation.

A team that is self-managed and self-forming should be able to identify any specialize roles that will be done by individuals. So letting the team decide who should be Scrum Master makes sense.  But if that is the case then who decides who the Product Owner or the members of the Development Team will be?  Why is it only the Scrum Master that the team gets to decide. The fact that this question exists on the mock exam makes me question the validity of any question and answer provided in that mock exam.

Each role in a Scrum Team is necessary in order for a successful team.  Each role is specialized and has specific areas of focus.  This question seems to imply that anyone on the Development Team or the Product Owner could fulfill the role of Scrum Master. I have seen this practice when organizations want to "do Scrum" but don't see the need for someone who is fully responsible for the Scrum implementation. They will frequently rotate the role of Scrum Master around a team.  That just results in a person that will schedule meetings for the Review, Retrospective and Planning. That same individual will gather everyone together once a day to do a stand up.  But in my experience this is so ineffective that no benefits of Scrum are ever realized.

Again, I'm not so sure I'd trust the validity of any questions or answers on that mock test based on this questions presence in it.

I tried "development team and Product owner". The site is saying correct. Not sure of this question and answer

Who should decide who will be the Scrum Master for a new Scrum Team?

I got same kind of question today. Even about letting a developer to go from the team in Scrum Master Assessment Test. It's beyond me to answer. So many unimaginable questions. I never have in my work experience. Because, I am practical.

I see the questions being picked by a computer, not a person. I can see lot of discrepancies. I don't get, how the exam is being organized.

@Manohar, the questions are written by people, bucketed into groups of a larger pool and displayed in groupings, not computer generated tests.  In Scrum, you need to determine how to handle a developer on the team and what to do.  As a Scrum Master, you need to coach the team how to handle a Development Team member that is causing issues, having issues, etc.  This has happened on multiple Scrum Teams that I have witnessed and is very much tied to self-organization of the team and the coaching that the Scrum Master provides to them.

So, let's say an organization decides that "some" product needs to be developed. The Idea of a new project is born.

Who is self-organizing? How and by whom are the developers selected if there was no Scrum team before?

What comes first the chicken or the egg? The developers who choose the SM and the PO? The SM who chooses the PO and Dev?

To me, it makes more sense to have a PO first because he/she  should have more knowledge about the product to be developed. But then who chooses the developers with the corresponding technical expertise if the expertise needed is not known yet?

And if all this is flexible and depends on each organization and on each individual case than why is this question on the exam?

Firstly, I would say that the SM chooses no one, as their job is to serve the Developers, the PO and the organisation.

The vision of a product comes before anything else, because that action is from the organisation.

If the organisation does not have a scrum team, then their first step is to acquire one, either by hiring new employees or outsourcing.

If they have a pool of Developers, then they can decide on how many developers they want to have on the scrum team initially, and then let the pool decide amongst themselves who will make up that team.

The organisation can also look at using existing personnel to become the PO and/or SM if they do not have any; however, it is probably best to advertise these roles internally first to see if anyone volunteers for this job change.

does the team evolve as a result of people having to be replaced or added? Yes. so who does the removal of team members from an ongoing team?

does the team evolve as a result of people having to be replaced or added? Yes. so who does the removal of team members from an ongoing team?

I'd suggest that if any one person did this, the self-managing team would then have a problem.