Where did the SCRUM Master go? 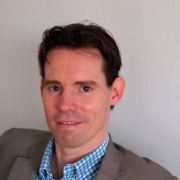 Dear All, when speaking to SCRUM teams in several companies, I noticed that the SCRUM Master role is the first to be left out. Meaning: because of the extra cost for such a 'team coach', he/or she is not hired, as a way to cut costs. The responsibilities of the SCRUM Master is then added to the responsibilities of the Product Owner(explicitly or mostly implicitly). So if the SCRUM team is not performing, it directly becomes the problem of the Product Owner. Is this recognized? And what to do about this practice? 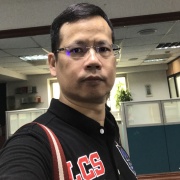 A team without a Scrum Master is not a Scrum Team.
I recommnad to identify a team member who’s up for the challenge.

Agree with Ching-Pei. In an ideal world there would be a dedicated Scrum Master, but in their absence a team member should assume this role - the main risk being that some of the nuances of the role are lost, and the team does not have the coaching or support that it really needs. Chances are this role has been dropped because it (and Scrum) is under-valued by the business, which ironically usually indicates that the role is even more important.

Also, to clarify that "if the SCRUM team is not performing" that would not be the Scrum master's responsibility if there was one (coaching aside). Depending on the nature of "not performing" it would be either the PO (little/no value being delivered) or the dev team (little/no work being done).

I agree with previous posts, ideally it's a dedicated position. However, there's a specific problem with the scrum master responsibilities being handed off to the product owner. Product owner's and scrum masters have inherently conflicting interests. This tension is one of the key strengths of scrum. For example, if a team doesn't do well in a sprint, external stakeholders might come to the team for answers. The PO does their job if they prioritized the backlog and answered the team's questions. The scrum master did their job if the team stuck to the prioritization. Making it the same person makes it more difficult to figure out where the breakdown was.

Sometimes Organizations are new to Scrum and don't realize the impact a Scrum Master brings. Value is lost and it sounds that you're interacting with people who are doing some form of "Scrum, but" or "Scrum, not" as the expression goes.

This alone will surface dysfunction quickly.

To all, many thanks for your responses. To clarify the non-performing bit: as in when the developer team is not acting as a team, not doing things right (coding practices, quality). If that's not stimulated by the SCRUM Master, this will become an extra burden on the Product Owner. And you are all correct in signalling that the absence of a SCRUM Master is a definitive "SCRUM, but." I'll report this back! Thanks.