Can we change Sprint Duration after a few initial sprints?

I wanted to know if after initial few sprints for which lets say we had a duration of 4 weeks, the team decided that we need to increase the duration of the sprint to 5 weeks, is it even an option in SCRUM. We could always adjust the story points for the original sprint duration but my question is to know if it is at all advisable and can be done in SCRUM and who has the final say on it?

it is totally OK if the team decides to change the sprint lenght based on "lessions learned", and as a self-organized team they have the final say on it. BUT the maximal duration of the sprint is one month (5 weeks lenght is way too long). If the team feels, that they can't finish their work in 4 weeks, I'm pretty sure, that there is something wrong with the size of the PBIs, they can be decomposed so that they are fitting in a shorter sprint. Most SCRUM teams I know are working with 2 weeks sprint lenght.

Of course it is possible to adjust future sprints length.
Scrum discourage having sprint of > 4 weeks.

What are the reasons the Scrum Team (or Dev Team ?) wants to increase sprint length ?

Per the Scrum Guide, a sprint length must be one month or less (4 weeks or less). It isn't just that a length greater than 4 weeks is discouraged - it is a violation of Scrum. 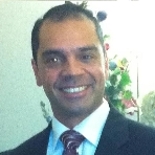 My Answer = yes it can be especially because if the development feels that the scope is more than what they had anticipated or if they are feeling they could add more work from the product backlog they are able to pull work,
Now I happened to be reading - Scrum Master Training Manual for PSM by Nader and Frank where they specifically say that ONCE THE SPRINT BACKLOG IS DEFINED IT CAN NOT CHANGE - Could someone kindly help me decide what the correct answer it?

If that is what is stated, then the statement is incorrect. As mentioned many times before, be wary of any Scrum "source" other than the Scrum Guide.

Thanks for the replies everyone.

The Scrum Guide says: Sprints have consistent durations throughout a development effort....

Once a Sprint begins, its duration is fixed and cannot be shortened or lengthened.

The latter suggests that changing the next Sprint lenght in Retrospective is a possibility....

So what is the conclusion?

You are correct, Kjell. During the retrospective (last event), the team can decide to shorten (to max a week) or to lengthen (to max 4 weeks) the sprint duration. I've done this in the past with several teams. Either as a means to temporarily adapt when there are significant events (ie around Black Friday, Christmas & NY) or as a "permanent" change to reflect the status quo (like moving from 4 to 2 weeks sprint to get to market sooner).

Note that topic doesn't necessarily need to be brought up and decided during the retrospective. Improvement/adapting is a continuous process, so decision to change the sprint length can be taken for example at the end of a refinement session if someone brings it up and there's time to discuss.

Here are few points from a different perspective (rhythm/pace) to consider change in Sprint Length:

Based on several factors after carefully selecting the Sprint length (max. one calendar month while there is no minimum prescribed as such), you may keep the following under consideration before changing Sprint Length:

#1. Once a sprint length is chosen development team develops a pattern of how to do their work in that particular length of sprint. In other words, a sort of rhythm/pace gets developed/established.

#2. If you change the sprint length after few sprints (for example downwards: 4 weeks to 3 weeks): development team most likely still try to approach the planning with the original sprint length and usually it will result in risk of not being able to deliver the 'done' increment, possibly. And similarly when it is changed upwards (for example: 2 weeks to 3 weeks) there is again a risk of delivering less, possibly.

#3. So whenever you change the sprint length, you need to note that once again it will take few sprints for the rhythm/pace to get developed/established again.

Note that topic doesn't necessarily need to be brought up and decided during the retrospective. Improvement/adapting is a continuous process, so decision to change the sprint length can be taken for example at the end of a refinement session if someone brings it up and there's time to discuss.

Yes, bearing in mind that it is of course the length of future sprints which is being negotiated.

Note that the Scrum Team should reconsider the matter of revising Sprint length during the Retrospective, even if it has been discussed thoroughly beforehand. The actual decision should be made just-in-time on the basis of the latest information available.