Who can be present on Daily Scrum?

Hi, I am preparing for PSM I and I am reviewing my knowledge.

I found lot of discussion about participants on Daily Scrum in forum. And I found in forum few time sentences about SM or PO as participants.

'The Scrum Master enforces the rule that only Development Team members participate in the Daily Scrum.'

I would derive from this sentence the statement that participants of Daily Scrum are Development team members, and I believe that any 'observers' are 'participants', what leads to contradiction.

So I am curious what is general interpretation, who might be present ( omitting participate verb ) on Daily Scrum ?

Thank you for help

Anyone can be present...(spectator). Only dev team participates in Daily Scrum

Just think about the effect of having anyone outside the Development Team in a Daily Scrum, even as a spectator.

Why do they need to be in Daily Scrum?

Dev team must be on the daily scrum.

Scrum Master, Product owner might be there but they have no role except observing 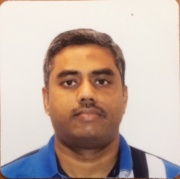 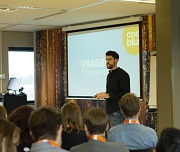 The great story of the pigs and chickens come to mind. The pigs are allowed to speak, as they are committed, and the chickens can listen, as they are merely involved.

This means that only the development team speaks, while managers or other stakeholders are allowed to attend in the periphery.

Thank you for your answers. So common interpretation seams to be that development team do the meeting and observers are allowed.

I found very good thread for my question : https://www.scrum.org/forum/scrum-forum/7232/new-scrum-guide-states-onl…

The answer I took from it is, that there is difference between participate and attend.

Also I finally realised, that origin of 'who else can come' and 'what he can do' comes from earlier Scrum version 2009.

The ScrumMaster also enforces the rule that chickens are not allowed to talk or in anyway interfere with the Daily Scrum.

Current Scrum doesn't state anything about other audience, so for newcomers it could be confusing.

To me, there is a difference between participants and observers.  One of the benefits of a daily scrum is another opportunity for transparency.  We've never had stakeholders drop by any of our standups, but we make a point to keep our discussions concise and non technical, so if a stakeholder were to come and observe, they could gain a small snap shot of what was going on during the Sprint, at a level they can understand and would be valuable to them.  They would not be active participants though.

Thank you Jason for your input. It seams that audience of all Scrum events are open ( as it is no where defined ). Scrum only prescribe who participate.

Remember that the Daily Scrum is a formal opportunity for the Development Team to inspect and adapt its progress towards the Sprint Goal, and hence should be as technical as it needs to be. Observers shouldn't influence this - if they did, they would be having an effect and thus participating, even if unwittingly.

I can see that.  We found it inefficient to delve into technical aspects while still addressing the three questions, and favored to move tech talk offline.  It also helps us keep the Daily Scrum on tasks, as well as keep it within the time box.

I would also vote for Only dev team participate but product owner / scrum master can possibly attend.