Thought about being a scrum master for two team? Or is this against scrum?

I see there is a conflict of information 1. Scrum.org always says scrum master is a full time role. So I understand that means scrum master cannot be servant leading two scrum teams at a time. I never read that specifically anywhere in scrum.org but that is what I understand reading the scrum guide. Even my trainer told the same when I took my csm certification. I am just referencing scrum alliance here.

Which one is right? 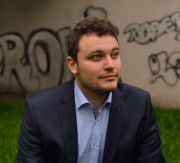 My opinion here is following. From The Nexus Guide we can see, that

Nexus has single Product Owner, who has the final say on the content

of the Product Backlog. So, the Product Owner in Nexus has to work with more than one Team.

in one or more of the other Scrum Teams in that Nexus".

Also the Developers can work in more than one Team. So, if focus and commitment

values are still in place (!), I think, it is possible to serve as the Scrum Master for 2 teams.

I think, it also depends on whether these two teams work on the same product

and whether these teams have the same Product Owner.

But it is not the Scrum Guide restriction. It is about ability of the Scrum Master

to concentrate on his duties and to serve properly for each Team.

How has the Scrum Guide lead you to the conclusion that Scrum Master is a full-time role?