Welcome to the Sprint anti-patterns article from my series on Scrum anti-patterns, covering the three Scrum roles—pardon me: accountabilities—and addressing the contributions of stakeholders and the IT/line management. Moreover, I add some food for thought. For example, could a month-long Sprint be too short for accomplishing something meaningful? And if so, what are the consequences? 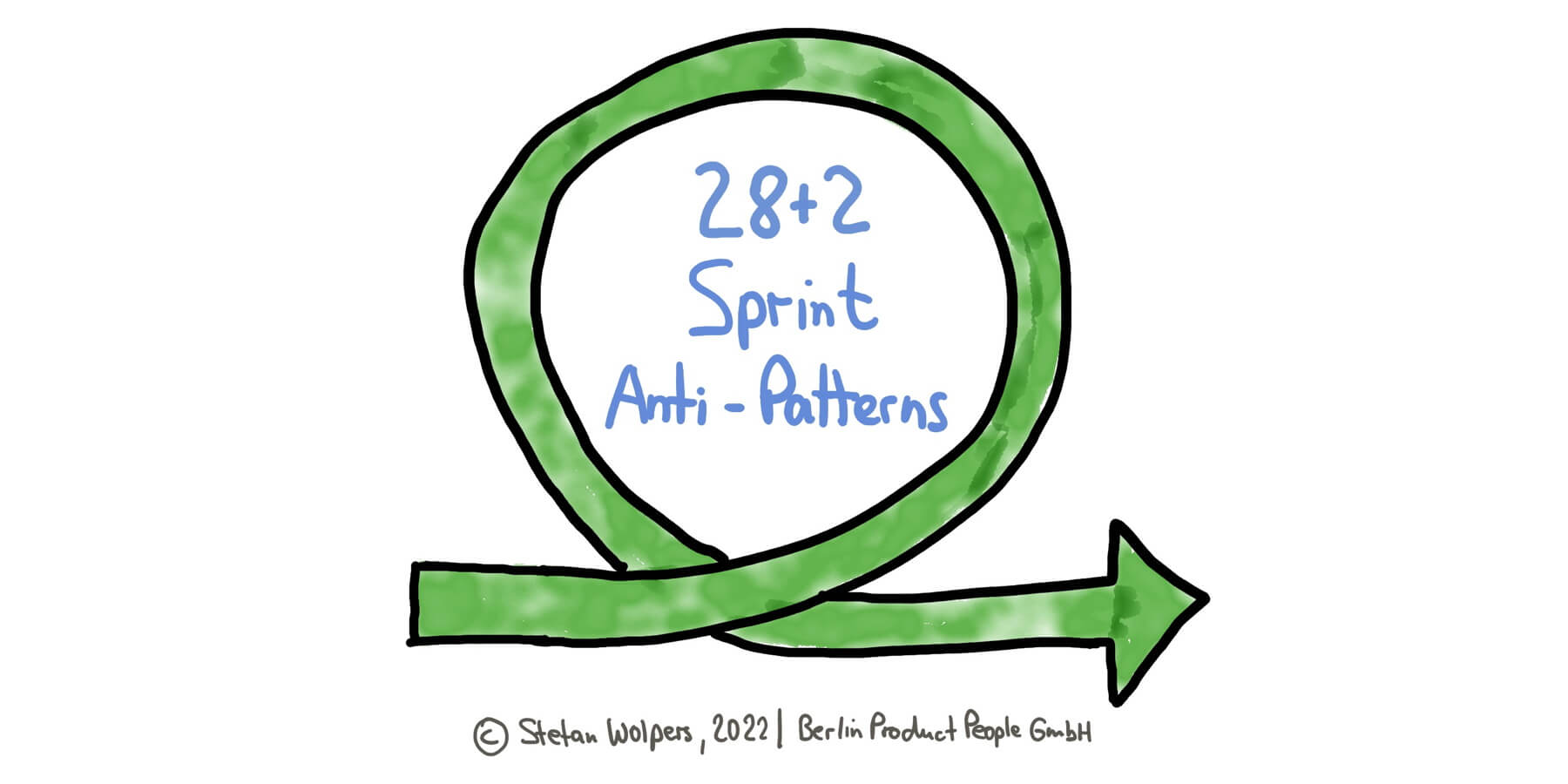 🗞 Shall I notify you about articles like this one? Awesome! You can sign up here for the ‘Food for Agile Thought’ newsletter and join 34,000-plus subscribers.

The Purpose of the Sprint

The purpose of the Sprint is clearly described in the Scrum Guide — no guessing is necessary:

Sprints are the heartbeat of Scrum, where ideas are turned into value.

They are fixed length events of one month or less to create consistency. A new Sprint starts immediately after the conclusion of the previous Sprint.

All the work necessary to achieve the Product Goal, including Sprint Planning, Daily Scrums, Sprint Review, and Sprint Retrospective, happen within Sprints.

Sprints enable predictability by ensuring inspection and adaptation of progress toward a Product Goal at least every calendar month. When a Sprint’s horizon is too long the Sprint Goal may become invalid, complexity may rise, and risk may increase. Shorter Sprints can be employed to generate more learning cycles and limit risk of cost and effort to a smaller time frame. Each Sprint may be considered a short project.

Various practices exist to forecast progress, like burn-downs, burn-ups, or cumulative flows. While proven useful, these do not replace the importance of empiricism. In complex environments, what will happen is unknown. Only what has already happened may be used for forward-looking decision making.

Scrum as a framework is mainly of a tactical nature. The Sprint is about delivering more value to customers, guided by the Sprint Goal, based on previously explored and validated hypotheses. It is all about getting things out of the door, thus closing the feedback loop and starting another round of inspection and adaption.

Therefore, in my eyes, the actual Sprint is not the place to have meta-level discussions. However, there is plenty of time for these during product discovery, aligning with stakeholders, and refining the Product Backlog.

This list of notorious Sprint Anti-Patterns applies to all Scrum roles and beyond: the Product Owner, the Developers, the Scrum Master, the Scrum Team itself, as well as stakeholders and the IT/line management.

Sprint Anti-patterns of the Product Owner

Anti-patterns of the Developers

Sprint Anti-patterns of the Scrum Master

Note: I do not believe that it is the task of the Scrum Master to maintain a Sprint board, for example, by moving tickets. The Developers should do this during the Daily Scrum if they consider this helpful. It is also not the responsibility of the Scrum Master to update an online board so that it reflects the statuses of a corresponding physical board. Lastly, if the Developers consider a burn-down chart helpful, they should also update the chart themselves. #justsaying #scrummasterisnotascribeorsecretary

Sprint Anti-patterns of the Scrum Team

Sprint Anti-patterns of the Line Managers

Sprint Anti-patterns of the Stakeholders

There are some issues that are worthwhile considering as a Scrum Team regarding the Sprint:

What if a month-long Sprint is still too short? There are areas where a month-long Sprint may prove to be too short, for example, in hardware development or machine learning when training new models. Would it be okay to extend the length of a Sprint? Or would such a situation signal abandoning Scrum altogether and moving to alternatives such as Shape Up?

Dying in beauty? Is there a moment when circumstances become so desperate that abandoning Sprints is a valid option? For example, think of a startup running out of cash, and the only way to survive is achieving a particular milestone defined by a prospective new investor. Would that be a moment when to abandon Scrum’s rigorous process to have a fighting chance?

The Replay of the Scrum Sprint Anti-Patterns Webinar

Check out the video of the corresponding webinar:

Note: If the browser will not start the video automatically, click here to watch the replay of the webinar Scrum sprint anti-patterns directly on Youtube.

Although the Sprint itself is just a container for all other Scrum events, there are plenty of Sprint anti-patterns to observe. A lot of them are easy to fix by the Scrum Team or the Scrum Master. However, some Sprint anti-patterns point at organizational issues that probably will require more than a Sprint Retrospective to change.

What Sprint anti-patterns have you observed? Please share those with us in the comments.

✋ Do Not Miss Out: Learn more about Sprint Anti-Patters and Join the 11,000-plus Strong ‘Hands-on Agile’ Slack Team