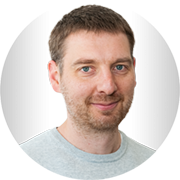 8 Tips on how Scrum Masters can improve Cross-Team Refinement and thereby save the Nexus time.

At a Feature Bazar, the Product Owner presents the new features. Afterward, the teams select the topics they want to work on. Each feature should be chosen by at least two teams. By assigning teams to the features, the initial overview for the Cross-Team Refinement is quickly created.

Update the Cross-Team Refinement Board daily

Just as the Nexus Sprint Backlog is updated daily in the Nexus Daily Scrum when new dependencies occur in the current Sprint, the Cross-Team Refinement Board should also be updated daily. Only when the Cross-Team Refinement Board represents a real-time picture of all known dependencies, is it easy for the teams to resolve them.

Representatives of the teams participate in the Cross-Team Refinement

Inviting all members of the Scrum teams to the Cross-Team Refinement is often neither practical nor necessary. In order to proceed in a focused manner, only representatives of the individual teams should be invited. Scrum teams select their representatives based on the work to be refined. Domain and technical knowledge are good selection criteria to quickly identify appropriate team members.

Cross-team refinement should be a regular meeting

To reduce unnecessary scheduling, cross-team refinement should always take place on the same date. For me, it has proven successful to reserve at least one afternoon a week for the Cross-Team Refinement.

Not just visualize dependencies, but eliminate them

In their daily teamwork, Nexus Integration Team members constantly keep an eye out for potential dependencies. If new dependencies are discovered, they encourage team members to make them transparent at the Cross-Team Refinement Board and look for ways to eliminate them early. In the long run, this creates awareness of the impact of cross-team dependencies within the teams.

Don't fall into the waterfall trap: Don't plan too far in advance, focus on the next sprint

Software development is complex. There are unknown unknowns. Therefore, it is impossible to anticipate all dependencies in advance, no matter how long refinement and planning are done. To avoid wasting time, the nexus should only refine the next one to three sprints in advance.

Trying to anticipate the implementation sequence of the Product Backlog is like a faucet: the further we turn it on, the closer we are to the waterfall.