Addressing The Elephant: And Why Most Conflicts In Teams Are Invisible 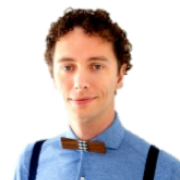 Conflicts are fascinating. Now, this may be the organisational psychologist in me talking, or the facilitator who senses them in the groups I work with. But the other part of me dreads them. They scare me. They make me anxious. And when I’m engaged in a conflict, my emotions can get the better of me and make me do and say things I later regret.

One simple truth is that conflict is a natural part of working with other people. Another is that our understanding of what ‘conflict’ is, and when we are in it, is very limited — making it hard to effectively deal with them.

“Our understanding of what ‘conflict’ is, and when we are in it, is very limited — making it hard to effectively deal with them”

If you ask someone what “conflict” is, they usually explain it in terms of a verbal dispute, raised voices, slamming doors and angry faces. But most of our conflicts are far less visible. They may not be explicitly expressed by those experiencing it, but they do influence the dynamics of a group. And either the whole group is aware of this, or some are. This is the proverbial ‘Elephant In The Room’. And when you don’t see them, or don’t talk about them, it limits your ability as a team to grow and learn from it. It also means that valuable energy is siphoned into a conflict, instead of working together.

Last week, we were part of a call with Julie Huffaker, Karen Dawson, Barry Overeem, and Daniel Steinhöfer. I met Julie and Karen in Seattle during the Liberating Structures Global Gathering. There, they thoroughly impressed me with their experience in navigating conflicts in teams. So we decided to organize a workshop (more below). While preparing for the workshop, we worked together to identify ‘archetypes’ of conflicts. The following absolutely non-complete, non-authoritative list emerged:

One common theme is that many conflicts are essentially about our relative status in a group. Specifically, when we feel our status is lowered because others don’t value us or our contributions. When there is disharmony in the social hierarchy, this causes strong emotional responses — like frustration, anger, fear, shame, sadness or anxiety — in those experiencing the disharmony. Its a good example of how our primate brains evolved to value social hierarchies and our position in them.

Another characteristic is that conflicts are often unilateral, in that they are experienced by one party but not the others. This also depends on our personal beliefs; what one person perceives as an attack on personal status may be perceived by another as a ‘good and productive debate’.

What happens when there are Elephants …

A lot of research has gone into exploring how groups can deal with conflicts productively. In a large meta-analysis of 30 scientific studies that explored the effects of task- and relational conflict in teams, De Dreu & Weingart (2003) found that conflict has a strong (negative) impact on team performance and work satisfaction. Another finding was that the impact increases as the work becomes more complex. The study concluded that the common belief that ‘conflict is good for teams’ is not supported by data. The authors note that although a little conflict can be productive, they tend to quickly escalate and overload our ability to work together productively.

With most conflicts living below the surface, and having a significant impact on our effectiveness, we have to develop the skills and understanding on how to surface, address and navigate them. It also requires that we change beliefs we may have about conflict:

Although surfacing elephants can be messy, difficult work, it rewards Scrum Teams with growth and learning when done productively. Bringing an elephant to the surface also frees up significant psychological resources; instead of complaining about their teammates at the dinner table, team members can redirect that energy into solving problems, coming up with new ideas, and rejuvenating outside of work. Scrum Teams that learn how to surface elephants can dance with conflict instead of running away from it.

Eager to know more about conflict? And how to help yourself and your Scrum Team navigate it more productively by ‘Addressing the Elephant’? We’re hosting a 1-day workshop in Amsterdam on November 22 that is all about helping you. We will be making extensive use of Liberating Structures to allow you to share experiences and learn from others, while also building effective and practical strategies to navigate conflict together. Sign up here.

Check our other writing on Medium. If you like our free content, meetups, podcasts and tools, please consider supporting us. Click here for ways to do so.