Are carrots and sticks allowed on Daily Scrum? 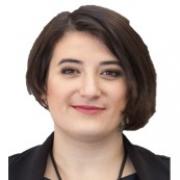 Recently I came across a post by Mike Cohn “Incentives and Deterrents for Starting Daily Scrum on Time”, on Linkedin (originally posted here:).

I read it once, then once again, since I thought I misunderstood the overall message. But looks like I read it right.

I know many teams that use some sort of technique to make sure they are on time for Daily Scrum. As a very young Scrum Master I also thought - this is going to bring results! Let’s pay or sing or tell a joke, or bing chocolate. It’s a nice thing to do, to have a laugh.

Just like any carrot and stick. It might work once or twice. I once promised a team to bake them a cake if they achieve their Sprint Goal. They did it. And never again.

“If you have a team member who is so inconsiderate that they don't consider their impact on their team mates, that's a much bigger problem and team meeting start times would be the least of my worries!”

So let’s get down to the root of the problem. What’s wrong?

What I usually see is the misuse of Daily Scrum. There is no Spint Goal, no work is being Done. People don’t see the need in daily planning. Or it’s just a group confession exercise. I’m not surprised that people fail to come on time if they only exchange information.

Let’s take a closer look at some techniques Mike stresses as being efficient as reported by his readers:

“Isaias Fritsch took that type of approach by preparing a 30-minute presentation for the team on the importance of the daily scrum. He said that after that presentation, the team decided to come up with some changes to their daily scrum approach. The result of this has been that “the daily scrum is now way more interesting to everyone because relevant information is shared and everyone understands its importance/why we are doing it.”

Let’s see - the basis, the need of Daily Scrum was straightened. No carrot or stick.

“Start the meeting 15 minutes before everyone wants to go to lunch. Viktor Buzga reports that the company cafeteria in his company gets very crowded at 11:30 when it opens. Arrive at 11:30 and there’s no wait for lunch. Arrive two minutes later and there’s a 10-minute wait. So he starts daily scrums at 11:15. If the team finishes in 10-12 minutes, they’re perfectly timed for lunch. If not …”

This method taps into our brain’s autopilot - the habit forming. You set up a meeting around a trigger (lunch, morning coffee, the sandwich guy). It’s not really a carrot or stick thing. But it might be. Watch out if the Daily Scrum just shortens - then you know that the purpose is misunderstood or not taken into account and you have a bigger fish to fry.

This technique is based in transparency. Let’s see how much are we late? Is it a significant number? Being transparent is one of the best things a Scrum Master can facilitate. He is responsible for it after all :). I would omit the snack part and check if it’s still working. I’m sure it will. As Linda Raiseng once quoted “there’s not a problem in existence that the cake won’t solve.”

Now let’s take a look at some scary tips lurking in the article:

“In fact, Rob Dull pointed out an underlying benefit to using a deterrent, saying, “It's sooo healthy for people to be able to be silly/awkward in front of their teammates.”

I agree with this fact. But what happens if this silliness is a form of punishment? Take a wild guess.

“Facilitate the next review or retrospective.”

A deterrent? This is supposed to be a form of punishment? Using that deterrent I wouldn’t be surprised if your teams pushed it on Scrum Masters exclusively without taking responsibility for facilitating their own meetings.

What for? The Daily Scrum? For other meetings - do we need them? Doing things with no purpose only kills passion. Do we really want to start with the Daily Scrum?

I refuse to believe that Mike has problems understanding the purpose of the Daily Scrum or how to act if it’s off. Apparently the best of the best can get influenced by some information noise as well as anybody else. Let’s have our eyes wide open for situations like these - explore what works in long term and apply it according to your professional knowledge.