A team that I work with decided one day to improve the general mood in the team. A member of the team (David) bought the Snakes & Ladders board game for the team. By playing the game, his goal was to counter pessimism that was generally flowing within the team. As negative remarks about the project plagued the team, David wanted to end this. This was his way of doing it. 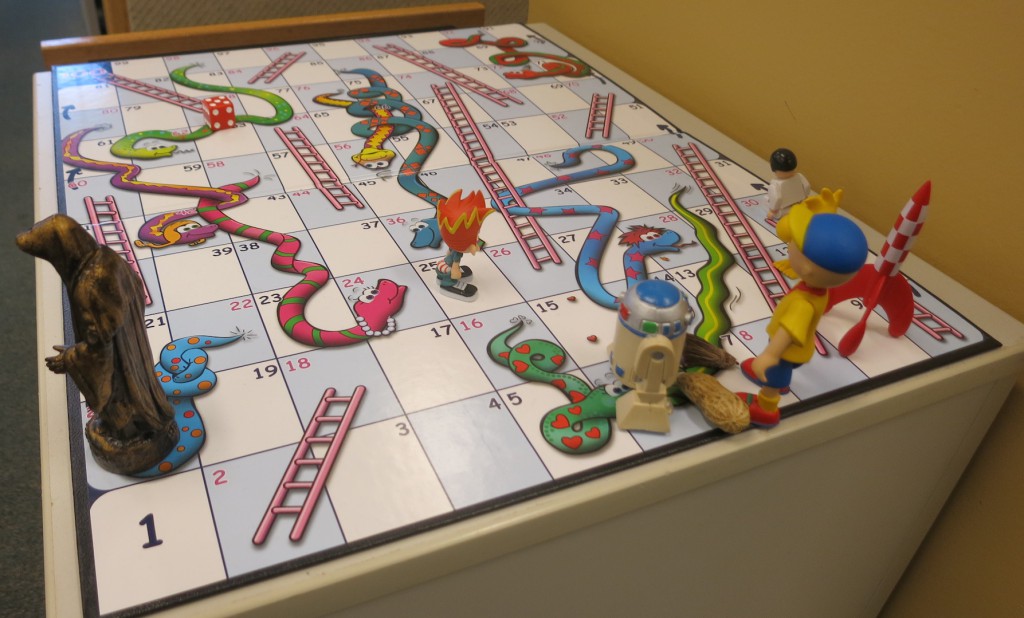 As the goal of Snakes & Ladders is to be the first to reach the end of the board, the team added a few rules of their own. Team members choose their own pawn (notice Caillou, R2D2 Tintin rocket to the Moon). Each day, every member of the team has to role the dice in order to know how many steps he moves his pawn. If during that day, this team member would show pessimism, he would move backward by rolling the dice again. He could move backward as many times as he was being pessimistic about the project. On the other hand, he could only move forward once on each day.

Honestly, the rules fitted on an entire page while the other side of the page had rules on how to change the rules.

Who won? The team obviously! Ok, it’s the technical lead of the team who won but chasing away pessimism was the real win in this team.