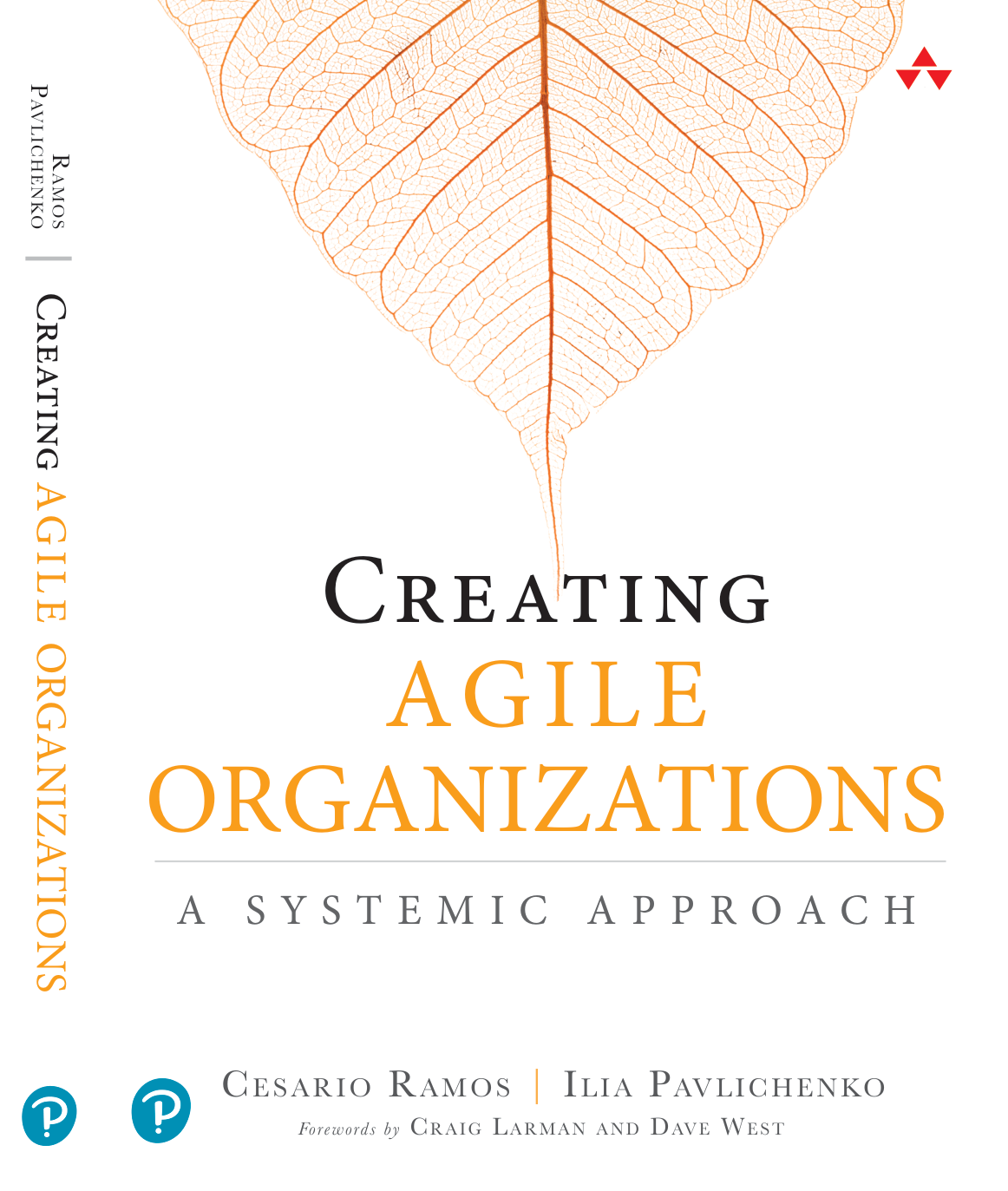 Resisting change during adoption is a normal human reaction. It is not a sign that a team or a particular department lacks courage or abilities. Also, it is not necessarily a sign that a particular framework or method is bad. Resisting change is not only inevitable; it is necessary for a change to become successful. A Scrum Master needs to be well prepared to work with resistance and have knowledge and skills in change management. In this article, we share a few critical guidelines that we use during change initiatives of any size.

For many years management used a top-down and plan-based approach for change. They decided on a change and handed it to a change team. The slightly better way was developing a plan, selling it to the employees. Both approaches did not work very well. When organizational change strategy and execution are run by different people, encountering strong resistance during execution is very likely. To avoid that pitfall, we prefer a different approach. We invite everyone to co-create the change. Co-creation increases the chances of success for any change initiative. When people actively participate from the start and their feedback is used to improve the solution, resistance is much lower and adoption higher. Thus, usually change is best to be introduced both bottom-up and top down. Peter Senge, author of The Fifth Discipline: The art and practice of the learning organization seems to agree:

“During the last few years, a new understanding of the process of organizational change has emerged. It is not top-down or bottom-up, but participative at all levels—aligned through a common understanding of a system” (Peter Senge)

There are three forms of co-creation that we often use: facilitated sessions such as open-space, surveys, and instant feedback techniques. For example, in one company the employees collaboratively defined the optimizing goals, learning goals, and metrics for an Agile adoption. It took us several weeks to conduct a series of the facilitated sessions, but the result was profound. People did it themselves and from that moment felt more responsible for the change.

Mandating reduces participation, imposing Agile makes no allowance for what people want or what they think and feel. People may “check out” and disengage. That results in failed change initiatives, poor morale, and employee turnover.

“Voluntary participation requires that everyone who is playing the game knowingly and willingly accepts the goal, the rules, and the feedback. Knowingness establishes common ground for multiple people to play together. And the freedom to enter or leave a game at will ensures that intentionally stressful and challenging work is experienced as a safe and pleasurable activity” (McGonigal, Jane. Reality Is Broken)

Therefore, the volunteer is the person who accepts the goal of the change and its rules and is ready to use the internal feedback mechanism to improve. In case of Scrum, voluntary participation would mean: 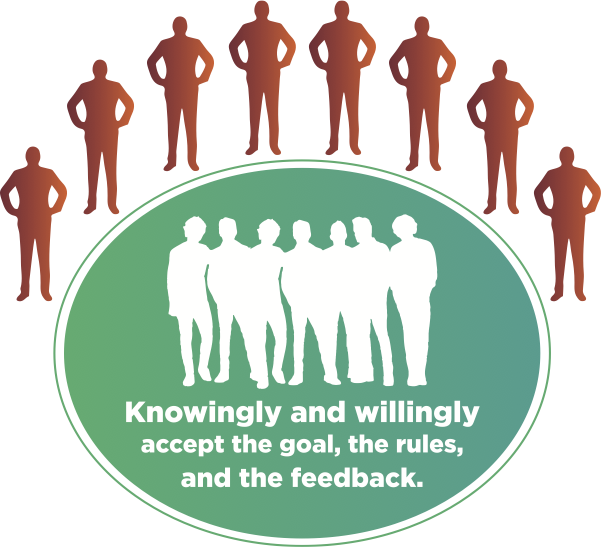 Figure 1: What it means to be a volunteer.

What happens to people who do not accept the change? Do they have to leave the company? One of the pillars of Lean is Respect for People, and the first value of the Agile Manifesto is Individuals and interactions over processes and tools. We respect their choice. We kindly ask non-volunteers to stay outside the product group as they don't accept the rules of the game and that would create a conflict within the system.

“You do not have to spend a lot of time and effort on those who strongly resist change. You only have to help and protect those who want to change, so that they are able to succeed. This does not mean that you can afford to ignore the existence of committed and influential opponents of change. You may have to find ways to prevent these individuals from sabotaging the process. However, once you have figured out who cannot be converted, you should not waste more time trying to persuade them” (David Hutton, Change Agents’ Handbook)

After a while, some people that did not volunteer initially might see that this Agile way of working works and agree to voluntarily join. From one point of view, this is perfectly okay; however, you could discover that teams could be wary. And then the Scrum Master might have a repatriation issue to nurture. On the other hand, some people are just early adopters, while others are laggers, and both types of people are useful in your organization. You can give them a chance.

Guideline: Find the Right Balance of Radical and Incremental Change

There is a myth that one needs to choose either radical or a revolutionary change. This is a typical false dichotomy which is the simplistic, binary approach. In nature, change occurs both incrementally AND radically. This is true for all social systems: individuals, teams, and organizations.

“It is interesting to note that Darwin’s theory of evolution has been characterized for many years as a slow, incremental process of change, but more recently, scholars have challenged this view, stating that changes in living organisms actually occur in spurts, or leaps, as perturbations” (Burke, W. Warner. Organization Change: Theory and Practice).

Punctuated equilibrium theory changes the way biologists and scientists think about evolution now. Punctuated equilibrium is a stable state for a period of time where small incremental adjustments are made to adjust for environmental changes without significantly affecting the status. Then it is followed by a short period of a radical change where the deep underlying structures change. That enables the system to evolve to a new status quo.

Incremental change is inevitable. People need time to absorb change and make the new processes and rules deeply ingrained and habitual. During flat periods most of the work happens including preparation for radical change. The problem with taking only incremental steps is that organizations can land at a local optimum. That is why organizations need points where radical change happens. Radical changes or Kaikaku are usually introduced by senior management. A good example of a radical change is moving from component to feature teams.

We have learned a very useful model called the EDGE model. We utilize it when working with teams that are about to go through a change. Please look at Figure 3. 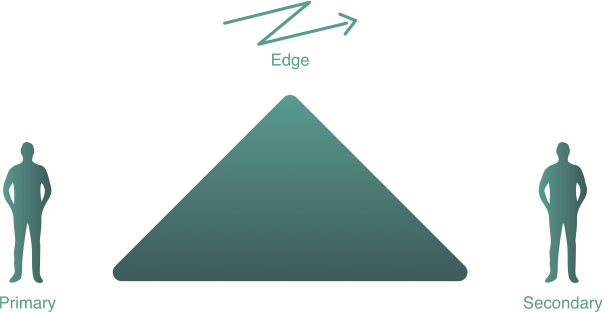 The model is easy to understand. Before any change, people are located in their primary state. They have some familiar routines, acquired skills, and identity. This is the status quo. The secondary state is the state after the change where you invite people to go, probably, an unfamiliar and uncomfortable place with lots of unknowns. In order to reach the secondary state people need to pass the edge. Let us provide you with an example. Pretend that you are a Scrum Master working with a product organization with typical Copy Paste Scrum adoption where teams are organized around components and functions. Management has decided to re-organize and adopt feature teams to optimize the system for learning and adaptability. The probable primary state of most developers might be:

The primary state is not better than the secondary state. It is just information about where people are in relation to the point of the edge.

Now a few strategies on how you can support teams in crossing the edge.

It is an invitation to visit the secondary state for a short time and then return back safely. Thus, you do not force anyone to commit to change, just kindly ask to investigate the secondary in non-binding travel as a tourist. For instance, once we helped to organize a trip to one of our customers that adopted many modern engineering practices[md]teams were continuously working in pairs, using mob-programming, and test-driven development (TDD) practices. High-quality code was a norm there. During the guest trip, team representatives observed and directly communicated with feature teams that integrated code continuously and were able to ship a quality product to the market.

Another strategy is creating awareness regarding where people are relative to the edge. By doing this, we make people responsible for acting according to what they think is best for them now. We believe people are intelligent and capable of making informed decisions. The proven method of creating awareness is using constellations. For instance, during the kick-off that lasted for five consecutive days, we introduced constellations that revealed where teams were related to the edge. Then we randomly created small groups, and asked people to answer two questions:

The past may be imperfect, but people are standing on its foundation. There were successes in the past. It is important to honor and celebrate where an organization has been because it helps establish a transition to the future. And, by doing this, we recognize the contribution to the change of those who sacrifice to make it possible. This can be the single most important factor in making a successful change.

We often organize a special workshop to celebrate the successes and honor the past. We ask attendees to bring as many photos from the past as they can to the workshop, Then we ask them to write down all significant events they can recall and appreciate the past using structured discussions.

In our next two blog posts we give an overview of: