The Essence of Empiricism 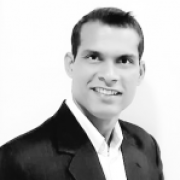 You must have observed a Music Director inside a recording studio with a big keyboard who is busy tunning different button. Haven’t you!

Long back, I used to wonder - Shouldn’t they have done all that tunning beforehand rather than doing it while a singer is recording his or her voice?

Out of curiosity, I asked my musician friend and what he said had a lasting impression on me - no matter how expert we are, no matter how much logic we apply, everything will be just a prediction of how it will all work out. But we can never be certain that everything will actually work out as planned. There is simply no way to pre-determine the relationship between the cause and effect, when there are so many variables are involved. So, instead of basing decisions on predictions and faulty assumptions, we undertake an experimentational approach, listen to the audio, adjust tunning, observe the audio for any deviation from expectation, and repeat the cycle.

That is the very essence of Empiricism - that there exists no "correct" way of working on a complex situation. And even if it does exist, it is not possible to know it in advance. Hence the entire process should be a series of controlled experiments and data-driven decisions aiming towards the overarching goal.

The 3 Pillars of Empiricism:

I leave you now with a tip I received from Barry Overeem - When in doubt, it is better to assume complexity and subject that situation to an empirical approach. If the outcome is what you predicted, you will know it is a simple problem and an empirical approach doesn’t provide new insights or useful adaptations. But you empirically decided that the empirical approach is not useful in this case. This is way better than making an assumption about the situation only to discover later that it wasn’t what you assumed it to be.

At Target Agility, we empower organizations to realize its true potential toward delivering service that its customers value. We thrive because of our market knowledge, culture awareness and great team behind our agile coaching, consulting and training.