Moving from Values to Virtues 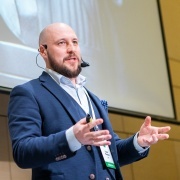 Scrum Values were added to Scrum Guide in 2016. Values are what makes Scrum fully uncover it's potential. These values include Courage, Focus, Commitment, Respect, and Openness. When Scrum Team embodies these values, they create an environment where the Team can thrive. Since than values have proved themselves to be a very useful tool in a team coaching. Imagine a situation when a Scrum Team - at any level of Scrum proficiency, - or people they work with face a problem, have disagreement, or don't know what to do next. A Scrum Master (or other Scrum Team member) would encourage the Team to consider how they would act such that their actions would embody Scrum Values. In most cases this helps to proceed with clarity and confidence and do what's right. At least it helps to define the first step and then reiterate on problems using Values as a decision-enabling constraints.

Above helping organizations and teams become more agile using Scrum I am practicing philosophy. And one of the questions I faced in this journey was: what a value is? The most compelling answer I found was "value is something that is valuable". So, what's valuable? That which I am lacking. I don't value air much most of the time. But if I would find myself being held underwater as in a Zen story, I am sure that air would become The Greatest Value (at least till the moment I could breathe again). By saying that I value something I am saying that I don't have that which I value, or at least I don't have that enough.

How that relates to Scrum? Well, by saying that our Team values are Courage, Focus, Commitment, Respect, and Openness we are exposing that we don't have neither of those. We do not commit to achieving Scrum Team goals and to supporting each other. Our primary focus is not on the work of the Sprint to make the best possible progress toward these goals. Our Scrum Team and stakeholders are not open about the work and the challenges. Scrum Team members do not respect each other to be capable, independent people, and are not respected as such by the people with whom they work. The Scrum Team members do not have the courage to do the right thing, neither to work on tough problems.

This looks like a contradiction. Embodying Scrum Values is necessary for empirical Scrum pillars of transparency, inspection, and adaptation to come to life. Being alive, these pillars build trust and thus enable Scrum Team to thrive. However, by making them values we admit that we do not have what's necessary. And as these five values are at the top of our value hierarchy (why would we use this five but not what is the most valuable) these are what we have the least. So, we are trying to use as a guidance that which we are most lacking.  That does not sound like a good idea. We need something to give the direction to the Scrum Team regarding their work, actions, and behavior.

Is there a better concept than "value" to use as a guidance? Moral philosophy proposes another concept that is not so popular these days and that I believe to be a better fit: "virtue". Merriam-Webster dictionary defines virtue as "morally good behavior or character". Wikipedia adds that "it is a behavior that shows high moral standards: doing what is right and avoiding what is wrong." Key difference between value and virtue is that value refers to an entity when virtue refers to behavior. We can say that a virtue is a behavioral pattern embodying some value.

It might seem too old-style and moralistic to speak about Scrum Team developing Scrum Virtues. However, this is what Scrum Guide calls us to do: "When these values are embodied by the Scrum Team and the people they work with, the empirical Scrum pillars of transparency, inspection, and adaptation come to life building trust." Speaking about virtues we are making it clear: our aim is to develop these virtues so that they are becoming our second nature.

Should we then change the Scrum Guide and replace Values with Virtues? My answer is... maybe. While this change would add more clarity into what we are aiming at, and create a greater emphasis on embodying Values, for many people that might sound too moralistic, and that might add unnecessary barriers to using Scrum. Regardless, I would argue that for the Scrum Master it is necessary to remember that Scrum Values is important but valuing them is just a first step. When a Scrum Team is just starting, it's highly probable that they don't have some or even all of what's valuable in Scrum. It's useful and necessary to have values that would be our guidance in our decisions and actions. However, the aim is not just to value Courage, Focus, Commitment, Respect, and Openness, but to live by them, enact them in everything that we do. Therefore, the aim is to transform ourselves so that Scrum Values become Scrum Virtues.