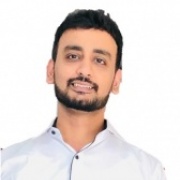 I often start my Scrum training classes with this quote:

"Scrum Master is an enabler not a doer"

This is the second in a series of posts exploring some of the myths about Scrum Mastery. Software is eating the world (At least I see that way :-)), and employees today are more educated than the previous generation (Generation X). In this post, I use the terms leaders & Scrum Masters interchangeably to help people understand that the Scrum Master is a "servant-leadership" role. I've often experienced that Scrum Masters are expected to be project coordinators, but that is not the intention of this role.

Leaders need to improve thinking, and they need to do so with extremely knowledgeable individuals. To deal with such complexity, Many organizations started adopting “New ways of working”. Scrum - one of the powerful frameworks, enables too many organizations to deal with such complexity. Yet, Scrum has been the biggest disappointment for too many organisations - I believe this is because we are mixing the management style. We are approaching the new generations with a traditional management style. The new generations coming into management positions have different needs from their predecessors. These people expect more from an organization. They want to develop personally; they value freedom and independence. They need leaders who improve their thinking.

This is where I see that the servant-leadership role coined by Robert Greenleaf (1970) complements Generation Y's needs. The skills of a Scrum Master are simple to describe. They involve paying attention, which Robert termed as "Active Listening". Attention is one of the most precious commodities in the world. You can’t command it. It can only be given. I personally believe it has more to do with asking rather than telling. I want to relate this with "quiet leadership" coined by David Rock. Before we discuss some more insights about “quiet leadership”, Let's take a look at what the Scrum Guide says about the role of a Scrum Master. The Scrum Guide says,

The Scrum Master is a servant-leader for the Scrum Team.

One of these fundamental, timeless principles is the idea of servant-leadership. One of the responsibilities of a Scrum Master is to build high performing teams by serving the team. We need to produce more for less, and with greater speed than ever before. The only way to do that in a sustained way is through the empowerment of people. Leaders who are going to manage Generation Y will need to learn the kind of empowerment that servant-leadership represents, which is based on practice, not talk or dictation and will be the key decision point between an organization’s successful Scrum adoption or its adieu to successful Scrum adoption. So what does the Scrum Master really do?

I love the statement from David Rock - quiet leadership is not an academic theory; instead, it is an art. He talks about a new approach to every conversation a leader has with their people. This will change the role of manager from one who drives results and motivation from the outside into one who is a servant-leader - one who seeks to draw out, inspire and develop the best within people from the inside out. Such leaders do this by engaging the entire team or organization in a process that creates a shared vision, which inspires each person to stretch and reach deeper within themselves and use everyone’s unique talents in whatever way is necessary to achieve that common goal.

Quiet Leadership is not an academic theory; instead it’s an art.

A Shift from Information Dispenser to Quiet Leader

In summary, Scrum Masters are expected to be information dispensers in too many organizations. Changing a habit is hard, but leaving it where it is and creating a whole new habit turns out to be far more achievable.  There are many implications to all of this, and the next series of blogs will talk about some of these. I will also introduce how a Scrum Master can move away from being a coordinator or individual contributor and coaching people in Scrum to enable positive team behaviour by gradually embodying the Scrum Values. There are several ways to do that; one of the ways is to ask powerful questions. I will introduce how to ask powerful questions in my next series! Stay tuned.

Until then, happy Scrum Mastering! 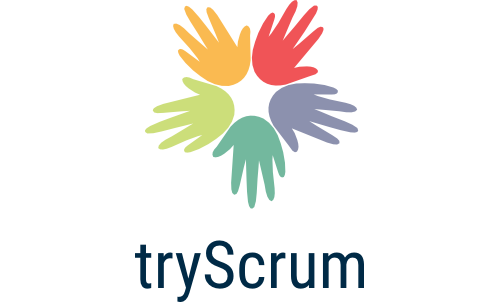 NLP Coaching - From American NLP board.