According to the Scrum guide, sprint retrospectives are "an opportunity for the Scrum Team to inspect itself and create a plan for improvements to be enacted during the next Sprint."

In my early career as a Scrum Master, I used to follow this definition quite stricly. Time was taken to look for our problems and create improvement plans. Unfortunately, as I advanced in my role, I learned that people would get tired of always looking for ways to improve. Trying to dig deeper into problems, sometimes organisational, sometimes professional, would drag the team motivation down. On the other hand, just being told that they were good seemed to give better results. Surprisingly, it brought ideas as the mood of the meeting was positive. People felt good about themselves and worked toward getting better.

To initiate these conversations, I have found that the niko-niko calendar and the mood board were good instruments to articulate positive conversations.

The niko-niko calendar is a very well documented tool where you follow the mood of the team. Bernd Schiffer has a great post explaining it. It basically consists of tracking the team's feeling at every day of the iteration with smiley faces. 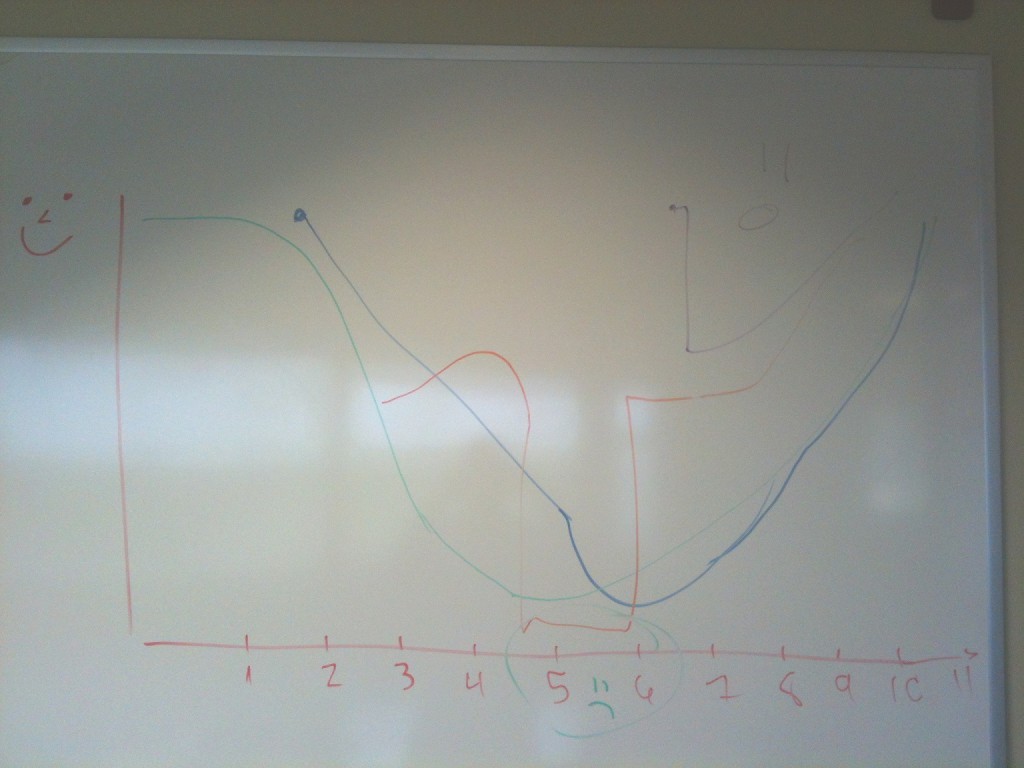 In the picture above, notice how each line is of a different colour. As I had multiple team members, and whom got on board at different moments of the project (removing other team members), we used a color for each person and the line would start at a different place for each person. I then asked people to recall positive events around this artifact.

In my example, we were in a slump around iterations 5 and 6. While we could have complained about what was going wrong around that time, the objective was to talk about positive interactions. So we started talking about how we got out of this slump. And praises started surfacing. John (the green line) underlined how the arrival of Martin #2 (the purple line) helped the project. And things just flowed for a while ... postitively.

There were no tangible action plan out of this meeting. Just good vibes because of our appreciation of each other. And sometimes, team moral is the thing to knock on during a retrospective.