The Power of Appreciating Others 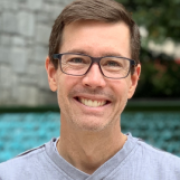 On more than one occasion over the years, I have encountered software development teams that are working day and night on a "challenged" project - both waterfall *and* Scrum. Perhaps you have lived through one of these situations: a long project that is behind schedule, over budget, and over-stressed on many levels … and with no end in sight.  Or maybe it's a "Scrum" project that's iterating internally but driving toward a challenging waterfall-type of outcome.

On one of these projects, the management team (who was also stressed) had put a reward system in place to motivate the teams to work harder in an effort to finish:

We really appreciate all of your hard work, and we’re almost there. If you can help us get this project done in the next two weeks, we will add a 20% bonus to your next paycheck.

I invite you to ponder these questions for a moment:


As expected, this reward system did not work. In fact, it made the situation worse and resulted in more delays, poor quality software, and unhappy managers, team members and customers. 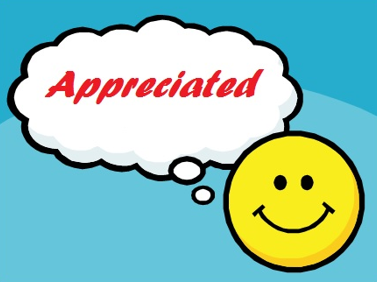 High performance teams in the software development space operate in a very different manner than described above. It starts with creating the right environment for these teams to take shape and thrive – an environment that promotes collaboration, creativity, transparency and sustainability. It is difficult to transform the former into the latter, but it often starts by learning and speaking a different message in your organization.

One characteristic of high-performing teams is the emphasis of appreciation over rewards:

What does it mean to emphasize appreciation over rewards? Here is one example…

If you are an organizational leader, consider empowering your teams with small tokens of appreciation that they can use to recognize each other; for example, a thank-you card, or a small but meaningful gift.

Rather than rewarding for the work and the output, a team member recognizes a quality or attribute of a peer that is stimulating a culture of collaborative teamwork and high performance.

If done right, it can be healthy to incorporate a small reward into this setting, but genuine appreciation is the emphasis. The reward is simply a small, but meaningful surprise to the recipient. This can have an incredible effect on team performance in the workplace. The 'Kudo Box' is a method that is gaining traction. I encourage you to explore this tool and learn more about the six rules of rewards.

As an example, I have seen this unfold in Scrum Retrospectives.  If this event is facilitated in the right environment and with the right leadership support, then genuine appreciation will often surface in an open and honest manner. A surprise reward between peers, small & simple, can go a long way as well – but only if given through a genuine gesture. I've witnessed thank-you cards or even small monetary gift cards exchanged between peers while appreciating honesty, courage, openness, helpfulness, leadership qualities, and other behavioral demonstrations of Agile values & principles. It is an inspiring and infectious dynamic when it plays out.

In closing, the following are a few compelling business benefits that peer-level appreciation can bring to your organization:


Will you show some genuine appreciation to someone in your Scrum Teams today? The results might surprise you.

I really appreciate you taking time to read this post. If you learned something new or were inspired in any way, please consider sharing with your colleagues so we can collectively make a difference in organizations of all shapes and sizes. Scrum On!

I also teach, mentor and coach People, Teams and Organizations to high levels of performance in an Agile environment. Want to experience some of my teachings in person? I would be privileged to collaborate with you at one of my upcoming events.