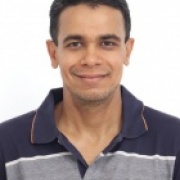 Habits first and then progress follows! There is a huge power in the little things.

It's never that single workout that you missed or that one night you ate mindlessly. That doesn't hurt your progress, stop beating yourself up for it!

In reality, it's the fifty other things, hundred other choices you don't even think about that could be stopping your progress. It is the tiny things that really add up.

There is huge power to these tiny, little and minuscule things. These habits comes in various sizes and forms.

Never disband these little habits. They all add up, not just once. They become the force multipliers in your life long fitness pursuit. They lead to much better decision making.

See if you can add 1 thing to your life and do it consistently for a month. Then extend it for another 2 months. Habits first, the progress will follow !

Same with "Scrum" ! You need to change the habits first, work on those behaviour changes, not just for 1 or 2 Sprints, but consistently. It could be :

One thing, one month...you're slowly on your way to a habit.

It can take weeks, months and years. Do it ! Do it consistently ! Don't fall back on your old habits, customs and norms.

Until next time, sweat it out, rinse, recover and repeat !