Scrum as a Driver for Organizational Change

When talking about Scrum, people often imagine the picture above: framework and its roles, artifacts, and events. Scrum rules are fairly simple, and they are thoroughly described in the Scrum Guide. Obviously, Scrum is attractive because of its potential advantages (value, speed, etc.). At my certified Scrum Trainings, I often meet company executives (even non-IT ones) who have read Jeff Sutherland's famous book The Art of Doing Twice The Work In Half The Time and are eager to implement Scrum and get the promised goodies. It seems that once roles are defined and certification training is over, everything is settled. Unfortunately, this is not quite how things are... or, not even close to how things are, and here's why.

The Hidden Side of Scrum

Actually, the chart above is the least interesting one. There are different ones that, to my mind, more accurately define the nature of Scrum.

For me, the main features of Scrum are freedom and creativity, when you can break from the ties of scientific management, which says that each employee is lazy by nature and therefore, performance can be increased only through mandatory standardization of working tools, methods and environment. This is where functional silos come from.

Scrum Team is a self-organized, self-managed unit that, ideally, should be able to make independent decisions on the broadest range of tasks possible. Here are some examples: 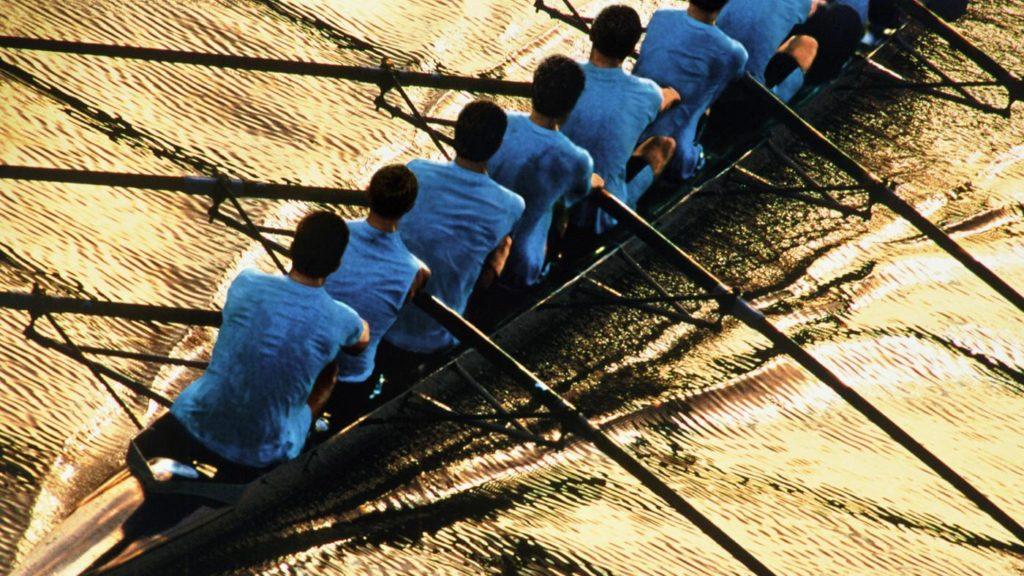 Here's what teamwork means in Scrum: 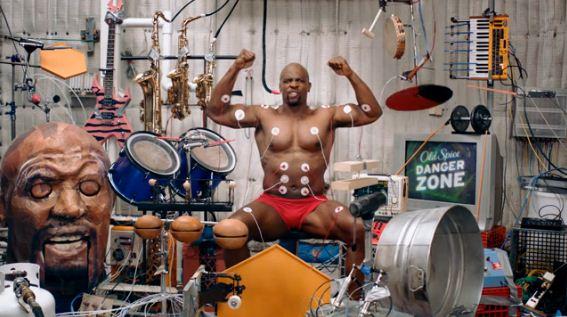 Most companies are structured vertically or function-wise, when departments and units bring together people that have the same specialization (Marketing, Sales, IT/R&D, Compliance). There is a line manager in each functional silo. Usually, R&D or IT have further silos (Development, Testing, Analysis, Component 1... Component N). This structure is optimized for maximum resource utilization (efficiency), but it doesn't have much in common with the company's business agility (effectiveness), because in order to create value for the external customer, cross-functional and cross-platform interaction of several units is needed. Very often, this results in functional units being disbanded and feature teams being created.

Under the  incremental, iterative approach, the final product is born after extensive experimentation and obtaining feedback from end users and stakeholders. "Iterative" means making changes to the output of the previous steps. This automatically leads to changing the game rules, leaving the Fixed Scope-Price-Time contracts behind and switching to direct cooperation between business and development (Customer Collaboration over Contract Negotiation). Does this entail potential organizational changes? Probably so. 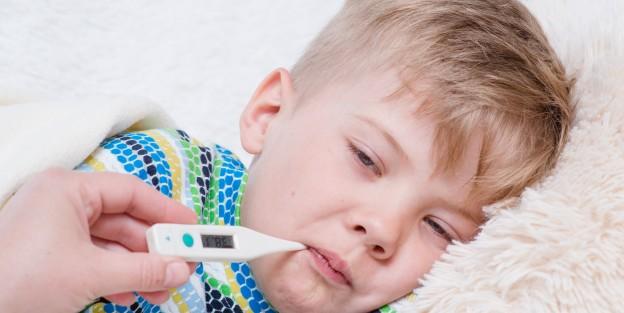 At the end of each Sprint, the team creates the "Done" Potentially Releasable Product Increment. This way, the Product Owner obtains business agility and can decide to ship the product to the market at any point. Moreover, this makes the project transparent: stakeholders understand the current product status and development progress. Often the progress can be unsatisfactory, which is OK. In this case, product development can be stopped early, with the remaining budget forwarded to other initiatives (undoubted success!).

The most important thing is to stop complaining that Scrum highlighted the existing variations to the development process, and resist the urge to come back to the winner-loser game or to fix-price contracts with attributes such as commitment and zero transparency.

I would like to share a case of successful Scrum implementation at a middle-size software development company (under 200 employees). Prior to Scrum implementation, its organizational structure was pretty typical, with a lot of functional silos (see picture below) and corresponding drawbacks: 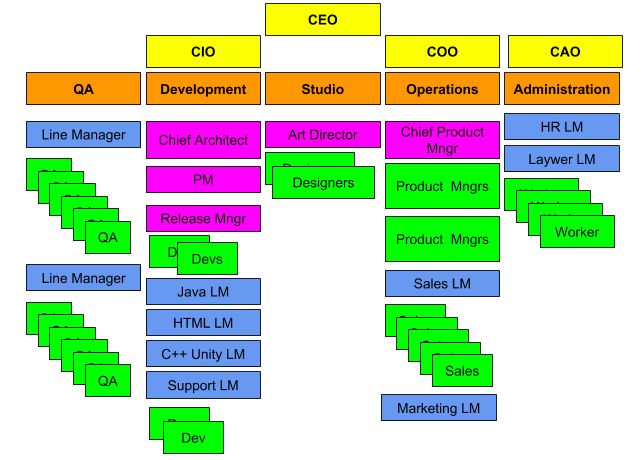 And now, behold: this is the company's organizational structure after Scrum implementation (see the picture below): 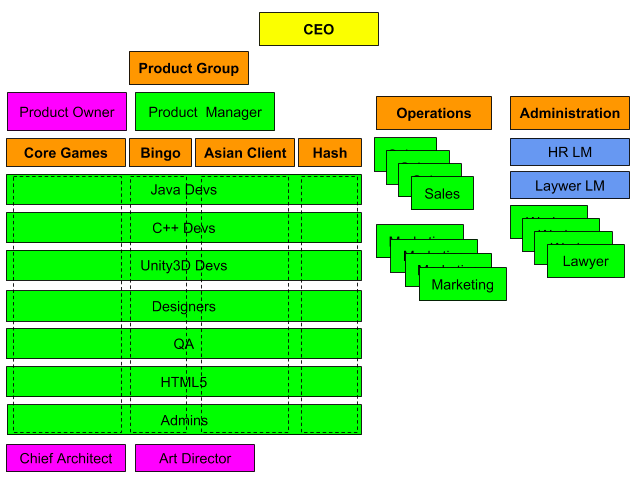 Here's what has been changed during Scrum implementation:

The structural changes that took place became possible, first of all, thanks to the uncompromising support of the company's owner, a great deal of patience, support from employees and, of course, sense of humor. Obviously, this transformation story deserves a separate article on its own.

So, what exactly is Scrum?

Scrum is a driver of organizational change that helps companies become more agile and resilient. Correct Scrum implementation leads to inevitable change in organizational structure, its simplification ("flattening") or de-scaling.

If your organizational chart did not change after Scrum had been implemented, it can mean two things.