When reading the role of the Scrum Master in the Scrum guide, one of the core competencies is to facilitate meetings. While in a meeting, a Scrum Master might want to visualize what the team is thinking or expressing. Or he might want to enhance the collaboration through an activity. Colored Post-It, markers, tape and planning poker cards are some of the things found in the Scrum Master toolbox. Just like powerful questions and active listening are tools a Scrum Master can use improve the effectiveness of a meeting, he also needs some physical material to synthesize or visualize what people are saying.

To make this possible, I used to carry this material around in a small cardboard box. Overtime, it wore down into pieces. As I have consulting gigs at different customers, it was not practical to carry around from one office to the other. I ended up using one of those reusable bag I picked up at Agile conferences. While it was better than the box, it was always a pain to search the bag for a marker or a bunch of Post-It.

I’ve (finally) found a great container to carry my stuff around: the tackle box. 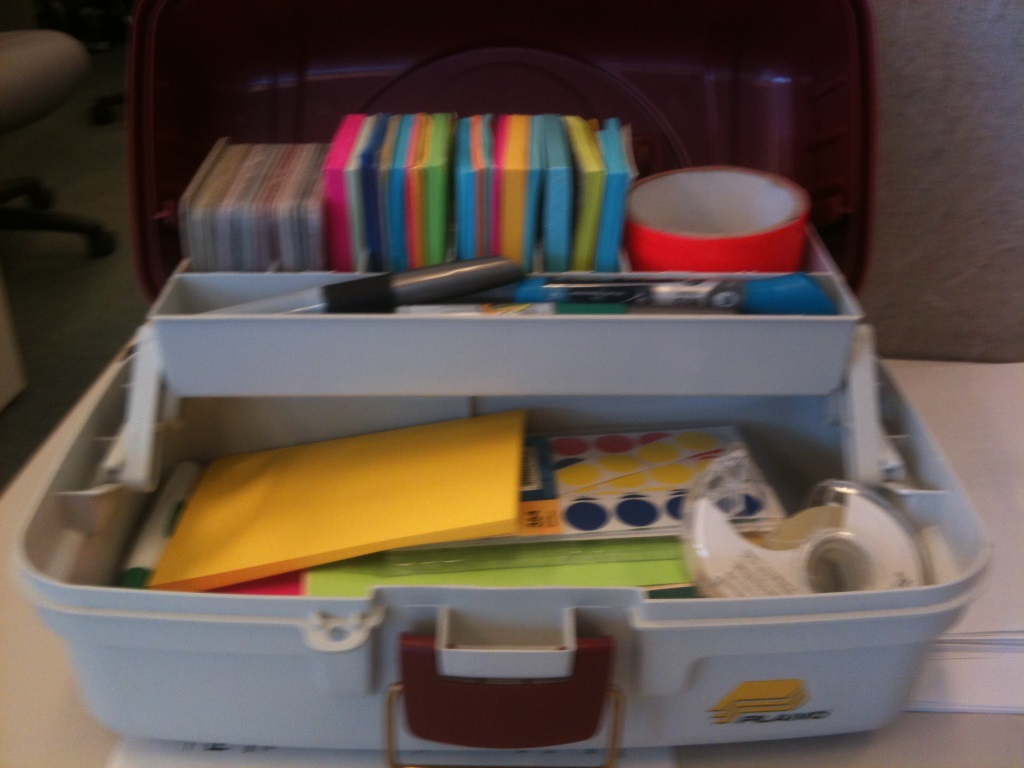 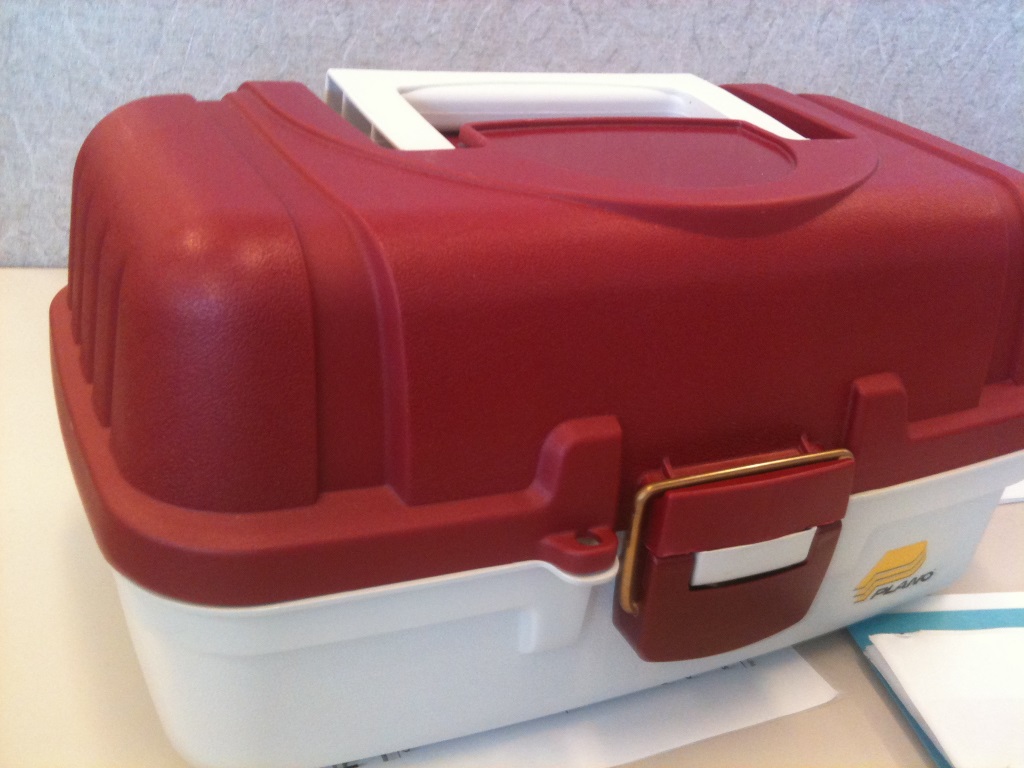 It’s cheap. It’s robust (for an office environment). It doesn't break appart after a week. It has sections to separate your stuff. It can attract a conversation when you are seen as the dangerous Agile consultant. You quickly get identified as the guy who puts stuff on walls in a meeting. I would recommend it to anyone who has to carry stuff around and have been in the same situation I've described above.

For those living in Canada and like the idea, Canadian Tire sells the Plano tackle box for $14,99