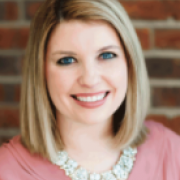 It is not often that you hear about children in school using Scrum to help them with their school work. I’ve recently come across a student on social media, who has been using Scrum for school projects. I found this story very inspiring and I thought it would be fun to share with you on our blog.

Sixth grader Bianca Lewis (BiaSciLab) is very passionate about science and technology. This year for her science fair project, she wanted to make a watering bot that would water plants on a cycle. This idea came to her during a previous science project. She was doing some research on Oxalsis Stricta. When it came down to watering and giving the plant food, she had to wait until the plant food solution ran out, then she had to re-fill her trays to a specific level. In order to do this, she was using a sensor she made, using a 1-liter bottle and a tiny funnel. She kept thinking there must be better way! So, she came up with the idea for her WaterBot. The bot would sense when the liquid was gone, then dispense it until it got to the full level. It would then print out the time and how much was dispensed.

“My dad said that this was a very aggressive project given the time constraints, but I still wanted to do it!,” said Bianca. “He thought using the Scrum process would help me get the project completed on time. My dad works at Power Home Remodeling, where they have 8 Scrum Teams that all work very well!”

The first thing they did was sit down and break the Backlog up into one day stories that would have a Definition of Done to indicate when they were complete. This way she could see real progress, and those completed stories also became her log entries for her science fair log book.

Next, she ordered the stories to determine what she had to do to get the basic functioning WaterBot, then chose which added features would be nice to have.

As she completed each story, she re-evaluated what was next to see if she was still doing things in a logical order. She frequently re-ordered the Backlog or added stories as the WaterBot developed.

Now that the project is complete and on GitHub, others can add features and improve the WaterBot! She recently gave a talk in Las Vegas on the WaterBot at the DEFCON BioHacking Village. Her next projects include a High-Altitude Balloon and a Rover, both of these will be done with other students, so they will be acting as a Scrum Team; having Daily Scrum meetings, Sprint Planning, Sprint Retrospectives and Sprint Reviews. You can learn more about Bianca and her projects at www.BiaSciLab.com and follow her on Twitter at @BiaSciLab.