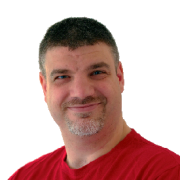 I'm slightly uniquely placed in that I am a Scrum Master, Professional Scrum Trainer and Scrum Coach, as well as being a Rugby Coach, and as such I've always been intrigued by the name Scrum. As a rugby player and coach I know that scrum is just the shortened form of scrummage, which is the name for the set piece we use to restart the game after the ball has been knocked or passed forward.

To give you a little perspective I need to introduce the biggest rivalry in rugby... not Wales Vs England or New Zealand Vs South Africa, but Forwards Vs Backs as Mick Colliss describes eloquently in his poem "My Son the Back" A little context might help. Forwards are the big ones with the dodgy looking ears who selflessly and uncomplainingly work hard for 80 minutes to win or secure the ball, while the backs are the fast ones with the flash haircuts who drop the ball, kick it away to the opposition or on very rare occasions run quickly and elegantly past the opposition to score beautiful tries. The forwards are the ones who take part in the scrum.  No points for guessing that I coach forwards, making me both a Scrum coach and a scrum coach.

When Hirotaka Takeuchi and Ikujiro Nonaka wrote the New New Product Development game they discussed a "holistic method—as in rugby, the ball gets passed within the team as it moves as a unit up the field." This describes how the forwards play in rugby, we usually refer to them as "The Pack" or "Forward Pack" which describes the way they play as a single unit throughout the game. So part of me thinks that Scrum is misnamed, it should actually be named Pack, as we are describing the way the pack work together, rather than the single set piece event, the scrum(mage). But that would be a bit daft, "I'm a Pack Master," or "come and attend my Professional Pack Product Owner class," just sounds a little silly somehow. So if I were to roll back the clock and come up with a better name to whisper into Ken and Jeff's ears, what would that be?

I used all caps to represent it as an acronym. To me, the core of Scrum is made up of these 5 things:
Transparency
Respect
Inspection
Adaptation
Done increment

Everything in Scrum, the 3 Accountabilities, the 3 Artifacts and the 5 Events all support Empiricism, Transparency, Inspection, and Adaptation. Scrum is a support framework for empirical delivery of solutions for complex problems.

I created a little cheat sheet for the Scrum events that I pulled from content in the Scrum Guide when I was studying for PSM III, and I still have it on my wall in my office. When I became a PST I later found that it looks very similar to a slide on the PSM class deck. As this table shows, "Each event in Scrum is a formal opportunity to inspect and adapt Scrum artifacts." (Scrum Guide 2020). 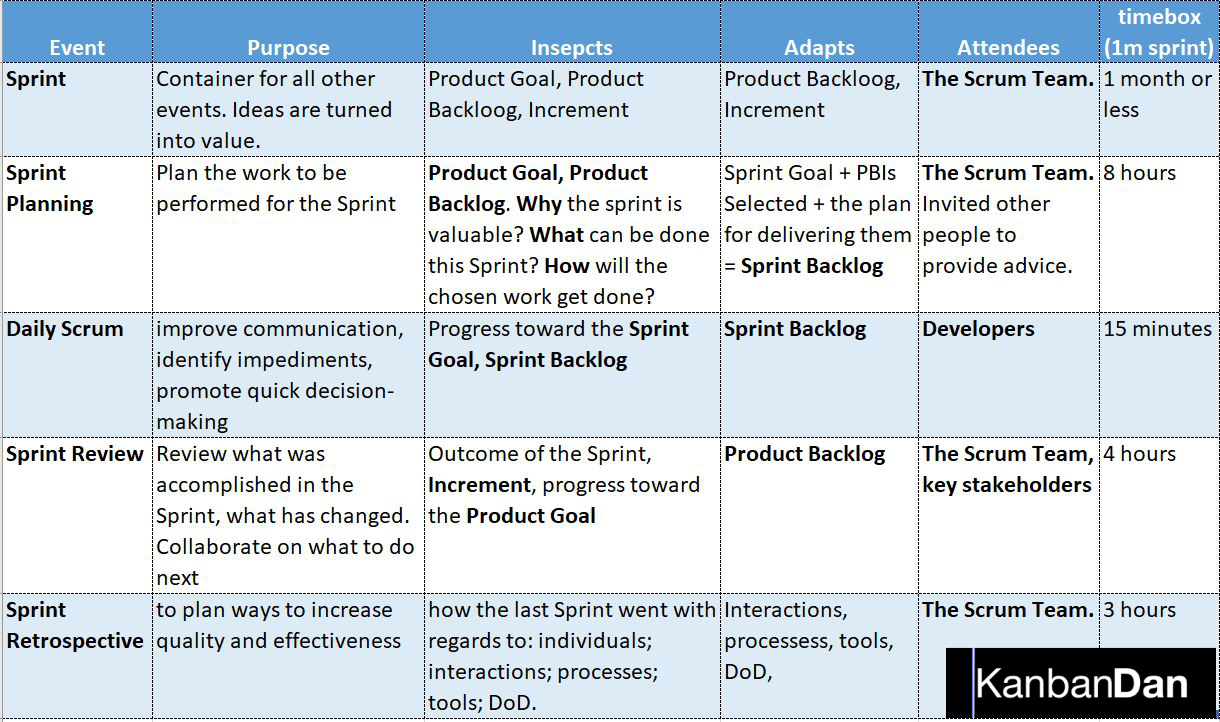 Respect is one of the 5 values, but I believe it is the foundation of all of the others. We often have conflict in and around Scrum Teams, some of it even baked into Scrum deliberately - for example, think about who has accountability for ordering the Product Backlog and who has accountability for creating the Sprint Backlog. If we don't act respectfully to everyone inside or outside of the Scrum Team, then things get fractious and difficult for everyone, and escalate to an unhelpful level of conflict.

The Done Increment is the whole point of Scrum. If we are not creating a valuable increment then we are just spending the organisation's money and time with no outcome or output. To quote the Scrum Guide, "The entire Scrum Team is accountable for creating a valuable, useful Increment every Sprint." It doesn't say "trying to," or "working towards," it says "accountable for creating."

To me, Transparency, Respect, Inspection, Adaptation, and Done increment represents the core essence of scrum, but honestly I'm still not really satisfied with TRIAD as a name, the ordering is wrong to make into fit into a nice acronym, and Triads have organised crime connotations and represent groups of 3 rather than Scrum Teams. Perhaps we should stick with the name Scrum after all. Or maybe I should ask the backs if they have a better idea... oh no, they dropped the ball again, time for another scrum.