There is a wonderful game from our childhood. I think many people have played it. The groups chooses one person who turns away and says:

The sea is rough - three.(Children at this time depict the fermenting sea.)

Players are swinging and circling. At the words "stop dancing in the blue sea" they freeze in a pose depicting any object or animal, which is relevant to the marine theme. 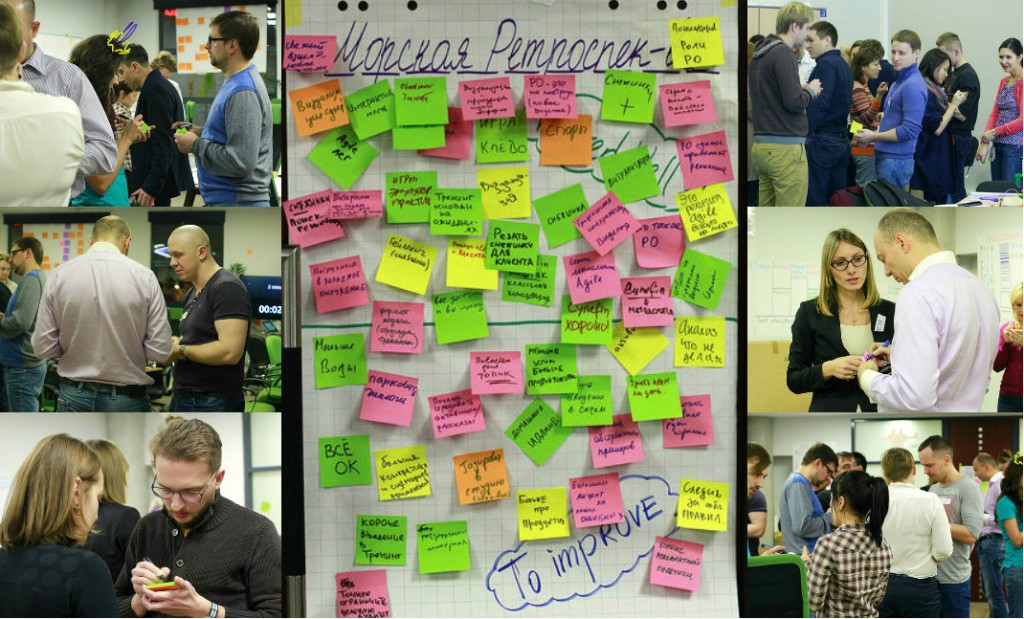 Still it’s not too late to return to our childhood and play that game again at the next Retrospective. This is especially true if we want to quickly warm up the participants and collaboratively come up with a huge number of ideas.

I have done it many times. The Sea Retrospective really works. What do you think, maybe next time I should provide participants with some vests for make it more fun?

If you are looking for new tactics, tips and games for you Scrum Retrospectives, you can find a lot in my FREE LeanPub book "A Scrum Master's Practical Toolbox".