The Sprint Goal is an important part of Scrum. It's like a burning torch that unites the Development Team and helps it move forward during the Sprint. However, the Sprint Goal is not discussed very often, and in this article, I would like to talk about the deep importance of this component. 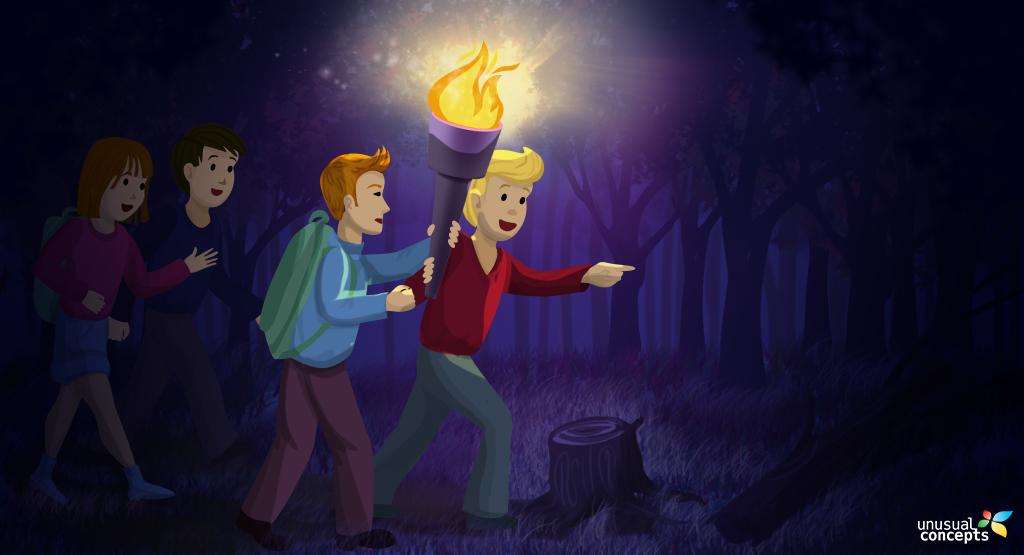 First, let's look in the Scrum Guide and see how it describes the Sprint Goal.

We can see that the Sprint Goal gives both flexibility and coherence. I'll try to explain these ideas while adding some important comments.

The Sprint Goal gives the Development Team some flexibility. When developing innovative products, things often don't go as planned. If a team knows their Sprint Goal, they can regroup and achieve the Goal, even with less functionality than planned.

Implement the functionality for user registration.

At the end of the Sprint, the team realizes that they have no time for implementing the Restore Password feature. However, the goal can be achieved because the end users can sign up and create their profiles. The only thing is that they will have to memorize their passwords for a while ;)

The Sprint Goal gives sense to the tasks and motivates the Team. People tend to be more enthusiastic and enjoy their work when they understand what it's for and how they contribute to the common cause. For example, a Sprint Goal can be worded as follows:

The Sprint Goal helps in managing risks. Each Sprint can be considered a project with a fixed budget and date. The Sprint Goal indicates the risk that the Scrum Team mitigates during the current Sprint. The risk can be associated with functionality, technologies, human factors, the external environment, etc.

Imagine a context where the Scrum Team sees a great technological risk and states the following Sprint Goal:

Test technology X and technology Y, make a final decision based on the results.

During the Sprint, the Development Team may implement two prototypes in order to lower the risk of a worse decision.

The Sprint Goal helps with focus and making decisions. The Sprint Goal helps highlight the essence and ignore everything irrelevant during the Sprint. When a new task appears, ask yourself if it is related to the current Sprint Goal. If yes, the Scrum Team can consider including it into the Sprint Backlog. If no, there is a solid reason to postpone it. Let's imagine that during the Daily Scrum on the third day of Sprint, a developer says he found out how to fix a bug that the team couldn't reproduce over the last few weeks. Apparently, this should take no more than three hours. However, the team reminds him that the bug has a lower priority than the tasks at hand. Moreover, it is not related to the current Sprint Goal, so it will be fixed during the next Sprint if the Product Owner puts it on top of the Product Backlog.

The Sprint Goal helps manage stakeholders' expectations. Stakeholders don't need to know all the details of the plan that the Scrum Team is working on during the Sprint. Often, the Sprint Goal is enough to satisfy their curiosity. Let's say the team implemented a new traders' partnership program and the next Sprint Goal says,

Partners need to get remuneration according to the selected earnings model.

Will the stakeholders understand what the Scrum Team will be working on during the next Sprint? I'm sure they will.

I hope these six reasons are enough to convince you that the Sprint Goal is an extremely important part of the Scrum. In the next article, I will show eight ways to phrase it.

My name is Ilia Pavlichenko, I am an Agile Coach at Unusual-Concepts and the first Professional Scrum Trainer (PST) at Scrum.org in Russia. I founded the group Scrum Russia, meetups Inspired By Agile, and Large-Scaled Scrum (LeSS) Russia, and Scrum Day Russia conference. I don't spend a single minute working, because I do what I love. Scrum is my hobby and my life.