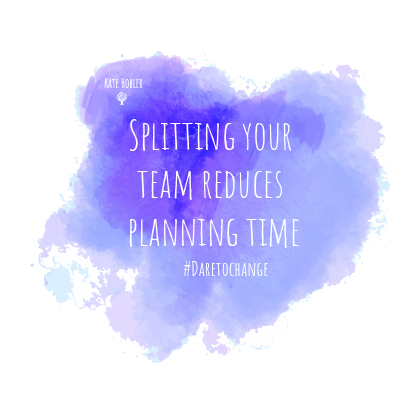 Dark, small, crowded room in a corporate office. All windows shut closed with worldproof blinds. The only source of light is a projector splitting the room in two uneven halves.

7 people around the table struggle to keep their eyes open, even though 6 of them have coffee mugs full of the ever-awake potion. One man with blind stare types something on the keyboard. One sits to the back and observes from under half-shut eyelids. Someone looks at the phone to read the time: 10:12 - still 108 minutes to go ...

In one of the companies over 10 years ago we called them Coffee Plannings that later became Coffin Plannings. An excruciatingly boring and time-wasting activity, where the whole team sits in one room, looking at one screen trying to plan a two-week Sprint. Usually only two people are engaged, the rest is asleep. We tried battling it using Core Protocols (BTW, a great set of tools). Later on we tried working on dynamics by introducing gadgets - balloons, crayons etc. It worked a little.

We were stuck in believing that a team is a team and it has to work TOGHETHER!

This is one of the most common Scrum misconceptions. Scrum does not allow sub-teams, that means everything has to be done together. That's why we plan together, refine Product Backlog together, review work toghether, achieve goals together. Everyone at once.

Of course I'm not advocating creating sturdy sub-teams. Working together in pairs or bigger groups (even the whole team at once using swarming) allows for knowledge diffusion and collective learning. So those sub-groups should be flexible and interchanging as much as possible. Too much division can be as bad as too big group working together - it will stop team from forming and learning and it is a common problem. I am advocating time-restrained sub-group working to maximize output and minimize time invested.

If we look at software development, the most effective way of using your team time is not one person coding, and others looking and commenting. The most effective teams work in pairs or small groups, sometimes individually and INTEGRATE their work OFTEN - even every few minutes. Same applies to planning.

How can I integrate planning often?

I know three ways - all of them reduce planning time by at least half the time:

Do you know any others? Share them in the comments below!

You can also join me and other PSTs - Peter Gfader, David Sabine and Joshua Partogi on a tag-me discussion on Linkedin [link]. You also can be tagged to provide your opinion on the next #daretochange  - just let me know!