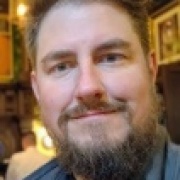 I’ve been witness to the start of hundreds of teams and projects. There’s a point at which, during the launch of a new team even before the first Sprint, I can tell with fair certainty whether the team will be successful or not. I’ve been thinking about what the root causes of this are, and here’s my conclusion. The success of a new team mostly depends on how the organization views the teaming process.

Let me draw two extremes to highlight my point. Some orgs believe teams have to come together, care should be taken in teaming, formation, and launch. These are the orgs that believe that project success is a function of the team and team launch. Other orgs believe individuals can be assembled at will, and project success is more a function of executional excellence.

Obviously organizations fall somewhere in the middle of this spectrum. But there’s a point in the team formation process where the core beliefs of management are reflected onto the team, in a transference type way. There’s no direct connection or action taken by management, but there is a REAL effect on the performance of the team.

The simplest thing you can do as a manager is to start looking at the team launch process. Start looking at the way your org starts new projects. Are teams thrown together? Is there a teaming process? To individuals have the skills and resources to thoughtfully form a new team?

My experience in these situations is backed by research. J Richard Hackman’s extensive research in team dynamics gave us the 60-30-10 rule, explained in his book Collaborative Intelligence. The variations in team performance can be explained in the following way: 60% is due to the design of the team, 30% to the launch of the team, and 10% to the execution on ongoing coaching of the team.

That should be a big wakeup call to those of us trying to start new teams and projects. 90% of the success of the team can be attributed to things that happen before we even start sprinting.