Week of Celebration as Scrum Turns 21 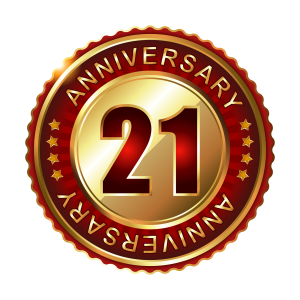 What were you doing on Oct 19th 1995? According to the internet, not much with most of the news reminding us of Black Monday that had happened 9 years before. But for what is now over 11 million people who practice Scrum on a daily basis, it was a big day.   That was the day that Scrum was officially announced at the OPPSLA 1995 conference in Austin Texas. Though many of the terms and structure of SCRUM (yes the original description included SCRUM in uppercase) has changed as it evolved into Scrum, the empirical essence of the approach is still the same. This is both a testament to how good those original ideas were, and how, by keeping things simple you can create a framework that is timeless.

Scrum was born from the realization that plan driven approaches do not work for the software projects because of the sheer volume of uncertainty. And the ideas of ‘waterfall’ though fantastic for project management poorly support the craft of software delivery. Agile, and its most successful child Scrum put in focus a conflict that most software delivery professionals had known from their first project.

The conflict between a project manager asking for an absolute estimate of time, cost and quality before the project begins even if the customer doesn’t know what they want, the developers have never delivered software to solve this problem before and operations has never really deployed this type of application. Everyone knows that any estimate and commitment will be wrong, but everyone pretends it is possible, thus creating the underlying conflict of delivering software, or the software crisis.  Add to that, the team had never worked together and each team member is also working on another 3 projects and the ability to plan to the hour is impossible. The insanity of treating software delivery like building bridges or cars had to stop.  Hence why Ken Schwaber, Jeff Sutherland and the Agile community put a line in the sand calling order to the industry.

But, that revolutionary idea and community seems a long time ago – after all mobile phones were rare, Blockbuster was still a multi-million-dollar business and you bought your music on a disk. Since the inception of Scrum we have seen it grow from an approach practiced by a few ‘agilisiters’ to one that is used by the majority of organizations who are delivering software.The roles of Scrum Master and Product Owner have become mainstream and almost everyone is doing a Daily Scrum, even if they incorrectly call it a ‘stand-up’ J. The idea of Sprints, frequent inspection and a regular product review combined with a retrospective to improve, are common place. As the use of Scrum has become widespread you would think that business agility, and the tyranny of waterfall would have been eradicated… But far from it. As I first described in a Forrester Research paper in 2011 the reality for many organizations is water-scrum-fall where only the development team are working in an agile way, with Scrum slotting into a more traditional planning and release approach. Add to that cultural clash between traditional organizations and agile ones and you have an environment where the benefits of Scrum are ‘muffled’, and business agility is still a pipe dream.

Birthdays are a great time to reflect on the past and look to the future... So, what is on the horizon for Scrum. Ken and I have presented “The Future of Scrum” a number of times and I will be presenting it again in Austin on Thursday the 20th of October.  If you are available, please stop by and celebrate in the town where the ideas were first presented as I will be describing what is next for Scrum. But if you cannot attend this talk here are the three things that we need to focus on over the next 20 years:


The reality is that, though Scrum essentially will stay the same it should connect better with others as it matures. In support of this we have a lot of things happening this week, the week of Scrum’s birthday.

An exciting week of events adding to the 19 Professional Scrum classes that are happening around the world during the week.