Why Evidence Based Management can be hard 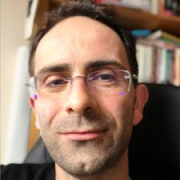 You can see the thought experiment below:

"Think for a moment about one of the finest teams you have every seen--one that performed superbly, that operated increasingly well over time, and whose members came away from the group experience wiser and more skilled than they were before. Next, think about a different group, one that failed to achieve its purposes, that deteriorated in performance capability over time, and whose members found the group experience far more frustrating than fulfilling. In your view, what is most responsible for the difference between these two teams?"

So, what do you think what is most responsible?

Well, when we look at the evidence it is hard to find studies that suggest a cause and effect relationship going from a leadership style and leader’s traits to great team results [1]. Professor J. R. Hackman says that the reason it is hard to find is maybe because it does not exist[2]. On the other hand, there is evidence that seems to point in the opposite direction. The studies suggest that great teams will bring about great leaders and not vice versa. The often-incorrect linking of a team’s performance to the leader’s style or traits is called the “leader attribution error”.

The available evidence about motivation was also a real eye-opener for me. Recently a client of mine called me up and wanted to discuss one of her teams. Her team seemed not motivated in improving; the teams said something a long the line of

The team was clearly inside a happy bubble [3].She asked me “how can I motivate my team?”. Unfortunately I had to answer that she couldn’t motivate her team. The reason is probably not about her or about her team lead. Changing the team lead for example would probably be a futile action because people can only motivate themselves [4]. The desire to do something cannot be imposed [5]. What you can do is align personal goals with organizational goals by using the employee's own need for fulfillment as the motivator.

The evidence seems to be there, but it is hard to accept that a leader’s traits and style has little influence on a team’s performance. Maybe even harder is accepting that you cannot motivate people directly, especially after watching Al Pacino’s motivational speech in the movie ‘Any Given Sunday’ [6]

To me this evidence is freaky and hard to accept, but what can we do?

Just like when adopting agile principles and techniques for improving your business, the thing you can do is to create the conditions necessary for great team performance and great leaders to emerge. (There are numerous models you can use for that.) In order to avoid adopting the wrong thing, you could collect evidence about results and act based on that evidence. A way to do that is to use EBM and face the truth about what works and what doesn’t in your organisation.