The Definitive Guide to Nexus:

The Rules of the Game 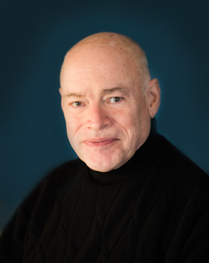 Developed and sustained by Ken Schwaber and Scrum.org

Copyright 2018 Scrum.org. Offered for license under the Offered for license under the Attribution Share Alike license of Creative Commons, accessible at http://creativecommons.org/licenses/by-sa/4.0/legalcode and also described in summary form at http://creativecommons.org/licenses/by-sa/4.0/. By utilizing this Nexus Guide, you acknowledge and agree that you have read and agree to be bound by the terms of the Attribution Share-Alike license of Creative Commons.

Purpose of the Nexus Guide

Nexus is a framework for developing and sustaining scaled product and software delivery initiatives. It uses Scrum as its building block. This Guide contains the definition of Nexus. This definition consists of Nexus roles, events, artifacts, and the rules that bind them together. Ken Schwaber and Scrum.org developed Nexus. The Nexus Guide is written and provided by them.

Nexus (n): a relationship or connection between people or things

Nexus is a framework consisting of roles, events, artifacts, and rules that bind and weave together the work of approximately three to nine Scrum Teams working on a single Product Backlog to build an Integrated Increment that meets a goal.

Software delivery is complex, and the integration of that work into working software has many artifacts and activities that must be coordinated to create a “Done” outcome. The work must be organized and sequenced, the dependencies resolved, and the outcomes staged.

Many developers have used the Scrum framework to work collectively to develop and deliver an Increment of working software. However, if more than one Scrum Team is working off the same Product Backlog and in the same codebase for a product, difficulties often arise. If the developers are not on the same collocated team, how will they communicate when they are doing work that will affect each other? If they work on different teams, how will they integrate their work and test the Integrated Increment? These challenges appear when two Scrum Teams are integrating their work into a single increment, and become significantly more difficult when three or more Scrum Teams integrate their work into a single increment.

There are many dependencies that arise between the work of multiple teams that collaborate to create a complete and “Done” Increment at least once every Sprint. These dependencies are related to:

To the extent that requirements, team members’ knowledge, and software artifacts are mapped to the same Scrum Teams, teams can reduce the number of dependencies between them.

When software delivery using Scrum is scaled, these dependencies of requirements, domain knowledge, and software artifacts should drive the organization of the Development Teams. To the extent that it does, productivity will be optimized.

Nexus is a process framework for multiple Scrum Teams working together to create an Integrated Increment. Nexus is consistent with Scrum and its parts will be familiar to those who have used Scrum. The difference is that more attention is paid to dependencies and interoperation between Scrum Teams, delivering at least one “Done” Integrated Increment every Sprint.

As displayed in the graphic, Nexus consists of:

A Nexus consists of multiple cross-functional Scrum Teams working together to deliver a potentially releasable Integrated Increment at least by the end of each Sprint. Based on dependencies, the teams may self-organize and select the most appropriate members to do specific work.

A Nexus consists of a Nexus Integration Team and approximately three to nine Scrum Teams.

The Nexus Integration Team is accountable for ensuring that a “Done” Integrated Increment (the combined work completed by a Nexus) is produced at least once every Sprint. The Scrum Teams are responsible for delivering “Done” Increments of potentially releasable products, as prescribed in Scrum. All roles for members of the Scrum Teams are prescribed in the Scrum Guide.

The Nexus Integration Team consists of:

The Scrum Teams address integration issues within the Nexus. The Nexus Integration Team provides a focal point of integration for the Nexus. Integration includes resolving any technical and non-technical cross-team constraints that may impede a Nexus’ ability to deliver a constantly Integrated Increment. They should use bottom-up intelligence from the Nexus to achieve resolution.

The Product Owner is accountable for managing the Product Backlog so that maximum value is derived from the Integrated Increment created by a Nexus. How this is done may vary widely across organizations, Nexuses, Scrum Teams, and individuals.

Additionally, the Nexus Integration Team coaches the individual Scrum Teams on the necessary development, infrastructural, or architectural standards required by the organization to ensure the development of quality Integrated Increments.

If their primary responsibility is satisfied, Nexus Integration Team Members may also work as Development Team members in one or more Scrum Teams.

The duration of Nexus events is guided by the length of the corresponding events in the Scrum Guide. They are time-boxes in addition to their corresponding Scrum events.

Refinement of the Product Backlog at scale serves a dual purpose. It helps the Scrum Teams forecast which team will deliver which Product Backlog items, and it identifies dependencies across those teams. This transparency allows the teams to monitor and minimize dependencies.

The number, frequency, duration and attendance of Refinement is based on the dependencies and uncertainty inherent in the Product Backlog. Product Backlog items pass through different levels of decomposition from very large and vague requests to actionable work that a single Scrum Team could deliver inside a Sprint.

Refinement is continuous throughout the Sprint as necessary and appropriate. Product Backlog refinement will continue within each Scrum Team in order for the Product Backlog items to be ready for selection in a Nexus Sprint Planning event.

During Nexus Sprint Planning, appropriate representatives from each Scrum Team validate and make adjustments to the ordering of the work as created during Refinement events. All members of the Scrum Teams should participate to minimize communication issues.

The Nexus Daily Scrum is an event for appropriate representatives from individual Development Teams to inspect the current state of the Integrated Increment and to identify integration issues or newly discovered cross-team dependencies or cross-team impacts.

During the Nexus Daily Scrum, attendees should focus on each team’s impact on the Integrated Increment and discuss:

The Nexus Sprint Review is held at the end of the Sprint to provide feedback on the Integrated Increment that the Nexus has built over the Sprint and to adapt the Product Backlog if needed.

It consists of three parts:

Because they are common scaling dysfunctions, every Retrospective should address the following subjects:

For the questions above, address if necessary:

Artifacts represent work or value to provide transparency and opportunities for inspection and adaptation, as described in the Scrum Guide.

A Nexus Sprint Backlog is the composite of Product Backlog items from the Sprint Backlogs of the individual Scrum Teams. It is used to highlight dependencies and the flow of work during the Sprint. It is updated at least daily, often as part of the Nexus Daily Scrum.

Just like its building block, Scrum, Nexus is based on transparency. The Nexus Integration Team works with the Scrum Teams within a Nexus and the organization to ensure that transparency is apparent across all artifacts and that the integrated state of the Integrated Increment is widely understood.

Decisions made based on the state of Nexus artifacts are only as effective as the level of artifact transparency. Incomplete or partial information will lead to incorrect or flawed decisions. The impact of those decisions can be magnified at the scale of Nexus. Software must be developed so that dependencies are detected and resolved before technical debt becomes unacceptable to the Nexus. A lack of complete transparency will make it impossible to guide a Nexus effectively to minimize risk and maximize value.

The Nexus Integration Team is responsible for a definition of “Done” that can be applied to the Integrated Increment developed each Sprint. All Scrum Teams of a Nexus adhere to this definition of “Done”. The Increment is “Done” only when integrated, usable and potentially releasable by the Product Owner.

Individual Scrum Teams may choose to apply a more stringent definition of “Done” within their own teams, but cannot apply less rigorous criteria than agreed for the Increment.

Nexus is free and offered in this Guide. As with the Scrum framework, the Nexus roles, artifacts, events, and rules are immutable. Although implementing only parts of Nexus is possible, the result is not Nexus.

Copyright 2018 Scrum.org. Offered for license under the Offered for license under the Attribution Share Alike license of Creative Commons, accessible at http://creativecommons.org/licenses/by-sa/4.0/legalcode and also described in summary form at http://creativecommons.org/licenses/by-sa/4.0/. By utilizing this Nexus Guide, you acknowledge and agree that you have read and agree to be bound by the terms of the Attribution Share-Alike license of Creative Commons.