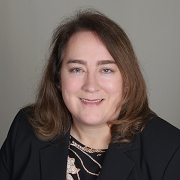 Rebel Scrum, LLC. This is the training you've been looking for.

Training is Your Game Changer.

Are you ready to take your team to the next level? Are you ready to ask the tough questions and challenge your way of thinking? Scrum.org could be your key to achieving lasting change and revolutionizing your team’s effectiveness. Discover a new way of working and learn how to unleash your team’s potential. The courseware offered by Scrum.org is the best in the industry because it is challenging, it is ordered, it is logical, and it is consistent.

Mary Iqbal is a recognized project management leader with a 20-year track of bringing projects to the finish line on time and on budget. Mary’s leadership style can help you unleash the creativity of your team to solve complex problems and deliver value. Mary has worked with Fortune 500 companies to lead new technology rollouts and double business revenue. Mary’s real-world tactical experience and team management strategies have helped businesses achieve accelerated growth through applying the Scrum framework. Mary has a Bachelor of Business Administration from the University of Texas at Austin.

"When I am confronted with a difficult business problem, the best tool in my toolkit—by far—is the Scrum framework."

I am often asked, “Can Scrum be used when you have hard deadlines?” Absolutely. Utilizing the Scrum framework will help you meet challenging targets by encouraging teams to prioritize the highest value work. The Scrum framework is your tool for rationalizing complex environments and moving initiatives to successful completion. Scrum exposes problems and encourages teams to solve them by defining specific events, accountabilities, and artifacts. Teams who use Scrum will continuously improve their effectiveness and prioritize the highest value work for the customer. Unleash your team’s creativity and focus on the continuous and iterative delivery of value for your business and your customer with Scrum.

Mary has no visible classes.