Development team is self-organizing, therefore their composition can be changed mid-sprint.

I've come across this question in a mock exam online. It's apparently a true/false kind of question.

Development team is self-organizing, therefore their composition can be changed mid-sprint.

My answer was TRUE but according to the website the correct answer is FALSE.

Development team is self-organizing, but it doesn't mean that they can change their composition mid-sprint. The composition change can happen between two sprints.

I don't think the Scrum guide has mentioned anything in that respect.

The Development team is self-organizing, but it doesn't mean that they can’t change their composition mid-sprint.

They might decide to do so in order to preserve the Sprint Goal, for example, should it be discovered that new skills are required.

I'm in agreement with Ian.

I think it's important for the team to understand the potential impacts to changing composition at any time (mid sprint or afterwards).

The Development team is self-organizing, but it doesn't mean that they can’t change their composition mid-sprint.

They might decide to do so in order to preserve the Sprint Goal, for example, should it be discovered that new skills are required.

@Ian Mitchell, How would the original team have selected the work needed to achieve the Sprint Goal if they didn't have the skills? Wouldn't it have been better for them to have decided the change in team composition much earlier? perhaps if possible before the new Sprint or during Sprint Planning? Also Mid Sprint gives the impression that they may already be half way through. Also with team composition change, team members may take time to align themselves again, might that not potentially cause the Sprint Goal to be endangered?

@Ian Mitchell, How would the original team have selected the work needed to achieve the Sprint Goal if they didn't have the skills? Wouldn't it have been better for them to have decided the change in team composition much earlier?

@Timothy Baffa, Sorry, I am a little confused by your question and I'm not sure I understood it correctly. By definition, the Dev Team has all the skills needed to deliver an Increment. If the Dev Team is aware that they don't have the skills, should they ask for help, new team members with those required skills or should they just silently take on the work hoping they can learn and implement during the Sprint? The assumption made here is that the Dev Team didn't have the skills, yet accepted work by committing to a Sprint Goal.

There is no harm in changing team composition mid-sprint, again, assuming that it will not cause disruptions or endanger the Sprint Goal. Typically, as new teams form, there is a period of time they take to adjust to each other and to the work. To avoid this, what I was seeking clarification on was, wouldn't have been better for the Dev Team to be transparent about the issue latest at the Sprint Planning, instead of mid Sprint?

Hope that makes sense and addresses your question too.

Your position assumes that the development team knew at the start of the sprint everything needed to deliver their forecast.   While that may be the case in most instances, can there be the possibility that the team discovers a skill gap once they begin work?

Old school project management refers to this as progressive elaboration, or the revealing of additional detail as work progresses.   Discovery of new detail may result in the need to augment a Dev Team's skill set as suggested, or potentially place the items and/or Sprint Goal at risk. 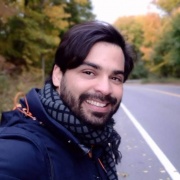 IMO, It should be pointed out as false.

At the beginning of the Sprint, at the Sprint Planning level, the Dev Team commits itself that they are going to delivery what was selected from the Product backlog, and then it becomes the Sprint backlog. To do so, they analyze its capacity.

If, at the middle of the Sprint, they decide to change its own team, they will be in trouble to achieve the Sprint goal.

Less resource will be available to accomplish the Sprint goal. If you add people, it is going to be a problem too because every change comes with more learning, more learning takes time.

Take a look at the Tuckman model, "forming, storming, norming, and performing."

The given situation is not related to a self-organizing team.

@Timothy Baffa, my position was that at the beginning of a Sprint, the Dev Team should have an idea of whether they have all the skills to accomplish the forecasted work and thus achieve the Sprint Goal. If mid Sprint, they realize that they have a skills gap, in my opinion, they need to inform the PO and then take the necessary course of action. This could include using some of their capacity to introduce a Spike and assess if they can overcome the skills gap, or else can some of the scope be reduced and still achieve the Sprint Goal, check if we have someone in another team who has those skills, hire someone if necessary and if possible, and lastly consider the possibility of cancelling the Sprint. Introducing new team members mid Sprint or when team composition changes, there is some time that is needed for the team to self-organize, especially if the new addition(s) are not familiar to the existing team. If they are, then the situation might be different, and perhaps you won't endanger the Sprint Goal. Either ways, I believe the best way would be to advise caution while making any drastic changes mid Sprint.

Per the Original Post, for a True or False question, it is a hard choice to make, and in my opinion, the safest route would be FALSE.

I also agree with @Ian Mitchell, that team composition can change mid sprint to preserve the Sprint Goal, however I think its quite important to advise caution that it should not endanger the Sprint Goal

If the question were re-worded to The Development team is self-organizing, therefore their composition can be changed mid-sprint if it does not endanger the Sprint Goal, then I would safely choose TRUE.

Thank you all for your comments. The quiz from which I got this question turned out to be full of wrong answers.

For example, one of the question asking about who has the authority to change the Spring backlog. Axiomatically, I picked the Development Team. But the correct answer was NO ONE.

This is just an example of many.

@ Steve Vb , Could you please refer me to the part in the Scrum guide that supports your argument? I think the question was about the possibility that some changes to the composition of the Development Team occur mid-Sprint regardless whether or not those changes affect the Sprint goal. So, the changes might not affect the Sprint goal but, rather help the the Development Team acheive the goal of the Sprint. The Sprint Backlog is dynamic as you know, so the changes made to it might not had been identifed in advance, therefore, changing the composition could save the Sprint goal by overcoming an impediment such as skill constraints that arose because of the Sprint Backlog changes.

Don't get me wrong I'm just a newbie to the feild of Scrum. but I failed to find anything that supports your argument in the Scrum guide. But I would like to get some knowledge about Scrum from people like you who have been using Scrum for a long time.

Sorry for my bad English

regardless whether or not those changes affect the Sprint goal.

@Mohammed Bu Saeed, During a Sprint, changes can be made as long as it DOES NOT endanger the Sprint Goal.

The part in the Scrum guide where this is said is:

When team composition is changed, team members again go through the Tuckman's stages of team development and this may require some time for the team members to be aligned once again.

therefore, changing the composition could save the Sprint goal by overcoming an impediment such as skill constraints that arose because of the Sprint Backlog changes.

In my opinion, changing the team composition mid Sprint may help overcome a skills gap but everyone should be aware of the fact that such changes may have some negative impact on the team. You may ask why? Imagine you are part of a team and you are facing the same issue. The next day you realize many team members have changed. Would you and the others be as comfortable immediately as with the original team?

The Sprint Backlog may not have changed, perhaps it may be more correct to say it emerged. 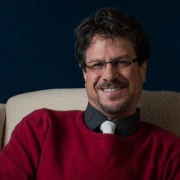 The teams are self-organizing, but only within the boundaries established by the organization development. No dev team has unlimited carte blanche  to change willy nilly however they like.

For what it's worth, here are my thoughts.

I've seen the explanation in a number of mock exams online and I'm not sure where it came from. I'd therefore go straight to the Scrum Guide.

The Scrum Guide doesn't explicitly state that development team composition cannot change during a sprint, however, it does say that no changes are made that would endanger the sprint goal so that must take precedence.

So, we need to look at how changing the development team's composition could affect the Sprint Goal.

1) Could it endanger the sprint goal? Yes. The obvious example would be a new developer requiring additional help and support from the other developers that redirects their efforts.

2) Would it ALWAYS endanger the sprint goal? No. The change in composition could be required to help achieve the sprint goal. A developer who leaves or is sick may need to be replaced, perhaps they had a particular capability or skill. That may not have been foreseen by the Sprint Team during Sprint Planning.

In both cases an impediment has been identified and it should be resolved as soon as possible so this may, in some instances, need to be done during the Sprint. When the change is made depends on the severity but ultimately the Sprint Goal must be considered and since that isn't mentioned in the question, the answer must be True.

Another question from the same quiz:

Question:
The only thing constant across the Sprints is:
a) Development Team Composition
b) Product Backlog
c) Sprint Goal
d) None of these

Answer:
d) Nothing is constant, everything can change

I'm not sure whether the question is intended to read 'across Sprints' or 'across the Sprint'.