When I failed as a Scrum Master and gave up 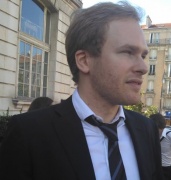 I've been a Scrum Master for a luxury company for 1 year now. Before that, I was a Project Manager, then Scrum Master, then Agile coach as a freelance, and for the first time as a Scrum Master I completely gave up at my role, and I dislike myself for it.

In the company I started to accompany and coach for Scrum, we were in a classic waterfall, with a PMO which only wanted vanity data and KPIs to pilot his project. As a Scrum Master, I tried to accompany him by teaching him empyricism. He refused everytime, and I never knew why.

I got a Product Manager, who I tried to coach into her role, but she refused to change her way of micro-managing teams. When I understood that, I tried to protect the dev team, the Product Owner, but she used her authority to destroy the team and make them split. The product owner, with some courage, told the management it was a bad call. He was fired some days after that.

That's when I understood that this company cannot be saved. I shouldn't have "tried" to save it. They do not want anything close to Agile, even though they tell it to developers they want to recruit. I gave up, for the first time.

When you get recruited by managers who want change, but the top management do not want it, what are your possibilities ? I'm at a loss here if I'm in the same situation again and again.

It sounds like leadership was not ready or willing to sponsor something like Scrum within their organization despite hiring for the position. There may have been nothing you could do in this regard.

I'm going to use a quote from @Ian Mitchell from a blog he wrote around agile-pmo that I quite like in regards to the possibilities... https://www.scrum.org/resources/blog/agile-pmo

In an environment such as this, the best thing for an agile coach to do is to politely focus on teamwork, accountability for value, and the reduction of batch sizes. If Scrum is being referenced, a deep knowledge of the Scrum Guide will prove to be indispensable. A coach's duty is to provide clarity and not to be sucked into political intrigue. It is then up to the organization to decide if it wishes to pursue genuine agile improvement.

Sometimes the best step for you as a Scrum Master may be to move on.

What positives can you pull out of this failure you speak of?

Did the manager who recruited you is also the one you are working with? If it is different, you can probably discuss with him about the concerns.

Unfortunately, if it is the same, I agree with Tony, move on and get out of there.

I had the same experience or at least the same feeling when the leadership shifted when our agile coach resigned. We felt that we were going away towards agile and there was nothing we can do. We tried to voice out or explain things but the new leadership intends to follow the traditional approach of authority and counting of billable hours and not outcomes or outputs. They were forcing everyone to account every minute, every hour spent on doing codes than discussions, knowledge transfer or even events for individual growth. Even when some of our colleagues left and explain why they resigned because of the shift, no effect on the new leadership because they also have that idea that their model has been proven working and efficient (e.g. Product Management doing the estimates for development team, promising actual deadlines to client instead of asking development team, forcing the development team to cope up on agreed deadline from PM, when the development team did not make the deadline, its development fault and not the PM).

This is more common than you think. Most companies are implementing Agile from the bottom up. In my experience, that is a recipe for disaster. An organization cannot be Agile unless it starts from the very top (Founder, CEO, etc.) and then flows down to the junior staff. Agility is about a transformation in mindset. That is easier said than done. In your journey, you are likely to see companies who claim that they are DOing Agile because they have acquired a certain task management tool, have invested in open office spaces (don't even get me started on this one), have hired a team of Agile Coaches and are holding more ceremonies (meetings). Agile! Yay!

I like Scrum and I advocate for it, but I know that it's an uphill battle, particularly as most large enterprises have chosen to go with a popular scaled methodology. The way I see it is that I am not there to save the world. I do the best I can, I get paid for my labor and I go home.

Why was Scrum applied in the first place?  Just out of curiosity, not to point fingers:)

Why was Scrum applied ? Because they wanted the teams to become faster and more productive, as always ! ;)

t was a classic water-scrum-fall. Anyway, I though I could help change things by influence, but it did not work the way I wanted. Things went south little by little, and the maintenance phase went for a long time (6 months for 6 months of development and 3 months of planning. I wasn't there during the planning phase).

That's why I resigned. I'm not even replaced anyway, they do not see the value in having Scrum Masters anymore.

You're right, sometimes it's better to go out.

Moving to scrum does not equate to be faster and more productive.

I think they had a different understanding of scrum, it is not a magic wand. It is one of frameworks that is using agile mindset or approach.

I've been a Scrum Master for a luxury company for 1 year now.

That's why I resigned. I'm not even replaced anyway, they do not see the value in having Scrum Masters anymore.

You're right, sometimes it's better to go out.

Generally speaking the luxury market is quite resilient. Was there much pressure to innovate or change?

Culture is king and it can actually kill any strategy, if it wants to. Fight or flight. In this case, I believe, you did the right thing.  It's very challenging for any scrum master to challenge the status quo because their pay band don't encourage them to start a lost fight. Please don't invest your time and energy where you can't exercise any of the scrum values.

Why was Scrum applied ? Because they wanted the teams to become faster and more productive, as always !

For me, Scrum is about building the right thing, not necessarily building faster or building more.

It is a good reply to ask those who believe that Scrum equates to faster and more productive teams, why they believe that?   I have had success challenging similar statements and beliefs about Scrum/Agile with requests for empirical evidence to support their assertions.   This can sometimes help a Scrum Master educate and break through such beliefs, and help them to a better place.