I have two questions about Nexus:

1) Is there a Team Sprint Planing event in Nexus?

The result of Nexus Sprint Planning is: […] A Sprint Backlog for each Scrum Team […]

2) Is there a recommended order of the events?

Therefore first the Nexus then the team events?

The Nexus Guide says that events are appended to, placed around, or replace regular Scrum events to augment them. It also says the result of Nexus Sprint Planning includes a Sprint Goal and a Sprint Backlog for each Scrum Team.

If Nexus Sprint Planning replaced the Sprint Planning event in each team, how would those Scrum Teams then arrive at their own Sprint Goal commitment and the forecast of work for achieving it?

Previously, the Nexus Guide did recommend an order for events. The Nexus Sprint Planning would come before each team's Sprint Planning. The Nexus Sprint Retrospective would be the full Nexus, individual teams, then the full Nexus again. The Nexus Daily Scrum also defines two-way information flow. However, as far as I can tell, all these recommendations are gone. You could conceivably organize these events in different ways and still be doing Nexus.

The only Scrum event that is replaced by a Nexus event is the Sprint Review.  All others are augmented.

@Thomas: Is this still the case in the updated Nexus guide, since I think I can't find any hard evidence any more in the Nexus Guide of the three sections. They are some 'additions' described, but no longer three parts. 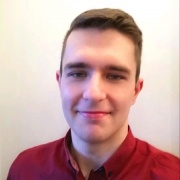 I have a problem with understanding time boxing Nexus Sprint planning event.

It means that there is 2 options:

A: All sprint planning events  summary has got only 8 hour timebox (for 1 month Sprint)

B: Nexus Sprint planning has got 8 hours and each Sprint Planning  can also has got 8 hours (for 1 month sprint) for example - three scrum teams it will be maximum 30 hours of planning?