I was wondering about the following.

What to do if there is a conflict within the team. You as Scrum Master has done everything possible but the conflict remains.

What's the next step?

What constitutes "everything possible" in your opinion?

What do other team members have to say regarding the conflict?

Is the conflict affecting the team's ability to meet their sprint forecasts?

It is difficult to even consider what the next step might be without understanding some of the dynamics and history around the conflict.

"You" as Scrum Master ? What is the role of the team ? What does the team say? They are after all, supposed to self-organize....

What constitutes "everything possible" in your opinion?

For the sake of argument, let say the Scrum Master has done everything that is required. (facilitate, mediate, coached, talked to team etc etc.) Despite all that, the conflict remains...

What do other team members have to say regarding the conflict?

The entire team suffers from it.

Is the conflict affecting the team's ability to meet their sprint forecasts?

To sum up the situation, the entire team is apparently aware of this conflict within the team, and it is affecting the team's ability to meet their forecast each sprint.

As a Scrum Master, there simply isn't any magical dust that you can sprinkle on the situation that will make it better.

While you say that the entire team is suffering the consequences, you haven't said what they're feedback is. Do they feel powerless? Have they had any suggestions? How would they manage the situation if it were up to them?

Because ultimately, it is up to them. And as a Scrum Master, you need to support the health of the team in any way you can.

When in doubt, visibility and transparency are safe paths as a Scrum Master. Make the situation and the repercussions as visible as possible, and look to either the team or others within the organization to manage it.

Timothy has summed up the discussion -

1) First of all - team being "self organizing" is suppose to suggest/provide feedback and propose solution - this could very well be a recommendation to replace a particular team member.

2) As SM - ownership/responsibility of resolving/removing 'impediments' is with you. Identify the root cause(s) of the conflict (personality clash, ego, behavior of a particular team member) and use warning/escalation/decision path!

Conflict is a natural and I'm glad you're taking attempts to work thru this. I would ask a philosophical question -- what if some level of conflict is acceptable to the Team?

Without getting into conflict resolution training / skills / tips, I would do what you're already doing -- look for help.

Now, supplement this with who can help within the organization?

> I was wondering about the following.
>
> What to do if there is a conflict within the team. You as
> Scrum Master has done everything possible but the conflict remains.
>
> What's the next step?

As a Scrum Master you are a coach to the wider organization. What message would you take to them about this, given that conflict affects one of their teams, and the options thought to be available have been exhausted?

It would be very helpful to understand how this conflict started. Is it a new team member that recently joined? I had a similar situation where a new team member stirred the team and triggered a conflict (and he was not necessarily the bad guy).

Did the same team has former working experience without this conflict ?
How was it ?

The question Ian asked, has not been answered, if every solutions has been exhausted and the team still remain in conflict, I would suggest the management should be notified, depending on the conflict, some conflict require management involvement at the very early stage which mean the team member who are facing conflict can be closed monitored or be given the required help needed

I'm sure you have the best of intentions, but this question is way over three years old, so I'm not sure if TS is still looking for an answer :)

However, diving into your suggestion: why should management get involved with conflicts in the self-organizing team? 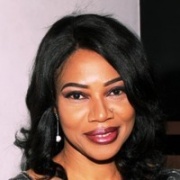 I really don't think there should be an expiration to answering questions on a thread or making comments @Bouke Bergsma. I consider these questions and threads that follow to be a body of knowledge - especially for upcoming Agilist.

A Scrum Master as a facilitator and based on context will know when to step back or forward, letting the team self organise to resolve the conflict (leveraging sprint retrospective). If they are finding this difficult still,  especially when sprint goals are at risk - stepping forward to facilitate the team using various techniques (What? So What? Now What? - 5 whys - Fish bone etc).

If problem persist and requires escalation, that in my opinion will be appropriate. But it will be important to transparently show /articulate the problem, the consequences and effort(s) made so far. Escalating is not necessarily negative - the team or team member may well get a permanent solution from management intervention, and I speak from real life experiences here.