My experience tackling the PSM II as a first certification

Hello all.  I recently decided to sit for the PSM II exam with no prior scrum certifications, and was able to pass.  I’ve seen a few posts here about how to prepare for the gap between the two tests, but not a lot of people who might want to jump straight into an advanced certification without tackling the topics progressively.  It’s certainly not an easy route, but it’s a possible one.  I’d like to share my experience with all of you, and I’m happy to answer any questions.

To start my routine off, I took the Scrum Open test.  Then I took the Developer Open test the next day, once I had forgotten the Scrum Open questions.  I did this without reading the Scrum Guide.  As expected, I bombed both of them horribly.  I think I scored around the 30% mark.  However I was able to get a feel for the kinds of questions asked, and an understanding of Scrum methods I’ve seen within my organization as well as vocabulary that were brand new to me.  Now I had a baseline for my knowledge, and I sat down and read through the Scrum Guide, twice.  At the end I tested with the Scrum Open again, getting a score of around a 70%.

I then proceeded to take a 2-day Agile training seminar.  This offered through my work and was NOT a Scrum seminar, though it covered many Scrum practices.  Some of the information was dated or related to other methodologies, so terms like “Sprint 0” and “Hardening Sprint” were thrown around.  This turned out to be a blessing in disguise because as I continued to take the Scrum Open exams, I was forced to identify the differences between “Scrum” and “Agile."

Once the seminar was over, I took the Scrum Open two more times, getting 95%+ each time.  This was the point I moved over to the Nexus Open and Nexus Guide.  I don’t have much to say on this one; it took me about a day to get to 95%+ mastery.  Nexus was a relatively easy concept after mastering the core Scrum Master topics.

Finally, I looked up as much information as I could find on the PSM II.  In 2016 the PSM II exam was drastically changed, and most of the information I found was related to what has since become the PSM III.  Luckily a few blog writers have updated their articles to keep their information relevant to the correct exam.  This helped me understand what I was getting into a little better, and how the PSM II would differ from the Scrum Open.

After all that, I took the PSM II, and...failed.

For all the practice and preparation, the PSM II is difficult!  However, failure is not something that should be feared; it should encourage inspection and adaptation.  Since Scrum.org provided me the sections I was weak in, I had a general idea of what to look for.   Armed with these new questions and categories, I spent several hours doing research and filling in the knowledge gaps I identified.

A few hours later, I retook the exam.  I did this within 24 hours of the first attempt.  This gave me time to quickly power through the questions I was confident on during the last attempt, and focus more time onto those I was less certain about or the new questions from the pool that weren’t on my previous attempt.

This time I passed.

Would I recommend you follow in my footsteps and ignore the lower certifications?  No, not really.  Take the PSM I.  Take the SPS.  Then look towards the PSM II afterward.  Work your way up rather than throwing yourself right into the thick of things.  The PSM II builds off the other certifications so by taking them in order, you can build up your knowledge with checkpoints.  Additionally, it means you can walk away from a failed upper-level exam with existing certifications in hand.

Best of luck with your next certification!

So to recap my process:

Thanks Jason for sharing this, it will be helpful.

For me the 2-day agile seminar was pivotal.  You could replace this with book learning and research, but since I didn't go that route I can't offer specific recommendations for readings.  In either case, I would still recommend some form of reading and practice outside of the Scrum Guide.  While the PSD I and PSPO I (and presumably, the PSM I) all focus around the Scrum Guide as it is written, the PSM II uses the Scrum Guide as a framework, and then asks more questions about how to handle problems, and fewer questions about definitions.

I found that reading up on common Scrum methods like Activity Boards, how to write effective User Stories, and things like how to keep your Daily Scrum under 15 minutes (instead of just that you should) gave me a strong edge.  You'll have to dig around the forums and blogs, or even off-site for some of that information.  Learning how to enhance or maintain the Scrum framework will help you.

And of course, I'd like to reiterate that the Nexus Guide is covered fairly substantially.  While you don't need to have an SPS level of mastery, it certainly wouldn't hurt.

Hi Jason - Can you share a bit more detail on the types of questions you saw on PSM2?

I understand it's 'situational' but I'm curious how specific the questions are.

CEO of your company comes to the team and says that you are slow. What do? This type of questions :)

I'll provide an example (not a real test question):

The Daily Scrum keeps overflowing past the 15 minute timebox.  As the Scrum Master, a team has requested you attend and observe the meeting.  You notice people tend to go into high levels of detail when discussing their stories previous work, and blockers.  Select as many correct answers that apply.

And is the answer to above is -

Thanks Jason for sharing.

Yes, those are what I intended to be the "best" answers.  I'll go into some detail about how I would think about these questions during an exam.

If you're not observing the time boxes, you are breaking some of the fundamental rules covered in the Scrum Guide.  You can build on top of Scrum but you shouldn't ignore core components of it.  Strict time boxes help push the development team to be concise and avoid tangents.

Just because something doesn't fall under the Daily Scrum doesn't mean it can't be discussed afterwards!  If a problem doesn't involve the whole team, as separate meeting with just the involved parties is a good way to address it.  This isn't covered in the Scrum Guide, but it also doesn't violate any Scrum practices.

While solutions like passing around a "talking rock" can be very effective, in this case the question is worded in a way where the Scrum Master is controlling and enforcing the process, instead of facilitating it.  It would solve the problem and keep the team doing Scrum, but it would be a misuse of the Scrum Master's role to accomplish that outcome.

When Scrum Meetings go over their time, often it's because people either aren't concise, or because they're adding unnecessary information.  Stephanie Ockerman provides a blog post on this topic.  A lot of teams use the "three questions" method: what you worked on, what you're working on, and what blockers you have.  This is fine, but it has the potential to push followup questions that bring the meeting off track.  Simply reminding people to focus on the meeting outcomes over general discussion is a safe first step before moving on to other solutions (if necessary).

This is a bit of a trick answer.  While the retrospective is meant to be a time to review and reflect on the sprint outcome and process, and is a great time to discuss improvements for the next sprint, it's not the right time to discuss interpersonal or recurring problems.  There are two red flags here.

The first is that since the Product Owner doesn't need to be at the Daily Scrum, they don't need to be involved in this conversation.  This is a discussion the developers should have between themselves, potentially with Scrum Master facilitation.

The second problem is this lets the problem persist for the entire sprint.  If this was brought to your attention within the first few days of a 1-month sprint, there is nothing "agile" about letting a problem persist for 20+ days before addressing it. 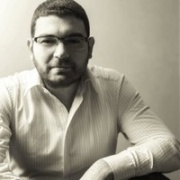