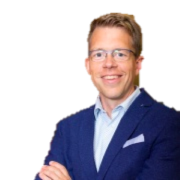 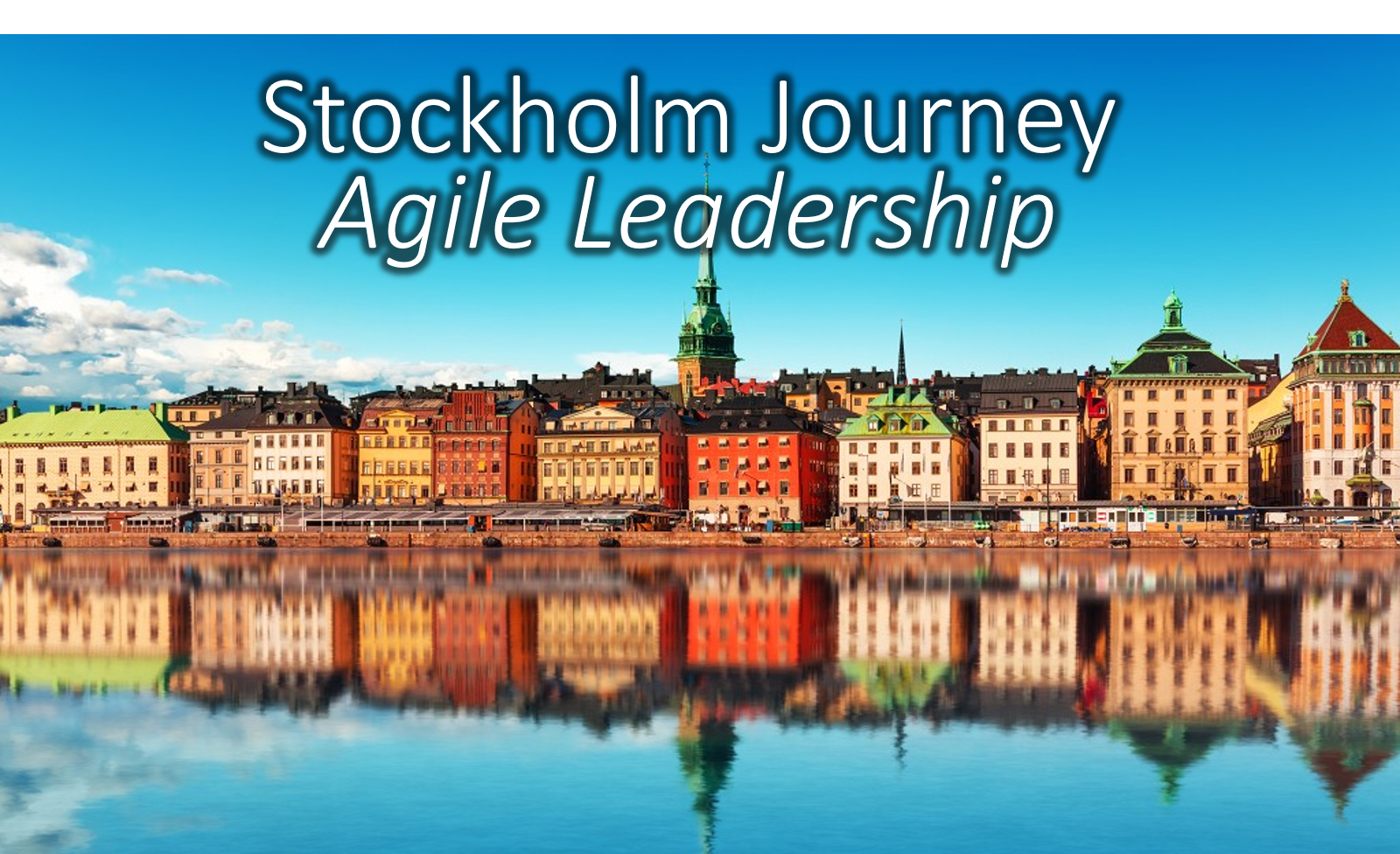 End of September we went to Stockholm with 15 agile leaders. We wanted to visit several companies in and around Stockholm to see how they created a thriving environment for agile teams. After a lot of fun and inspiration, we concluded that the below tips were the most inspiring!

1. 'Above the line' behavior

One of the visits was to Centigo. They want to create Business Wellness by supporting companies in creating a healthy environment for their employees where people love to work and where enough profit is generated to create a healthy future. They have a very flat organization: without CEO and without plans. They really designed a new type of organization and are pretty successful with it!

One of things that made it successful really resonated with us! We liked the simplicity and clarity it brought. They had a very simple rule to make it clear what behavior the employees expected from each other. They called it 'above the line behavior'. When somebody was late at a meeting because of traffic, he (or she) could say 'I couldn't help it, too much traffic!'. Somebody in that meeting simply replied with: 'Feels like below the line'. Because the delayed person didn't show responsibility or maximized the ability to handle. 'Above the line' behavior would be: 'In hindsight I had to leave earlier' or 'I'm sorry I'm too late, I slept too long'. We liked the simplicity of the rule to create a culture of accountability and ownership. 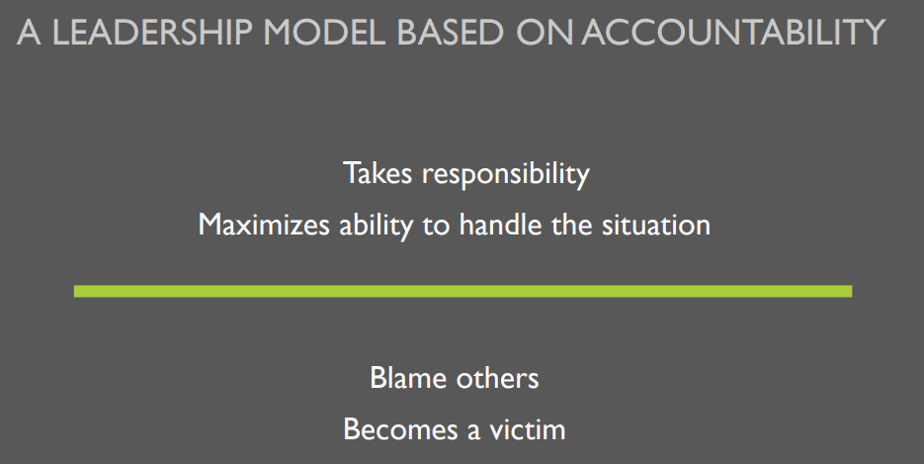 The simplicity of this rule was a nice example of the story we heard from Ericsson earlier. One of the quotes they used in their agile transformation was from the former CEO of Visa:

The Large Scale transformation at Ericsson was powerfully explained by Marianne Rimbark. She emphasized: to create speed and agility in complex situations, create 'roundabouts' in stead of traffic lights.

2. It starts with Local Leadership

All the companies we visited had one important common ingredient: Local leadership. There was always a leader that drove the transformation. At Spotify it were the founders, at Scania it was one of the middle managers, at Ericsson a middle manager initiated the change. At Scandic it was the HR director who started.

Again and again these leaders had a variance of the following two beliefs:

They didn't wait for the top manager to start the change. They felt that they had to initiate change locally and use the success, benefits and advantages to influence change at a larger scale.

A north star gives direction in uncertain situations. The compass shows which way to go, although we're in uncharted waters. Several companies showed that they combined a long term focus with short-term experimenting and learning. A nice example was Centigo: they had a 100 years strategy.

And also Ericsson had a long term strategy. This strategy was communicated over- and over again to the people to make it stick and tangible.

Measurement and metrics were used often. Especially Dynabyte was a nice example, they gave metrics and data-trends to their people on everything. From the number of hours worked, the satisfaction of the customers, the number of referrals on Social Media to the number of sales-visits last week. Ericsson had a nice mantra:

4. Figure it out yourself

A very inspiring and interesting visit was to Crisp. Joakim Sundén gave a nice presentation of his long term experience with Spotify. He was one of the first agile coaches at this inspiring company and really saw its explosive growth from within. He still finds it strange that a business model and organizational structure that is uses to for rapid growth and a massive digital market is being copied to stable (or shrinking) organizations that are regulated heavily. People copy the rules and structure, not the mindset and culture.

I really liked one of the improvements Spotify made to their way of working (compared to the last published versions). They really implementing dual- or multi-leadership in the Tribes. The development-leader, the product-leader (and of the UX-leader) share the same responsibilities for the overall success of the Tribe!

But also about finding solutions to problems quickly. Joakim finished his presentation with this slide:

Siri Wikander gave a very inspiring insight in how they improved the culture at Scandic Hotels. They really used the power of viral change and social influence to improve the culture. One of the key ingredients was using micro learnings. They actively promoted and used an app for all the employees containing small videos (by and for the employees) on all kinds of practical things like: how to fold a towel creatively, how to make the best irish coffee or how to exceed customer expectations.

This bottom-up transition wasn't controlled too much by top-down management, instead the leaders were really supporting the change. The employees decided on what to improve and how to improve it and they inspired each other through the social-network. This resulted in the highest customer-satisfaction score in the Nordic hotels.

Not particular from one company or story, but still a common theme during the visit was about new hires. On hiring new members or employees the leader should search for people that bring an addition to the culture. Not people that just fit with the team or have the experience, but look for people bringing flavor and color to the group.

Next, the leader can learn how to coach and support the teams in searching for team members that at flavor to the team.

One of the key things that is still resonating from the Spotify story, the Dynabyte visit and the Centigo leaders is the investment and structure to coach the employees (team members called at Scandic Hotels).

We expect a lot from our people. It's crucial that they have an ambition and develop themselves. We should coach and support them well or else they will get a burnout or worse.

Spotify had one dedicated chapterlead for roughly eight people. Every employee at Centigo often had two coaches: one for the craftsmanship and one for personal development (not dedicated coaches). Dynabyte invested heavily in growth and development.

With the move to self-managing and boss-less-organizations, I see too many organizations that just expect people to develop themselves, without any support or structure. It was inspiring to see that many of the visited organizations had proper structure and tools to help people grow.

Peter is public speaker, author of the book 'Agile Leadership Toolkit' and leadership coach in larger companies in the Netherlands. He is married, has two kids and is a fan of Formula 1 (Max Verstappen). 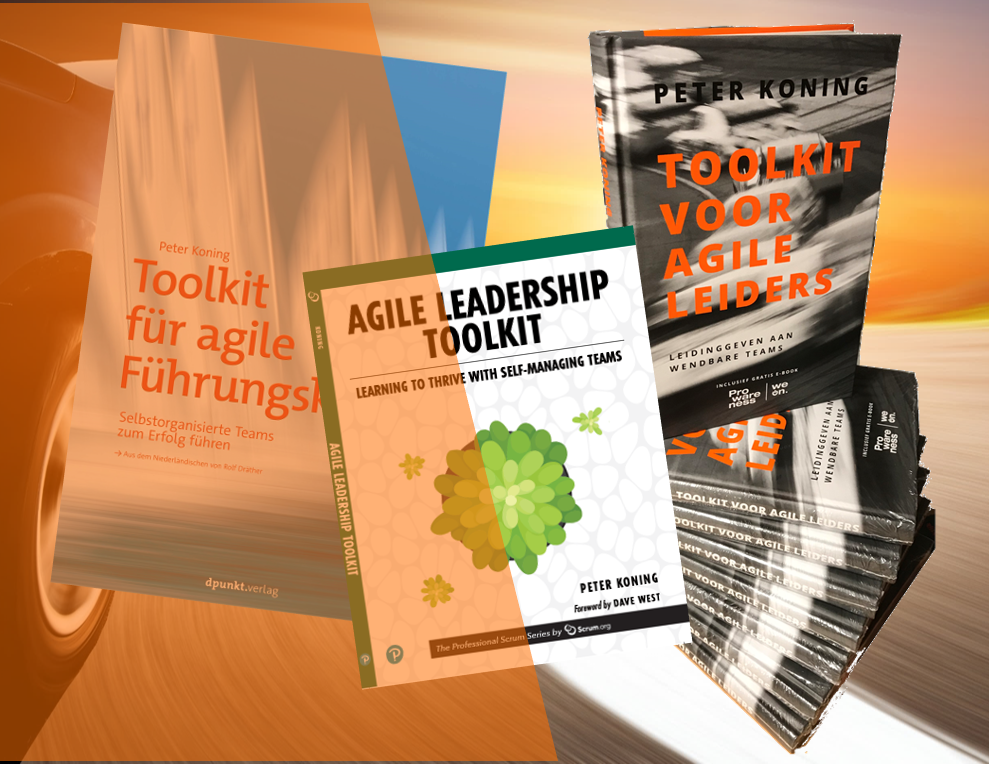