The Agile Manifesto from a Lean Perspective

“Everybody has their manifesto; let them talk their language, come to the people, and the people will decide” -- Prakash Raj 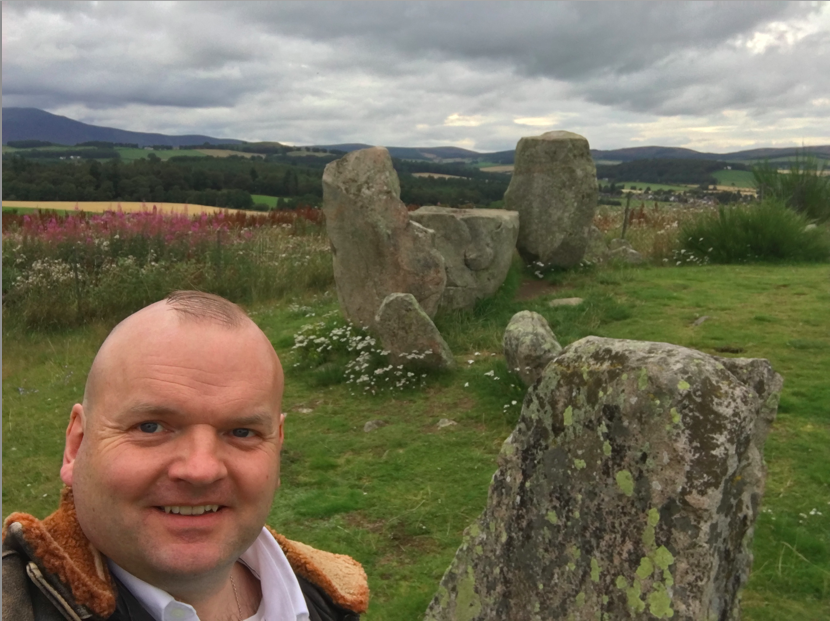 Well, since you appear to have difficulty remembering, let me narrow things down. There is an excellent chance you were not at the Snowbird ski resort in the Wasatch Mountains of Utah. You were not there because you were not invited. Darn it though, neither was I. The nonexistent wound, inflicted by no-one, can remain the most fresh.

Snowbird. Where “seventeen people met to talk, ski, relax, and try to find common ground”. The result of this buzz session was, of course, the Agile ‘Software Development’ Manifesto. Can we perhaps see into the minds of those who were there? In the published history of the meeting, they claim to have sought consensus, and that they tried to reach a position they could all agree on. Yet as we have subsequently discovered, agility meant -- or came to mean -- something different to each of them. This is inevitable. Each attendee was a different person who brought their own knowledge and experiences. The Agile Manifesto is the work of unique individuals who met in a particular place, and it is an artifact which has withstood the test of time. We are left to decode its inner mysteries, like an ancient stone circle. What was really going through the minds of the builders? Did each perceive the same thing when they created it, in their mind’s eye?

To what extent, for example, is the Manifesto a reflex of “lean thinking”? Along with methods of round-trip development, it was in a sort of ascendancy at the time. There’s a clear synergy between lean and agile practice, and attempts to tease them apart can often seem contrived and artificial. Then again, we know they don’t describe quite the same philosophy or way-of-working.

Interestingly, in the published history of the Agile Manifesto, the word “lean” does not appear even once. Could it be that the authors were influenced by a “lean” gestalt which they saw no reason to explicitly acknowledge? Let’s walk through the twelve principles of the Manifesto, and see if we can examine each of them through a lean lens.

We don't have a “Lean Manifesto” against which these principles might be compared, and which has gained anything like the same traction. There is however a common understanding that when lean practice is implemented, several types of waste will be challenged. There are various schemes for enumerating the 7 or 8 wastes that lean practice is said to resolve. Let’s pick one of the better known of them, TIMWOOD, and see if we can map the twelve manifesto principles to the kinds of “lean waste” they might help to tackle. 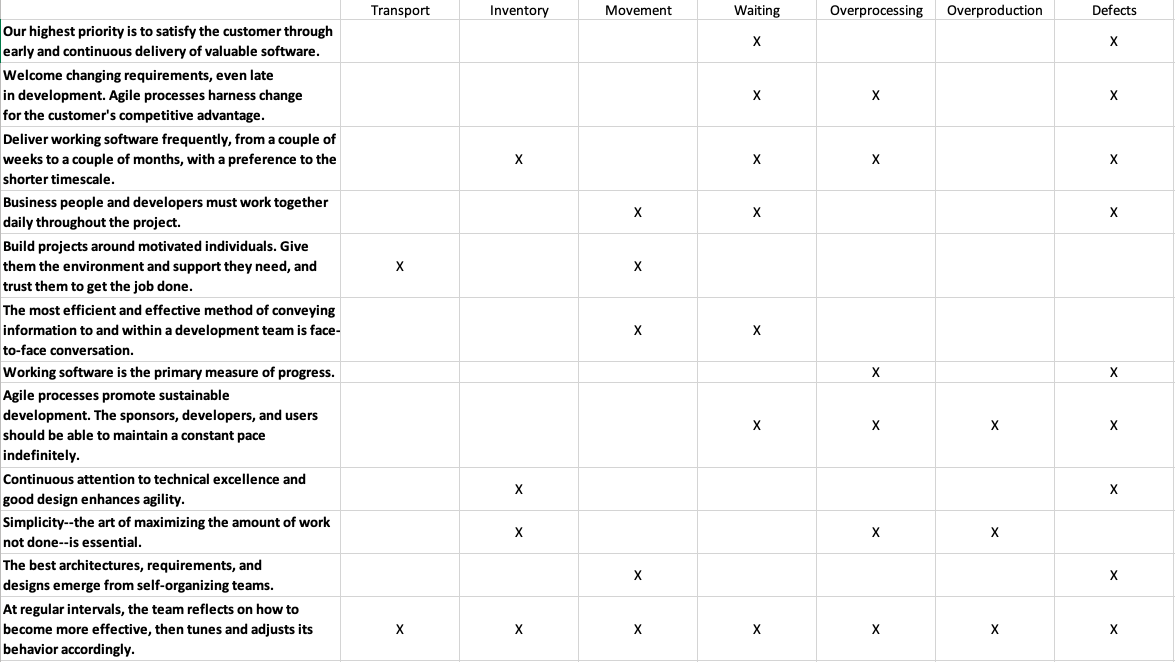 This mapping is hardly an exact science. If you were to do a similar thing yourself, you may very well come up with a different interpretation. However, it’s the exercise itself which is important. For those of us who didn't make it to the ski slopes, I suppose it could be valuable.