Yes, even absolute beginners can prototype an app. And learn a lot about agile product management, Scrum, empiricism, product design, and user experience along the way.

If you intend to live up to Scrum and agile product development’s full potential, creating a shared understanding of how empiricism works among all co-workers in your organization is essential. This low-cost exercise of creating clickable prototypes will significantly improve your organization’s agile transformation. 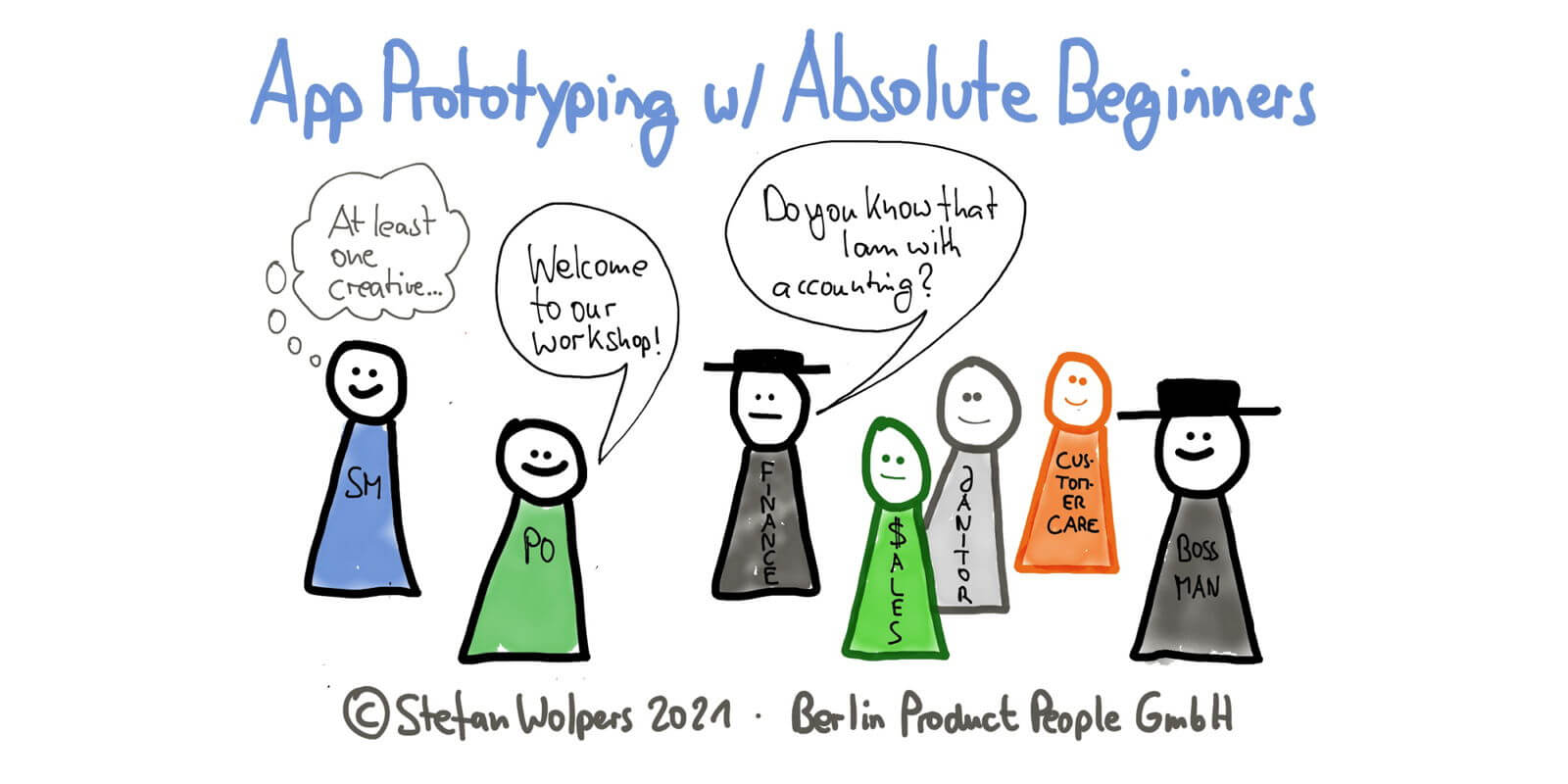 🗞 Shall I notify you about articles like this one? Awesome! You can sign up here for the ‘Food for Agile Thought’ newsletter and join 30,000-plus other subscribers.

Join more than 120 peers from May 27-29, 2021, for the Virtual Agile Camp Berlin 2021, a live virtual Barcamp using open space technology principles and practices.

Why Organize an App Prototyping Workshop?

A long time ago, I wrote a post titled No More LEGO® At Agile Workshops – I Am Tired Of Building Airports, expressing my annoyance with the common practice of exercises in workshops that use an inappropriate means in my eyes. I also promised to experiment with an alternative: Building app prototypes, utilizing one of the many prototyping apps in the market. And here is what I learned finetuning this experiment during several workshops.

The Challenge: Help Your Co-Workers from other Departments Understand Agile Product Development

The purpose of organizing these app prototyping workshops was to improve the collaboration between various departments on the one side and the product people—practicing Scrum—on the other side of my client’s organization.

Before the workshops, the internal stakeholders expected the product team to turn requirement documents into deliverables. The product team made buttons, links, and landing pages but was far from being perceived as the “problem solver and domain expert” to seek help from within the organization.

This proved to be a significant obstacle as the stakeholders tended to involve the product team too late to create value for customers. To change that practice, we started running these cross-departmental educational workshops. All participants in the app-building workshops were hence complete newbies to designing a (digital) product.

The Objective of The App Prototyping Workshop

The purpose of the three app prototyping workshops was to provide the participants with an overview of how agile product management is working:

We agreed with the organization’s management that all new hires of each month would go through the workshop, regardless of their role or position. We had VPs, accountants, customer care agents, salespeople among the participants—the whole breadths of people employed by the organization.

The Preparations For The App Prototyping Workshop

Usually, seven to ten people participated in the four-hour-long app prototyping workshop. They were only told a day before what the task would be: Build an app that facilitates team events.

Also, we asked them to install the free Marvel prototyping app and provided them with some examples of what a prototype may look like. This task proved challenging: One group out of three failed to install the prototyping app. Of the two other groups, no more than two participants installed the app in advance. 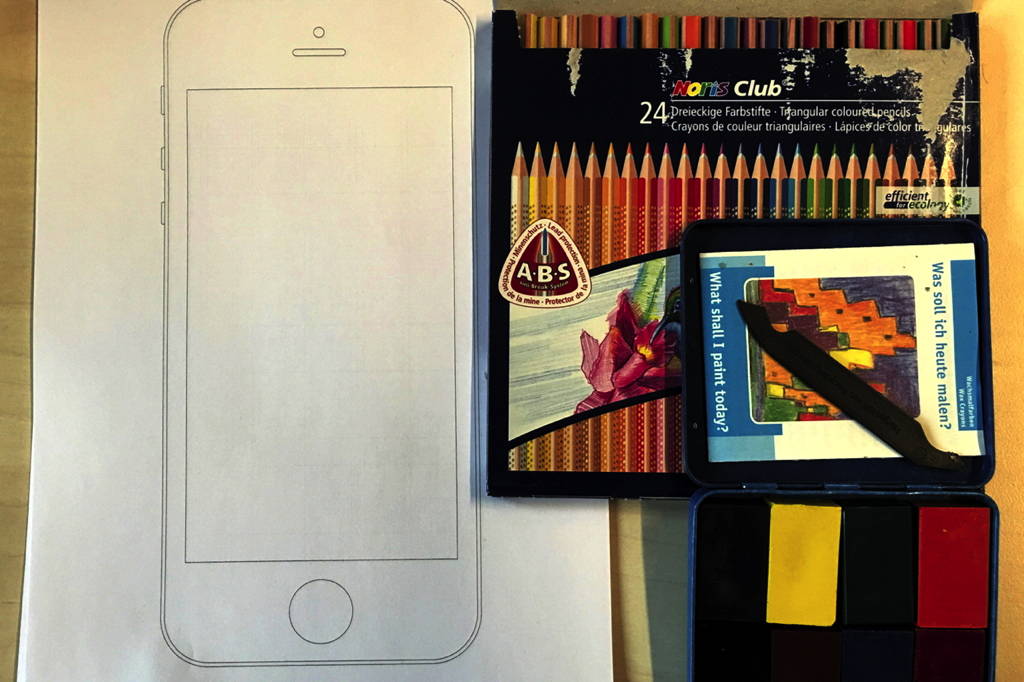 A workshop consisted of seven parts:

This is a general introduction to the difficulty of figuring out what to build. That having ideas is not a problem, but picking the correct hypothesis to run experiments. (The Michael Dell–based “Ideas are a commodity. Execution of them is not.” approach.)

Next, we introduced user story mapping. The exercise was not called that way, but the group needs to learn how to turn a bunch of random ideas into a basic concept. We exercised the concept with the breakdown of the morning ritual of getting out of bed and to the office into single steps. We also introduced the idea of versioning or minimum viable product by imposing a time constraint: “You did not hear the alarm clock, and you have to leave within 5 min.” 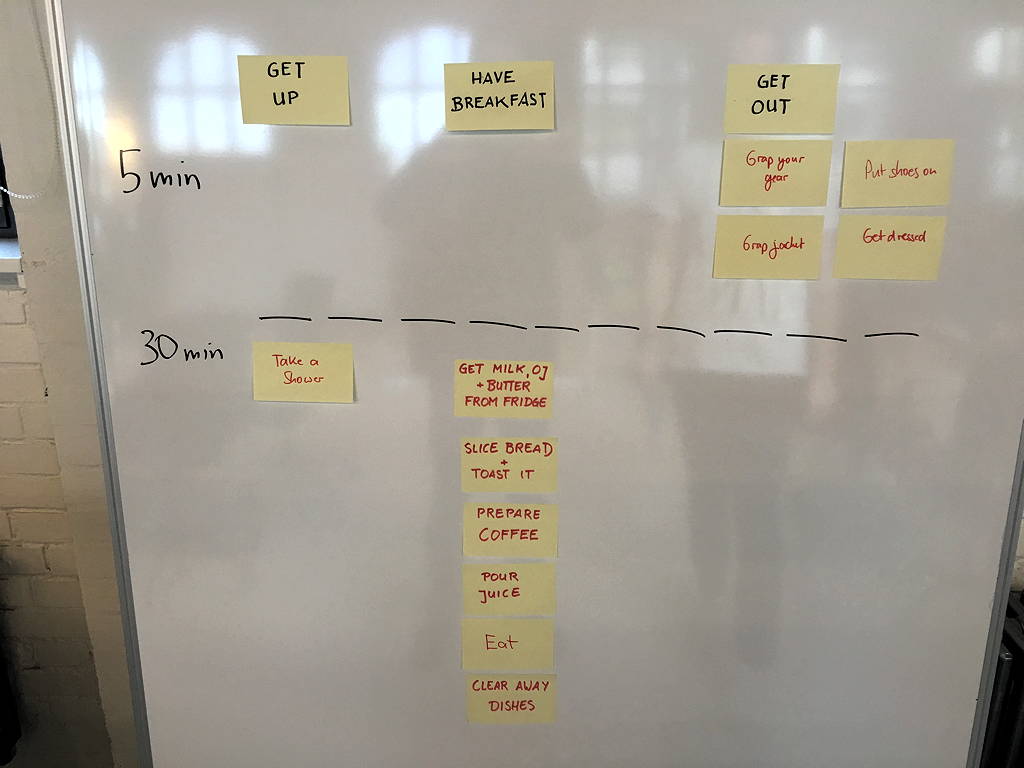 Then we ran a 30 min session on creating a user journey for the team-event organization app. We did this by splitting the group into two competing teams. At the end of this exercise, both teams pitched their solution to the other team. (It is interesting to see how different the app’s concepts can be even after merely 30 minutes.)

The following part took about 20-30 minutes, and both teams worked together again to create a unified customer journey/user story map. (It never hurts to experience design by committee.)

Once the unified concept was available, the two teams formed again and started creating their first mockups. This took about 40 minutes, including a short presentation of both teams at the end. (Again, we did not call this a Sprint; naturally, there was also no Sprint Review, but a “show us what you’ve got!”)

Then, each team had a second Sprint to continue working on the mockups, iterating a new version based on the previous presentation’s feedback. Again, this session was followed by another “demo” at the end. 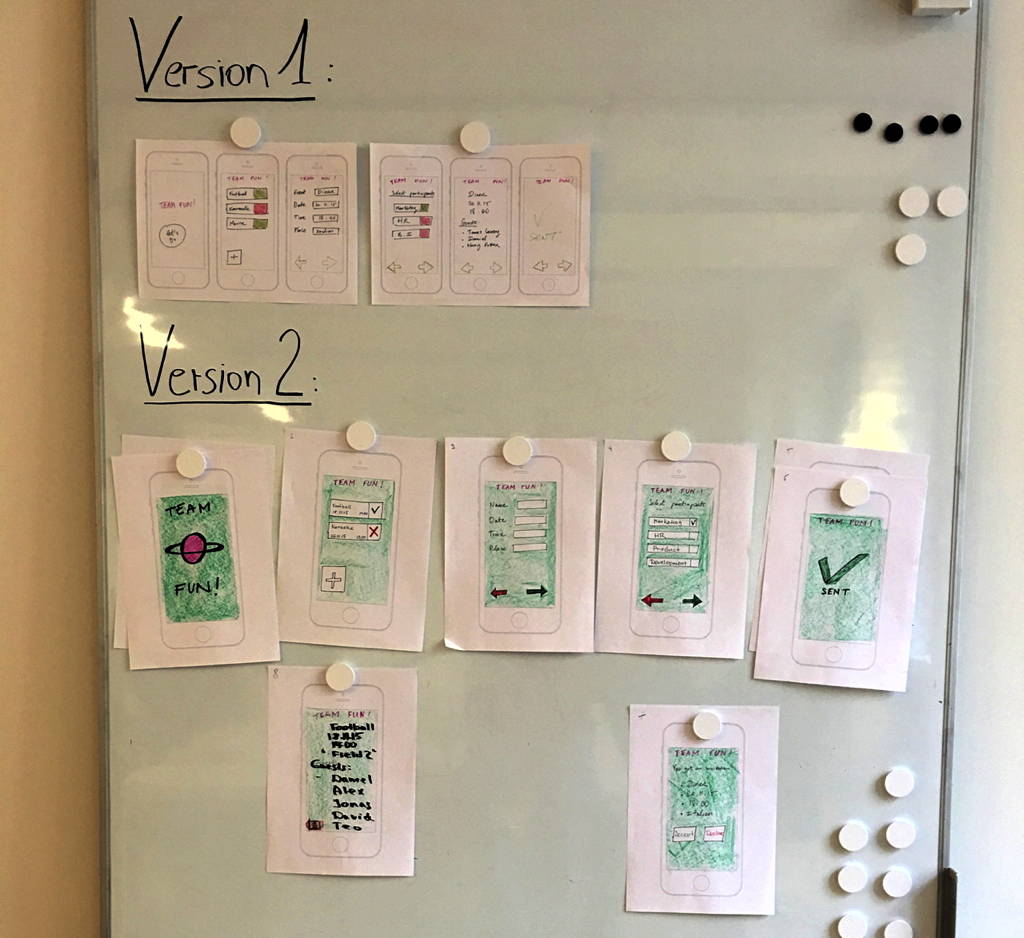 Lastly, the teams produced a simple prototype based on their mockups with Marvel’s prototyping app, so they did not leave the workshop empty-handed. Of course, we could have extended the workshop experience by adding another Sprint or introducing user interviews. However, given the workshop’s limited time, we concluded that two Sprint would have to suffice.

The Conclusion: Can Absolute Beginners Prototype an App?

Our learning was simple: Yes, even absolute beginners can prototype an app. And learn a lot about agile product management, Scrum, Empiricism, product design, and user experience along the way.

The typical feedback ranged from “Great” to “Now I understand how complex your job is” to “I like to learn more about it; it’s Fascinating.” And everybody understood why throwing a requirement document over the fence at night wasn’t the best level of collaboration regarding creating values for our customers.

There was one thing, though, I would like to change: Four hours were not enough to include a user feedback session on the app prototypes. I wanted to turn the morning workshop into an all-day workshop to allow the participants to gather feedback on the prototypes they built from real users. Coming up with a hypothesis on how a team-event organization app might look like and hacking a prototype is one thing. Getting feedback from “real users” on this hypothesis would be a very different game.

If you like to improve the communication between stakeholders and the product team(s) within your organization, considering giving this kind of hands-on workshop a try.

If you have any questions concerning running it, please let me know—I will gladly support you.

✋ Do Not Miss Out and Learn about Product Backlog Defense: Join the 9,000-plus Strong ‘Hands-on Agile’ Slack Team

7 Best Practices On How To Build A Product Roadmap