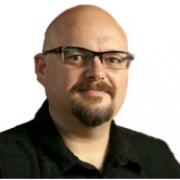 At Scrum.org, we sometimes dare to talk about our what we do as “bringing humanity to work.” Sometimes I get reminded this idea is more than hyperbole or aggrandizing.

This week I was a guest speaker at a small symposium on DevOps  in my hometown of Seattle. I spoke about Scrum.org’s take on DevOps, which we shall leave as the subject of a future post.

As the event was wrapping up, I was approached by an attendees who looked me square in the eye and with full sincerity posed the following question.

How can we get all of those things you mentioned without changing everything?

I simply didn’t know what to say. This seems to be the logical equivalent of an unfit person asking:

How can I win a medal at the next Olympics without making any changes to my lifestyle or training?

Perhaps I shouldn’t have been dumbstruck by this, but I felt for a moment as though I were in the punchline frame of a Dilbert cartoon.  I don’t know this person. Any attempt to ascribe a reason to his question is conjecture, but the question has been asked before many times by others. Why?

Why might someone say such a thing? Perhaps because the benefits being discussed are obvious, but change (especially unforeseen change) creates fear, uncertainty, and doubt (FUD). The FUD created by change can be seen in an old agilist tool, the Change Curve. Read more about change response as grief and the change curve here.

After considering what this person may be feeling while simultaneously craving the changes I proposed in my talk, I’m seeing the question in a different light. Now I have questions of my own.


In fact, the person asking this question is exactly who agile values can liberate. Liberation could even mean working in an organization with a culture that welcomes change instead of fearing it. Imagine the difference that could make in people’s lives.

I've been reminded that just because someone is resistant to change doesn’t mean they don't want it.